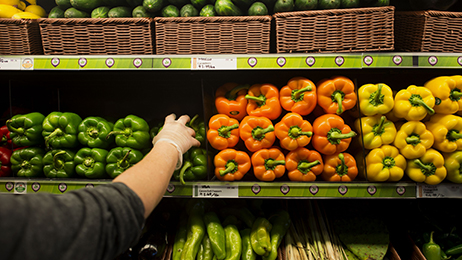 Two Cabinet secretaries who are overseeing the 2015 Dietary Guidelines for Americans—U.S. Department of Agriculture Secretary Tom Vilsack and the Secretary of Health and Human Services Sylvia Burwell—have decided to disregard sustainability in writing them, NPR reports.

The Dietary Guidelines Advisory Committee concluded earlier this year that a plant-based diet promotes both a healthier body and a healthier planet, and the committee recommended that sustainability be taken into account when determining the government’s dietary advice.

Vilsack and Burwell have said: “We will remain within the scope of our mandate…which is to provide nutritional and dietary information.” The two added that sustainability is important, but the 2015 DGAs are not the best vehicle for that conversation.

The conversation about sustainable diets is mostly centered on meat production, which requires a lot of land and water to grow grain in order to feed the livestock while also contributing to methane emissions. Janet Riley of the North American Meat Institute says that experts need to have a more thorough understanding of how food production affects the environment before arriving at any conclusions.

She added: “If you compared 10 pounds of apples and 10 pounds of meat, the meat surely has the larger carbon footprint, but it also delivers more nutrition, it nourishes more people longer” because it contains more calories and more protein. Although apples aren’t a proper alternative to meat, more sustainable substitutes do exist. For example, according to the Harvard School of Public Health, a cup of cooked lentils contains about 18 grams of protein and does not contain unhealthy saturated fat or sodium found in a lot of meat.