What the new U.S. dietary guidelines will probably advise Americans to eat 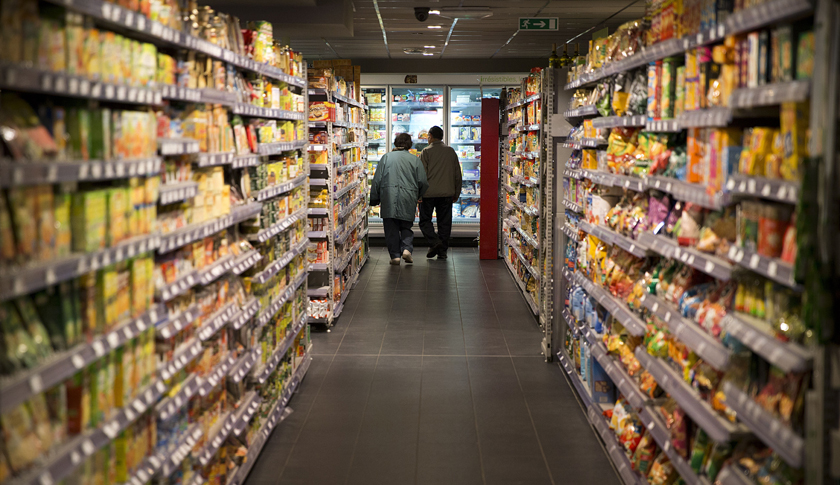 Since 1980, the Dietary Guidelines for Americans (DGA) have been providing information to Americans on how to make choices to reach a healthy weight, prevent disease and promote overall good health.

The Dietary Guidelines provide recommendations on food and physical activity for Americans aged two and older and are the driving force behind federal nutrition policy, education, outreach and food assistance programs, including school breakfast and lunch programs. The Guidelines are used by both the public and industry, and by a wide variety of nutrition educators, health professionals and government agencies.

So who comes up with the Guidelines and what are they based on? And what’s on the horizon for the 2015 DGA?

Where do these guidelines come from?

The guidelines are developed by the Dietary Guidelines Advisory Committee (DGAC) based on the most up-to-date scientific information and released jointly every five years by the US Departments of Health and Human Services (DHHS) and Agriculture (USDA).

They take a long time to create – work for the 2015 Guidelines started in 2013 with the nominations and selections for the DGAC members. After the committee was formed, members reviewed the current scientific evidence through the fall of 2014. In March of 2015, the DGAC released its scientific report and recommendations for the next set of guidelines. Finally, in the fall of 2015 the new DGA will be released to the public.

The public also gets to play a role in this process. Public comment is solicited throughout the process and the final comment session ends at midnight Eastern Daylight Time on May 8 2015. The committee takes input from the public seriously, and will review all comments submitted.

How do the Dietary Guidelines influence eating habits?

A strong recommendation or message from the DGA to limit a particular food or nutrient category may influence food trends from both the consumer choice perspective as well as from the manufacturer perspective. On the flip side, it may not.

A good example of this is the fact that despite repeated recommendations to reduce sodium in previous versions of the DGA (as well as the upcoming 2015 DGA) the average American is still consuming quite a bit more than the recommended amount.

This is not completely the fault of the consumer. Manufacturers continue to add salt to food products making it pervasive in the food supply and very hard to avoid for many people.

Food and beverage groups also keep a close eye on the Guidelines to see how they will affect their industries. Some even lobby Congress when they don’t like what they see.

Over the years, Americans have generally been encouraged to eat more fruits and vegetables and less sugar and salt.

Although the overall themes of the 2010 DGA won’t change in the 2015 DGA (such as balancing calories to maintain a healthy weight and increasing consumption of fruits and vegetables) there will be some key differences. For instance, the DGAC is recommending a shift in focus to a more sustainable, environmentally friendly, plant-based diet that focuses on whole foods, not specific nutrients.

The DGAC’s recommendations include a specific emphasis on protecting our environment through planet-friendly diets (think: less packaging), but also less meat. And, the Guidelines focus on limiting marketing of unhealthy foods to children, such as those with added sugars and unhealthy fats.

The DGAC is also recommending big changes to food labels to make them more user friendly for the general public. Very soon you may see labels with larger, bolder letters.

And, in an ongoing effort to educate people about limiting added sugars, food manufacturers will be required to print the amount of added sugars on the new label.

What’s behind the focus on whole foods

The concept of eating the whole food to get needed nutrients is much easier to understand than telling people to eat certain vitamins or minerals. For instance, a lot of people do not know what folate is (one of the B vitamins) or where to get it. This means that instead of suggesting someone increase fiber and B vitamins, the recommendation might be to eat more beans.

And the concept of “less is more” is a strong message for health. That means stick to the original form of the food as much as possible instead of consuming processed foods. The less processed, the better. And focusing on whole foods versus nutrients is something Dietary Guidelines in Europe and elsewhere have been doing for years.

Cut to the chase – what am I supposed to eat?

As before, the 2015 Guidelines will continue to encourage Americans to eat fruits, vegetables, beans and legumes, nuts, seeds and whole grains.

Whole grains or foods made from them include all the important parts of the grain seed, and thus many naturally-occurring nutrients, which processed grains, such as white flour, don’t have.

Seafood and low-fat or non-fat dairy products like milk, yogurt and cheese are also on the “in” list. Eating more of these foods will help Americans get enough of important nutrients, including vitamin D and calcium (for bone health), potassium (to make sure cells, tissues and organs are healthy) and fiber. Fiber might be more important than you realize. It is good for bowel function, and can help reduce cholesterol, lower the risk of heart disease, obesity and Type 2 diabetes. It also keeps you feeling full with fewer calories.

While seafood is in, a lot of meat products are not. With an emphasis on protecting both the planet and our health by focusing on plant-based diets, foods like processed meat (ham, bacon, corned beef, salami, bologna, pastrami, hot dogs) and red meat are not on the “in” list. These foods are also high in saturated fat, which the DGAC recommends limiting.

And eggs are OK again. In one of the biggest changes, the DGAC has reviewed all the latest information about dietary cholesterol, particularly in relation to heart disease, and found that there is no need to restrict it anymore. Previously, the recommendation was to limit cholesterol to no more than 300 milligrams a day. For reference, one large egg has approximately 175-185 mg of cholesterol.

And, in case you missed the advice on added sugar from previous Guidelines (hint: it’s not recommended) the latest edition of the DG recommends that sugars be consumed in low amounts.

In fact, the DGAC recommends added sugars make up no more than 10% of total daily calories. This means if you eat 2,000 calories in a day, your added sugars shouldn’t be more than 200 calories. Every gram of sugar has four calories, which is about 50 grams of sugar total. To put this in context, one can of soda has about 33 grams of added sugar.

If you drink alcohol, keep it moderate. This means one drink per day for women and up to two drinks per day for men. But, all you caffeine lovers out there, go ahead and enjoy a few daily cups of joe. The DGAC has given coffee its stamp of approval and they even suggest that coffee may be beneficial to overall health.

This article was originally published on The Conversation.
Read the original article.