Another Steve Jobs’ loyalist is ‘heartbroken’ over new movie 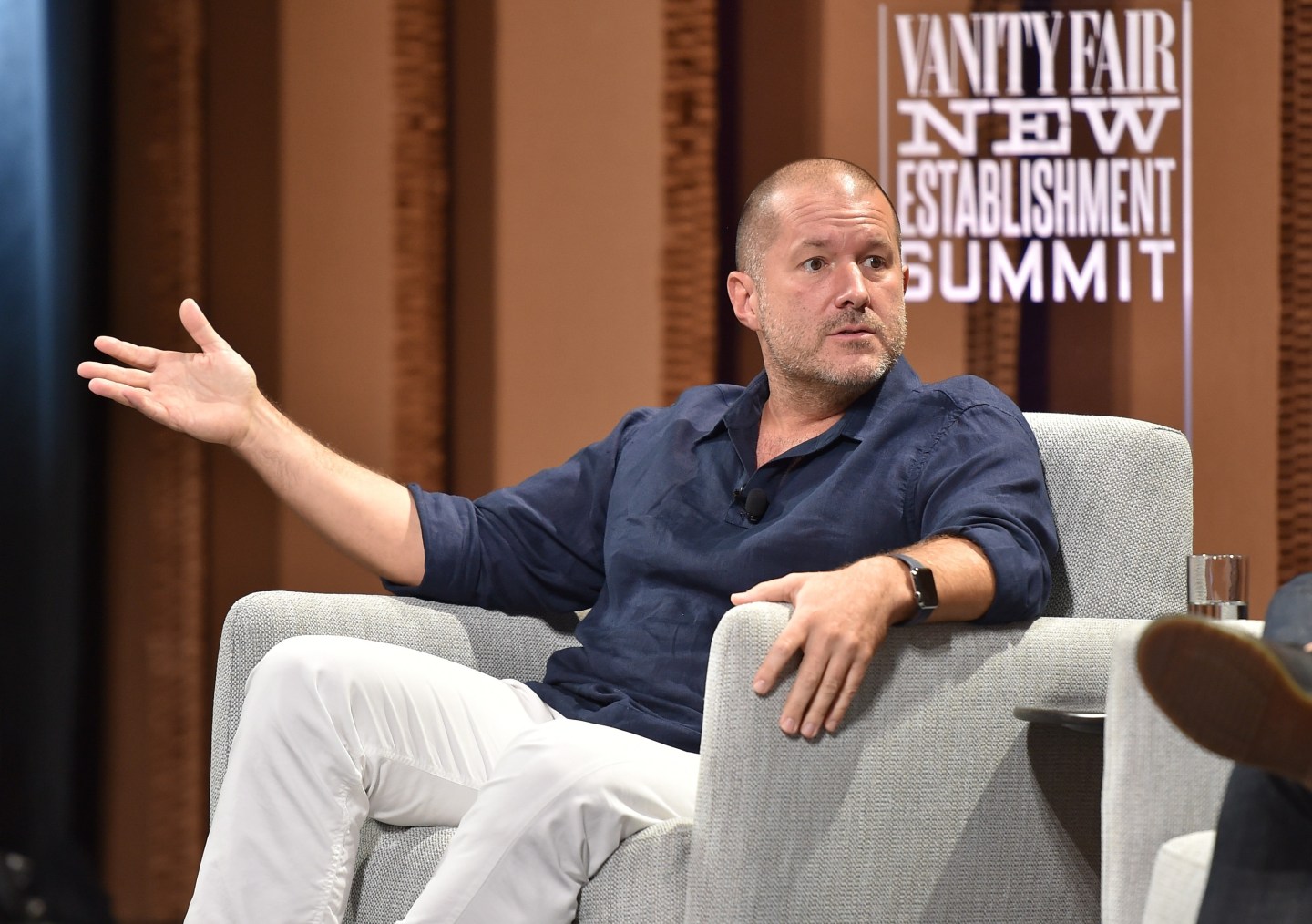 At a Vanity Fair summit Wednesday, Jony Ive—Steve Jobs’ closest confidant at Apple—joined the chorus of loyalists speaking out against the new movie that opens in New York and L.A. tomorrow.

Jobs’ widow reportedly tried to prevent it from being made. His successor called it “opportunistic” on national television. His oldest advisor told the Wall Street Journal it would poison Jobs’ memory for a whole generation.

Ive’s comments, made at a Vanity Fair summit Wednesday, after first acknowledging that he, like the others, hadn’t seen the film, were perhaps the most heartfelt.

“This is a primal fear of mine,” he said. “It touches quite deep for me in that how you are defined and portrayed can be hijacked by people with agendas that are really quite different than yours and those of your close family or friends.

“There are sons, daughters, and widows who are incredibly upset… We are celebrating Steve’s life, and at the same time, we are [seeing] the incredibly choreographed release of a film about him, and I don’t recognize that man at all. It’s heartbreaking. I’m sorry to sound grumpy, but it’s sad.” (See the YouTube attached below.)

I understand the “highjacking” bit. This is the fourth anniversary of Steve Jobs’ death, and his friends and relatives would have preferred to celebrate his life in their own way.

But the legacy of Steve Jobs is not theirs to control.

It strikes me as odd, but not out of character, that Apple would throw corporate resources—the CEO, chief design officer, a longtime member of the board—at a task so unlikely to succeed.

In general, it’s not wise to critique a film you haven’t seen, especially one that, according to Rotten Tomatoes, more Americans want to see than any other.

“The accuracy of this portrait is not my concern,” writes the New York Times’ A.O. Scott in today’s review—like almost all of them, a glowing one. Nor will it be the concern of most people who see it.

“Cinematic biographies of the famous are not documentaries,” Scott writes. “They are allegories: narrative vessels into which meanings and morals are packed like raisins in an oatmeal cookie; modern, secular equivalents of medieval lives of the saints; cautionary tales and beacons of aspiration. ‘Steve Jobs’ is a rich and potent document of the times, an expression of both the awe that attends sophisticated new consumer goods and the unease that trails in the wake of their arrival. The movie burnishes the image of this visionary C.E.O. even as it tries to peek behind the curtain at the gimcrack machinery of omnipotence. Mostly, though, it is a formally audacious, intellectually energized entertainment, a powerful challenge to the lazy conventions of Hollywood storytelling and a feast for connoisseurs of contemporary screen acting. Michael Fassbender is in it. Kate Winslet and Jeff Daniels, too. Also Seth Rogen and Michael Stuhlbarg. They are all, as you might expect, really good. That should be enough.”