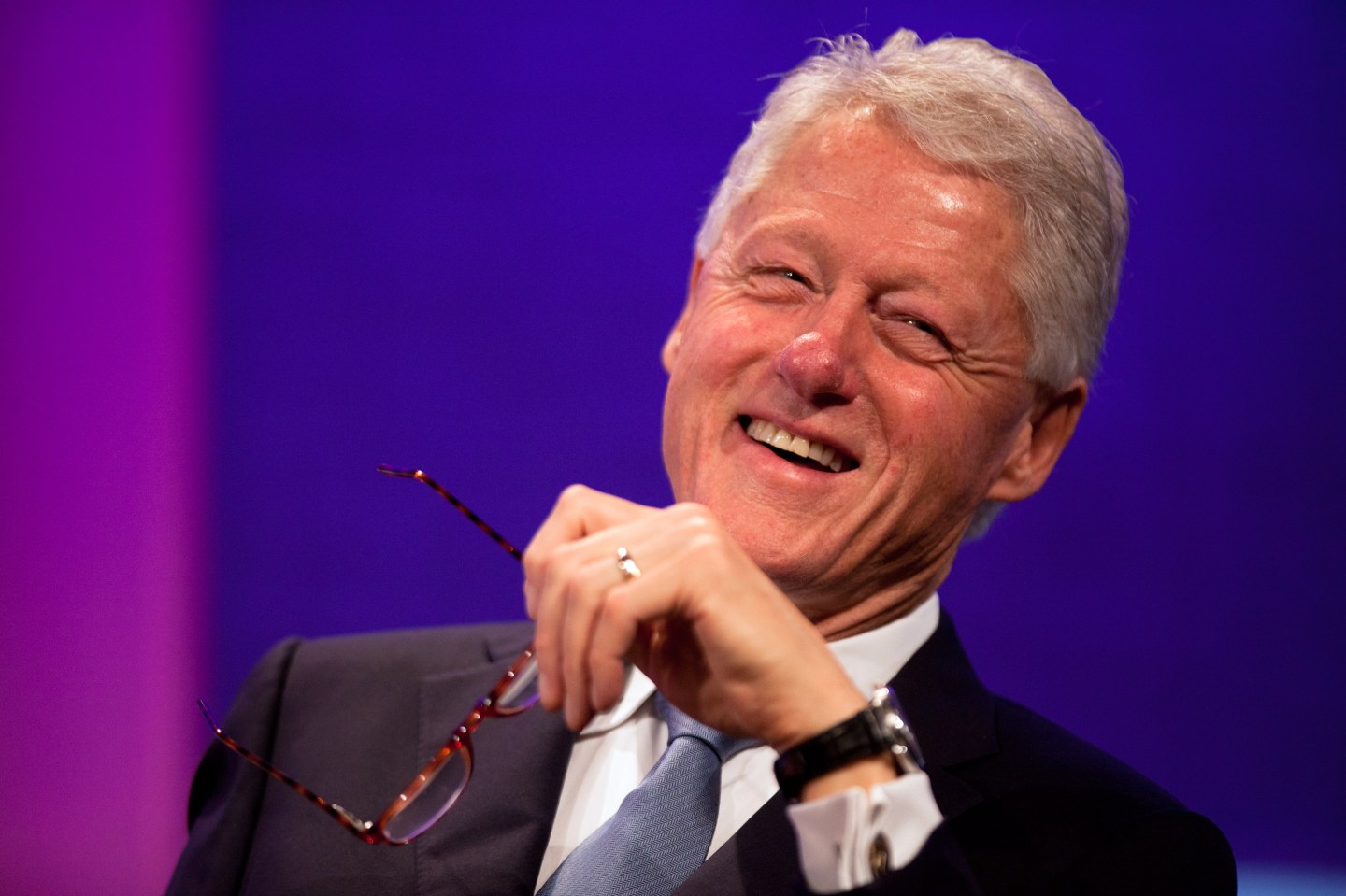 Bill Clinton‘s Tuesday night appearance on CBS’s Late Show with Stephen Colbert didn’t get the high household ratings that Hillary was likely hoping for. The Clinton campaigner was outshined by appearances from Lady Gaga and Jay Leno on NBC’s Tonight Show with Jimmy Fallon, Deadline reports.

Fallon received his best ratings for a Tuesday night since July 14 and beat both Colbert and ABC’s Jimmy Kimmel Live. Fallon received a rating of 3.0/8, Colbert got a 2.8/8, and Kimmel saw the lowest ratings at 1.7/5.

Lady Gaga went on Fallon’s show to talk about her upcoming role on American Horror Story, and Leno made a surprise appearance to help tell a few monologue jokes. Meanwhile, Clinton was over at NBC where he was helping to explain some of what’s going on during the presidential race.

Colbert reminded viewers that Obama has labeled Bill Clinton the “Explainer in Chief,” so the host asked him to explain Bernie Sanders‘ and Donald Trump‘s high poll numbers. He explained Sanders by saying:

There are a lot of people all over the world who are really hacked off that they think the system’s rigged against them and the rich get all the gains. In America, a lot believe Republicans reward people who go the furthest to the right, so the Democrats think it will be even more effective if they go further to the left.

As for Trump, he said:

It may have a short half-life, his campaign — I can’t tell you. But he’s a master brander and there is macho appeal to saying “I’m sick of nothing happening. I make things happen. Vote for me.”

Although Clinton’s appearance on Colbert’s show wasn’t the main event that night, it wasn’t exactly a flop. The 2.8/8 ratings were higher than Monday night’s of 2.5/6 and the previous week’s 2.6/8.