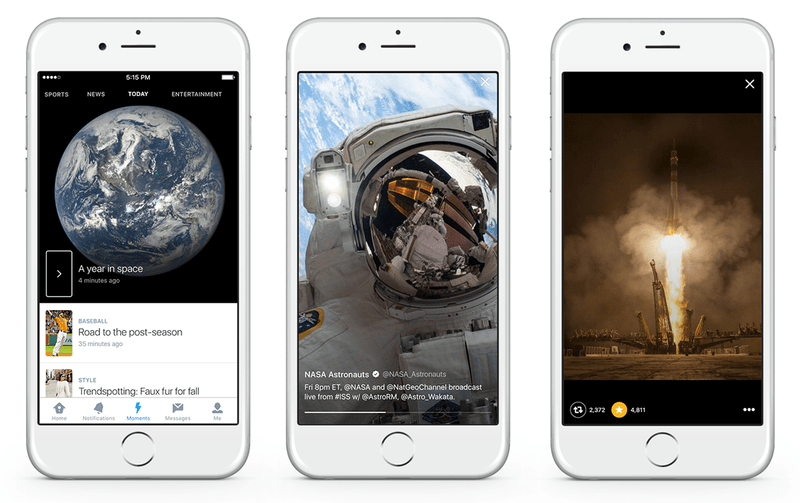 In Twitter’s last earnings call, CEO Jack Dorsey said that using the service should “be as easy as looking out your window to see what’s happening.” Twitter (TWTR) today made progress on that mission, launching Moments, a long-anticipated update that’s also been referred to Project Lightning.

Moments is meant to draw more new users to the service and more deeply engage with existing ones. In a special tab within the app and on the site, human editors will curate the best tweets around certain events. That way, if news is happening but a user does not follow the necessary accounts, they can still see the news and updates.

Twitter has a lot riding on Moments. With around 300 million active users, the company is under pressure to lure more new users to its service.

Moments has been in the works since before Dorsey was brought in as interim CEO. Yesterday, in a conference call announcing Jack Dorsey as its permanent CEO, Dorsey said the new function “feels amazing.” Launching it today gives Dorsey a great out — if it fails, he can blame it on his predecessors, and it if succeeds, he can take credit.