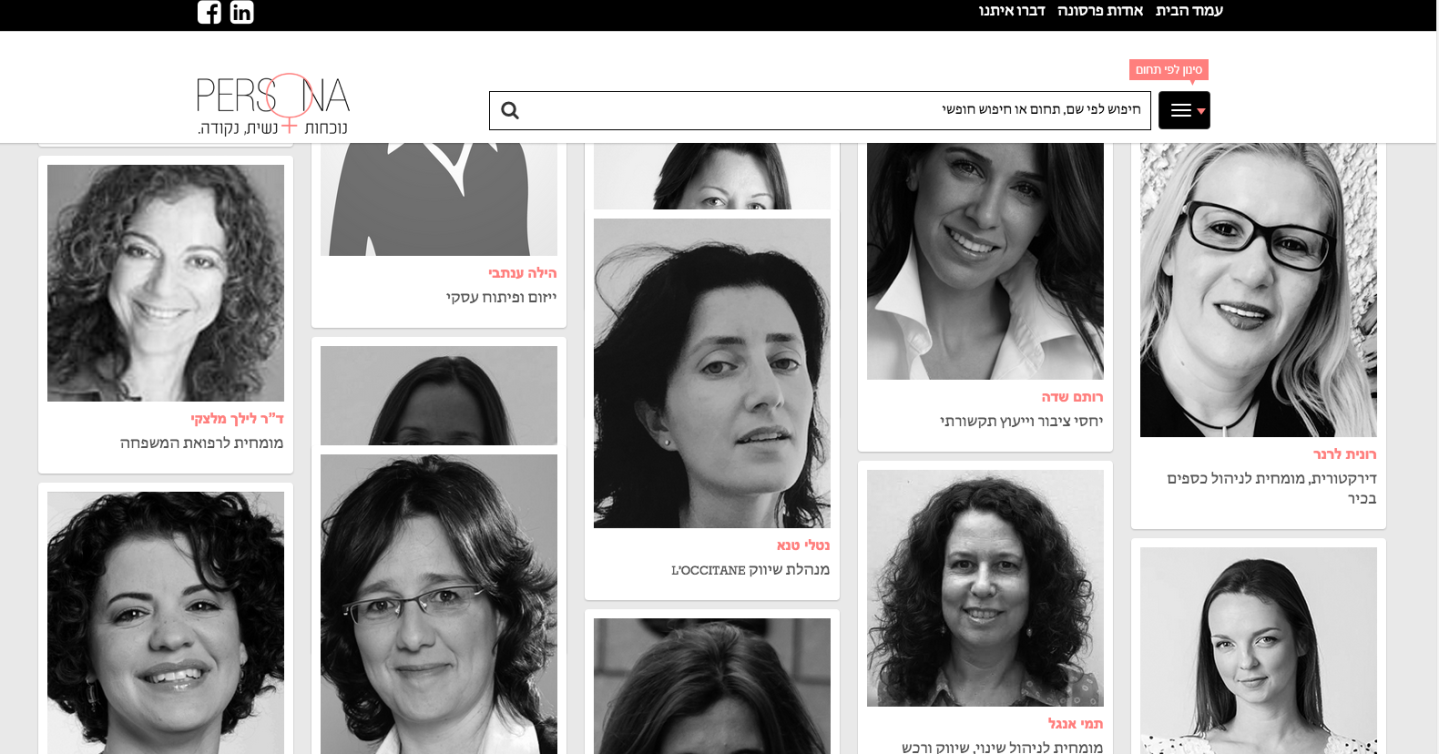 The lack of women headlining conference agendas and sitting on speaker panels isn’t particular to Silicon Valley—or even the United States. In Israel, one Tel Aviv business is tackling the problem with a radical goal: 50% representation for women on corporate boards, in government posts and on conference lineups.

Hana Rado, COO of ad agency McCann Tel Aviv, noticed the magnitude of Israel’s gender gap earlier this year when preparing to take the stage at one of the country’s largest business conferences. She was invited to speak about women in advertising, but when she saw that women comprised only 10% of the 220 speakers on the agenda, she decided to address a different issue: “Where are all the women?” Rado began reaching out to conference organizers throughout Israel, asking about the lack of women speaking at industry events. The response, she says, was unanimous: they couldn’t find any.

Rado and the women leading the global advertising giant’s Tel Aviv office developed an initiative to address the country’s gender gap. Persona, a website that aggregates Israel’s qualified women speakers across a variety of fields, launched six months ago and now includes close to 700 women, dozens of whom have spoken on panels since joining the database, says Rado. The Persona team has also campaigned against conferences where women are underrepresented, often contacting high-level attendees, including Israeli President Reuven Rivlin, to inform them of the event’s gender gap. Though they aren’t always able to dissuade such leaders from attending, “almost everybody agrees with us,” Rado said. “They tell us what we’re doing is a marathon, but we’re aiming to run a little faster than that.”

Rado and her team have also created a national campaign to underscore how the paucity of women taking center stage perpetuates the larger gender gap. When women aren’t visible, they lose opportunities. They may miss out on chances to meet investors, entrepreneurs and partners at venture capital firms, as well as the ability to serve as role models to the next generation of women.

Outside of conferences where women are underrepresented, the group flies banners with slogans such as “She has all the qualities to be a speaker except one thing – she’s not man enough.” They’ve also run a radio ad that features a male announcer pretending to begin a conference with, “Excuse me – will all the ladies please leave the stage so we can begin our conference?”

The Persona team is also looking at politics and planning campaigns for upcoming elections—which will for the first time include female candidates for attorney general and head of police. In Israel, only 13% of cabinet ministers are women. “We kind of imitate the U.S. in that the problem of gender underrepresentation is almost identical,” Rado said. “Our goal is to become more like Scandinavia or Germany.”

Similar programs are being developed in the U.S., though most have yet to catch up with Persona in terms of scale. Investor Sarah Kunst formed a group of 100 women qualified to speak at conferences. Her Female Investors Opportunities List has received 120 requests for speakers and press opportunities since launching in March. And this summer, entrepreneur Sukhinder Singh Cassidy launched Boardlist, a database of female board candidates vetted by Silicon Valley insiders.

In Israel, Persona has already helped conference organizers move beyond their comfort zone, says Rado: “Nowadays, everyone understands that inequality should become illegal.”