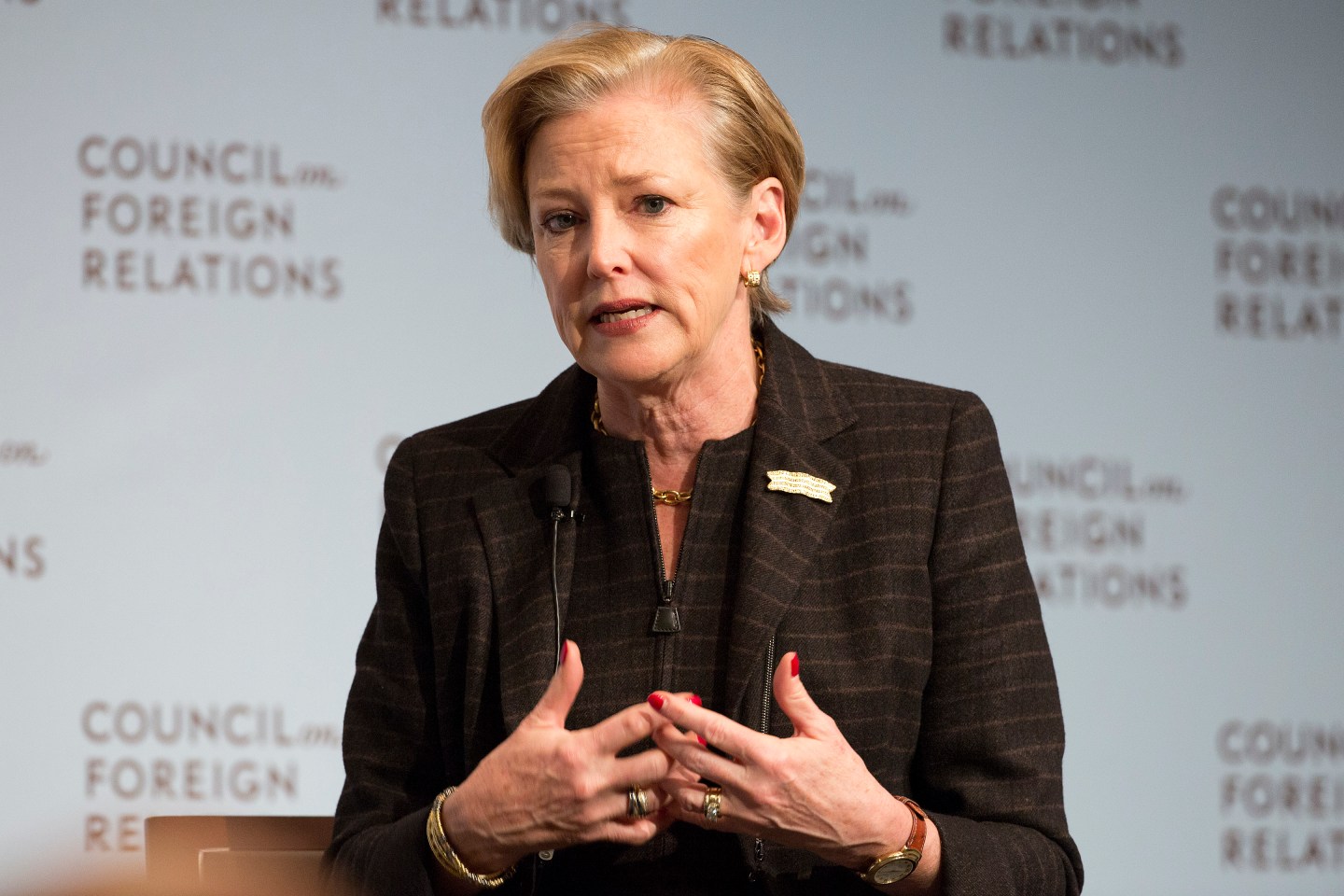 Ellen Kullman, chair of the board and chief executive officer of DuPont, speaks about global competitiveness and the importance of innovation, Thursday, Dec. 18, 2014, at the Council on Foreign Relations in New York. (AP Photo/Mark Lennihan)
Photograph by Mark Lennihan — AP

Dupont CEO (DD) Ellen Kullman won the battle, but lost the war. Her hard-fought victory in a proxy fight against activist Nelson Peltz was celebrated in corporate boardrooms around the country (she even got a standing ovation at the annual meeting when results were announced.) But her resignation five months later turns that victory upside down.

But the most important stake in the DuPont battle is the role of large companies in driving society-improving innovations. I had the opportunity to talk with her about this at length on several occasions, and found her very compelling. (For example, see this conversation last year at the Council on Foreign Relations). Kullman passionately argued that the glue bonding the disparate parts of DuPont was science. The most important innovations, she said, were those at the intersection of different sciences. She fiercely defended the $2 billion her company spent each year on R&D, which the activists attacked. And she skillfully rebutted venture capitalist Vinod Khosla, when he argued all important innovations happen in start-ups. They don’t. Big companies like Dupont bring important skills and resources to the innovation table — which is why it has survived the last 214 years.

If, in the frenzied pursuit of short-term returns, investors force DuPont to pull back its commitment to scientific research, the company, the nation and the world will be worse off.