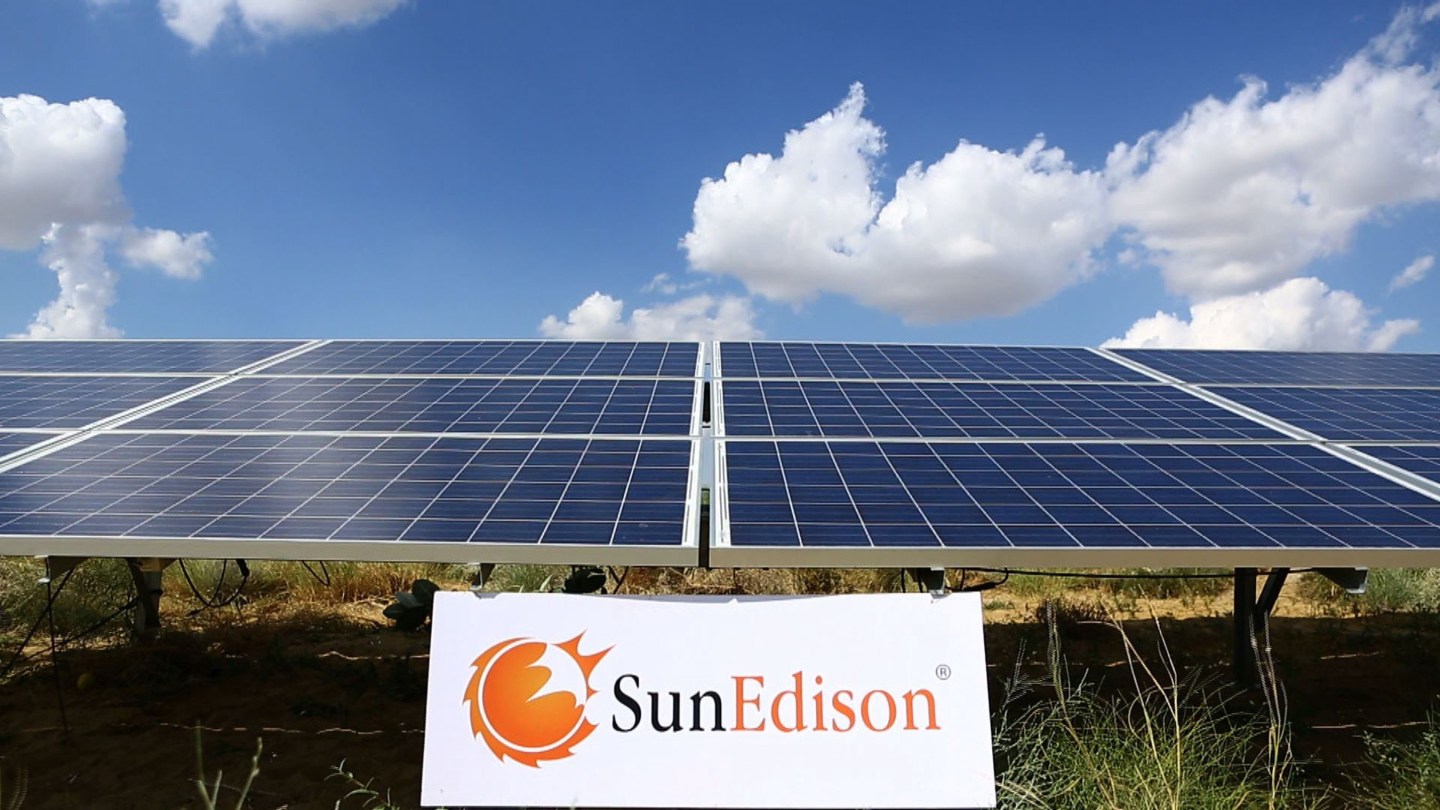 Following a series of big acquisitions and months of slumping shares, clean energy giant SunEdison plans to lay off part of its workforce.

The company put out a release on Monday morning that said the company plans to: “Simplify its business structure by removing duplicative activities created as a result of recent M&A activities and business growth, through centralizing global business development and operations, and consolidating global support teams.”

So, basically, layoffs. SunEdison (SUNE) plans to announce details of the optimization plan on Wednesday morning of this week.

According to a report in Greentech Media this weekend, which cites a note from SunEdison’s CEO to employees sent last Friday, the company plans to layoff 10% of its 7,300 employees. The report says the company will also streamline some businesses.

Wall Street likes the sound of SunEdison’s plan so far. In early Monday morning trading, the company’s shares at one point jumped over 12% to trade beyond $9 per share.

Solar stocks have also been pummeled in recent months, partly due to low oil prices, which investors tend to connect on a macro level, despite the fact that the industries aren’t directly related. The largest solar installer, SolarCity (SCTY), and giant solar panel makers SunPower (SPWR) and FirstSolar (FSLR) have also faced stock volatility in recent months.

But SunEdison has faced a bigger stock fall than most this year, partly due to its series of big acquisitions. This summer SunEdison announced it plans to buy Vivint Solar, the second largest solar installer in the U.S., for $2.2 billion.

After all of these big deals, SunEdison will now layoff workers and cut costs in areas where its newer and older businesses overlap. Following major acquisitions layoffs aren’t uncommon, but the company’s leaders will have to make smart cuts and keep up morale throughout the process.

To learn more about why Wall Street isn’t in love with solar energy, watch this Fortune video: