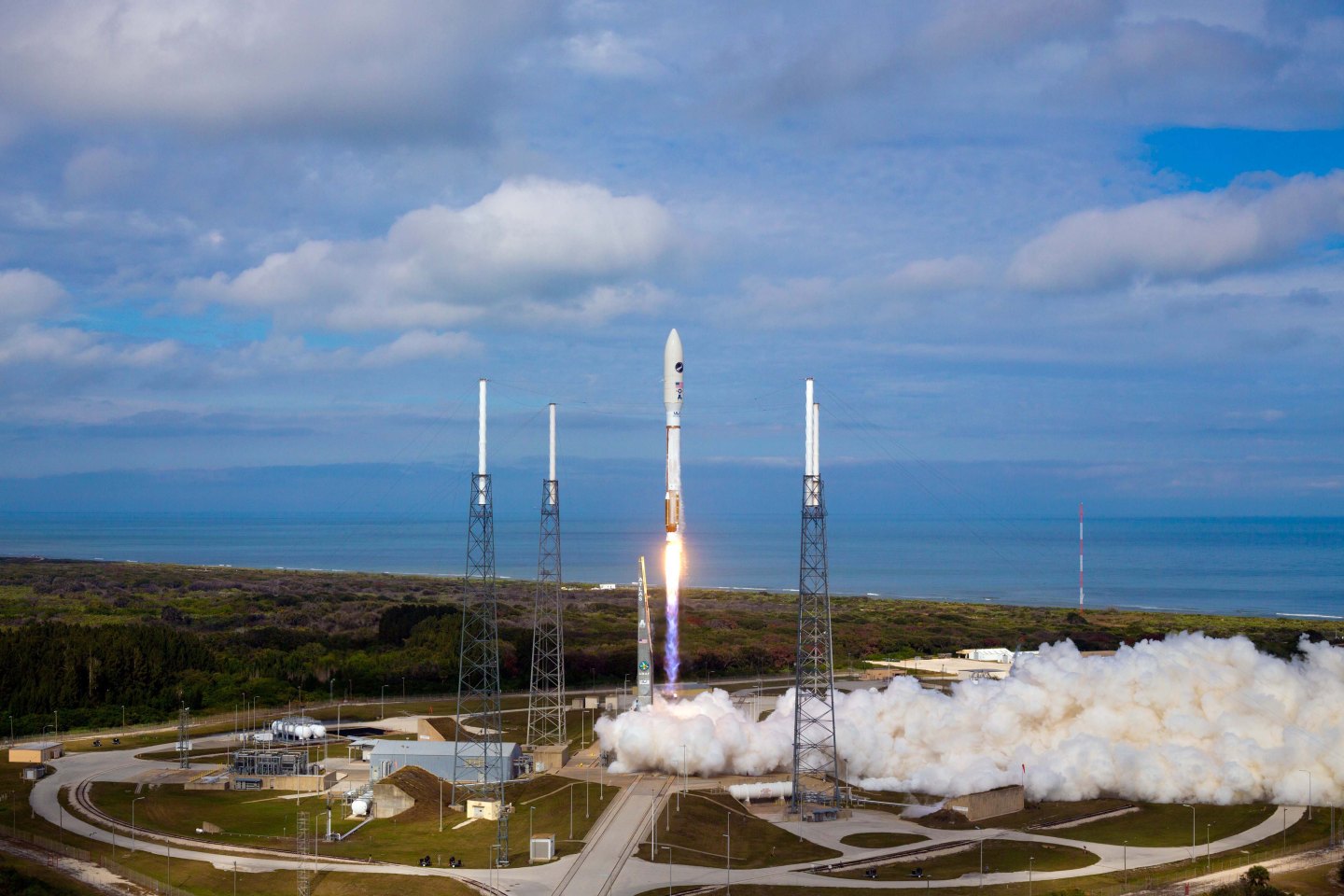 While SpaceX’s Falcon 9 rocket remains sidelined following a launch failure in June, United Launch Alliance—a joint-venture between Boeing (BA) and Lockheed Martin (LMT)—has won an $882 million contract to send military and intelligence satellites into orbit for the U.S. Department of Defense in fiscal 2016.

However, in a separate development on Tuesday Congress released a new version of a proposed $612 billion 2016 defense budget that could restrict ULA’s access to the rocket engines it needs to power its Atlas V rockets, the most commonly-used launch vehicle in ULA’s fleet. That could put the company in a serious bind beyond 2016 as the company scrambles to develop and certify an entirely new rocket (and rocket engine) that can help it fend off competition from SpaceX and other potential newcomers to the space launch market.

Meanwhile, there’s even more for ULA to worry about in the text of the proposed budget. The National Defense Authorization Act (NDAA) for Fiscal Year 2016 would end what has been an annual payment from the U.S. Air Force to ULA in exchange for various launch services—a payment that some have criticized as a subsidy—after 2016.

In other words, ULA will receive nearly $900 million from the Pentagon in 2016 for the same launch services it has provided exclusively to the Air Force for years—services ranging from the rockets and launches themselves to mission integration and facilities upkeep. However, through its proposed NDAA Congress has placed ULA on notice that beyond fiscal 2016 such contracts won’t be such a sure thing—and neither is ULA’s future as the dominant player in government launch services.

While the potential loss of its monopoly looms large for ULA, the limitation on Russian RD-180 launch engines remains arguably the more pressing concern. Earlier this year the Air Force certified SpaceX to compete for some national security launches, and while competition from SpaceX has not yet manifested itself in terms of lost government business, ULA has already begun developing a new, lower-cost rocket called Vulcan to help it compete with SpaceX’s lower launch prices.

Vulcan is slated to enter service in 2020, likely using a new rocket engine known as the BE-4 under development at Jeff Bezos’ Blue Origin. To bridge the gap between now and 2020 ULA needs to continue launching its Atlas V rocket, and the Atlas V needs the RD-180 to power it. However, in the aftermath of Russia’s annexation of Crimea last year the RD-180 has become something of a political football. Several influential lawmakers—including outspoken critic Sen. John McCain—have pushed the Air Force to limit its reliance on Russian rocket technology and introduced measures to cap the number of RD-180s the Air Force and ULA can buy.

In the 2015 NDAA Congress banned future use of the RD-180, exempting five engines already on order at that time. Objections from the Air Force and ULA put the issue back on the table in 2016. ULA asked Congress to add nine additional engines to the five already on order, allowing for a total purchase of 14 RD-180s. The House Armed Services Committee acquiesced in its 2016 NDAA, but the Senate Armed Services Committee–helmed by Sen. McCain—exempted just four additional engines for a total of nine.

Considering the Air Force estimates that ULA will need at least twice that many RD-180s to remain competitive until its new Vulcan rocket is ready, the exempting of four additional engines does little to ease the uncertainty over ULA’s future. At a press briefing last month in at the World Satellite Business Week conference in Paris, ULA’s board chairman Craig Cooning told reporters that a consistent flow of RD-180 engines is integral to keeping ULA and its Vulcan development project viable.

That’s not to say ULA is throwing in the towel. Nine engines buy nine launches—and plenty of time for the Air Force and ULA to lean on Congress to ease its stance on the RD-180. In a statement, the company called the proposed NDAA “a beginning to providing a transition from the Atlas V to a future all-American rocket and engine.”

“While the RD-180 engines authorized by Congress are a start, the number authorized will unfortunately not be enough to keep Atlas flying to support national security needs until Vulcan is developed, tested and certified,” the statement goes on. “We look forward to continuing to work with Congress to enact a strategy to authorize an appropriate number of engines to support national security and enable launch industry competition that is in the best interest of American troops and taxpayers.”