Have the world’s TV makers been ‘doing a Volkswagen’? 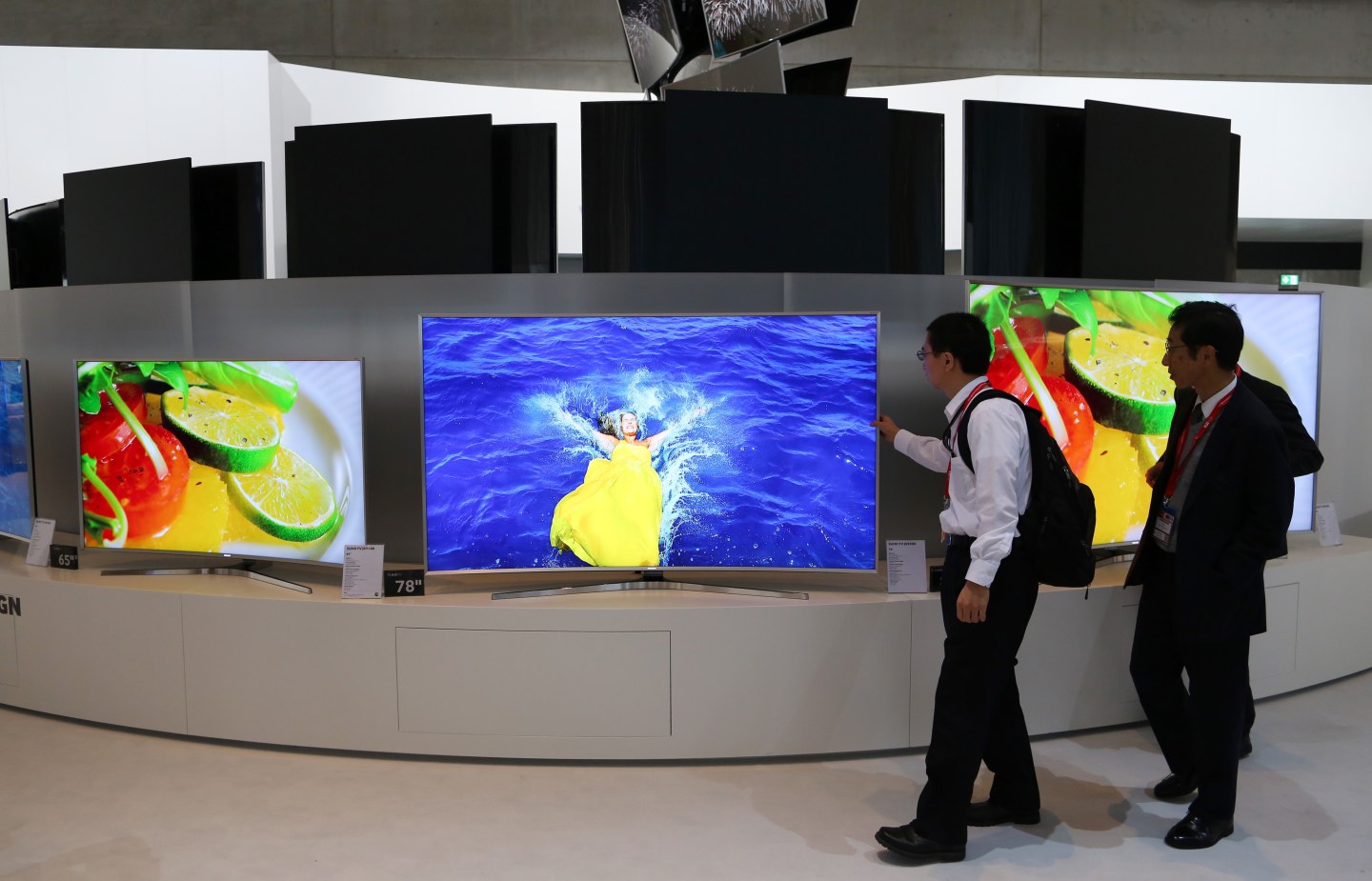 It may not be just cars that have been cheating official regulations on energy consumption.

According to a report in The Guardian Thursday, independent lab tests have found that some TVs in Europe appear to use less energy during official testing conditions than they do during real-world use.

That raises questions about whether they, too, are set up to game energy efficiency tests. The energy efficiency of TVs has become increasingly important as more people are watching more, and bigger, screens for longer now than at any time in the past. TVs now account for up to 10% of household electricity use, according to the NGO coolproducts.

The Guardian’s report focused on Samsung Electronics’ Co. (SSNLF), whose models were found to consistently consume more power in real-world conditions than during lab testing, due largely to a feature known as “motion lighting”. The feature reduces screen brightness in response to various types of content, including fast-action movies and sports.

Samsung denied that the feature constituted a kind of ‘defeat device’ similar to the software installed in Volkswagen AG’s (VLKPY) diesel engines. The Guardian quoted it as saying that: “This is not a setting that only activates during compliance testing. On the contrary, it is an ‘out of the box’ setting, which reduces power whenever video motion is detected.”

However, the paper noted that certain national watchdogs, such as Sweden’s, have already complained to the European Commission that the system is being gamed.

“The Swedish Energy Agency’s Testlab has come across televisions that clearly recognise the standard film used for testing,” it quoted a letter from the SEA as saying. “These displays immediately lower their energy use by adjusting the brightness of the display when the standard film is being run. This is a way of avoiding the market surveillance authorities and should be addressed by the commission.”

There is no suggestion that Samsung or any other TV manufacturer has acted illegally. Nor is there any direct implication for public health comparable to the problems of excess emission of nitrogen oxides from diesel engines.