Stocks are about to have their worst quarter in 4 years 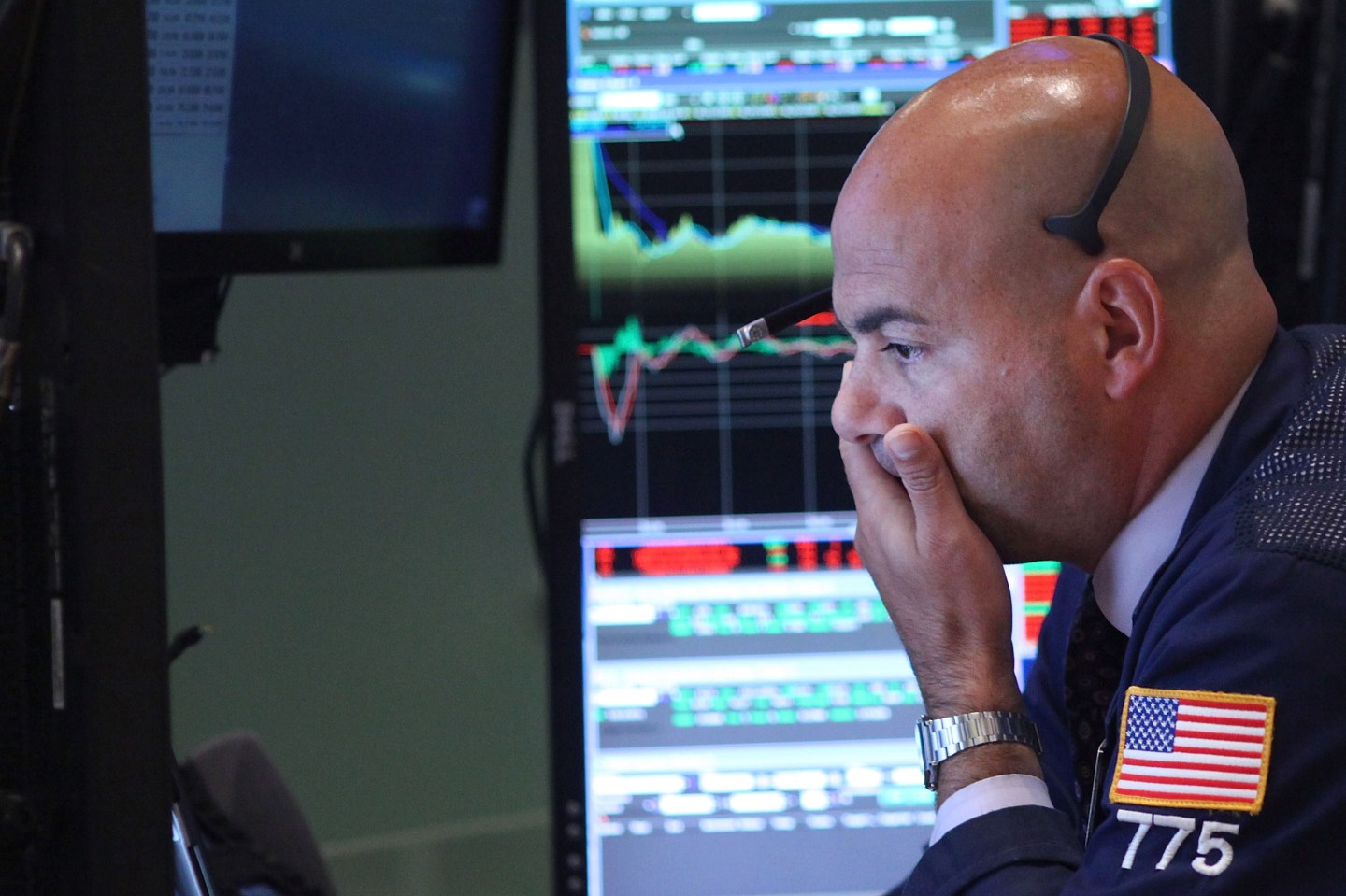 Traders react on the floor of the New York Stock Exchange on September 1, 2015 in New York City.
Photograph by Spencer Platt—Getty Images

The S&P 500 Index is on its way to its worst quarter since 2011, as a confluence of factors involving the Federal Reserve and Asian economies weigh heavily on investors’ minds.

Despite a brief rally Tuesday that halted a five-day decline, the S&P 500 — commonly regarded as the best gauge of the overall U.S. stock market — fell by 8.7% over the last quarter:

This marks the worst period for the index since the third quarter of 2011, when it lost 14% over three months as a debt crisis in Europe and growing concerns over a stagnant global economy caused widespread worries.

This time, worries have centered on uncertainty over the timing of the Federal Reserve’s interest rate hike and China’s slowing economy. Around $11 trillion in global equity value has been wiped out over the last three months. Meanwhile, a commodities slump has seen oil prices plummet, affecting American markets.

Wall Street futures are looking up Wednesday morning, meaning the quarter could be redeemed by the end of the trading day. But investors are still cautiously watching other key indices for more evidence of prolonged growth. “Beneath the green numbers on the screen there is still a lot of people remaining nervous about the outlook,” Jane Foley, a senior currency strategist at Rabobank International in London, told Bloomberg. “Many investors have been bruised and I think sentiment will remain fragile.”