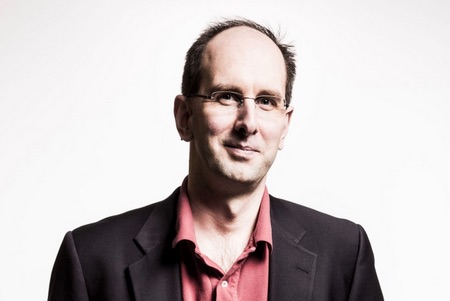 “Obviously we aspire to be number one, but until then we’ll use the Avis model and try harder,” said Guthrie, executive vice president of cloud and enterprise for Microsoft(MSFT).

Public clouds comprise a massive trove of shared compute power, storage and networking that customers can use instead of building out more of their own data centers.

Guthrie reiterated the conventional wisdom that there are three true hyperscale public cloud providers—Amazon Web Services (AMZN) which started in 2006, Google(GOOG) and Microsoft—and he doesn’t see that dynamic shifting any time soon.

“From an infrastructure perspective, in terms of the number of data center regions, network and just scale, I don’t see any other vendor out there in next five or six years being able to come close to what the three are doing,” he noted.

“You need a unique combination of built-in knowledge of building Internet scale services, a lot of software engineering to build infrastructure that isn’t open-source and isn’t even in the commercial market. And you also need tremendous capital expenditures to build out facilities and connectivity around the world.”

Microsoft, he said, spends more than $5 billion a year building out its cloud infrastructure. Amazon and Google also spend billions each year.

“I don’t see anyone coming in from left field disrupting that,” Guthrie said.

Of the top three, he maintained that Amazon and Microsoft are the two cloud providers dominating the public cloud discussion among big businesses. Other observers agree that despite Google’s prodigious technology chops, it’s still seen as an also-ran by big enterprises weighing moves to public cloud. Many tech buyers remain unconvinced that Google is a serious player here.

Microsoft’s advantage, in Guthrie’s view, is that things like Azure Active Directory and ExpressRoute makes it easy for companies to bridge their internal networks to the Azure cloud. Amazon has products like Storage Gateway and Direct Connect that tie a company’s own data centers into AWS, but they’re largely seen as facilitating a one-way trip. Microsoft says Azure and companies running Azure Pack internally can build a true, workload-sharing hybrid cloud that spans both environments.

For more from Guthrie, check out the Datacenter Show podcast. And, to learn more on how Google plans to parlay Google Cloud Platform in business accounts be sure to check out what Urs Hölzle, Google’s senior vice president of technical infrastructure, will have to say at the Structure Conference in November.

And remember, while Microsoft opened up its PR firehose this week, AWS Re:Invent kicks off in Las Vegas next week, so expect to see news around containers, more ways to integrate on-premises IT with AWS, and high-level partnerships as the cloud feature war continues.

For more on Microsoft’s cloud strategy check out the video.