This Japanese pufferfish could be the ultimate painkiller 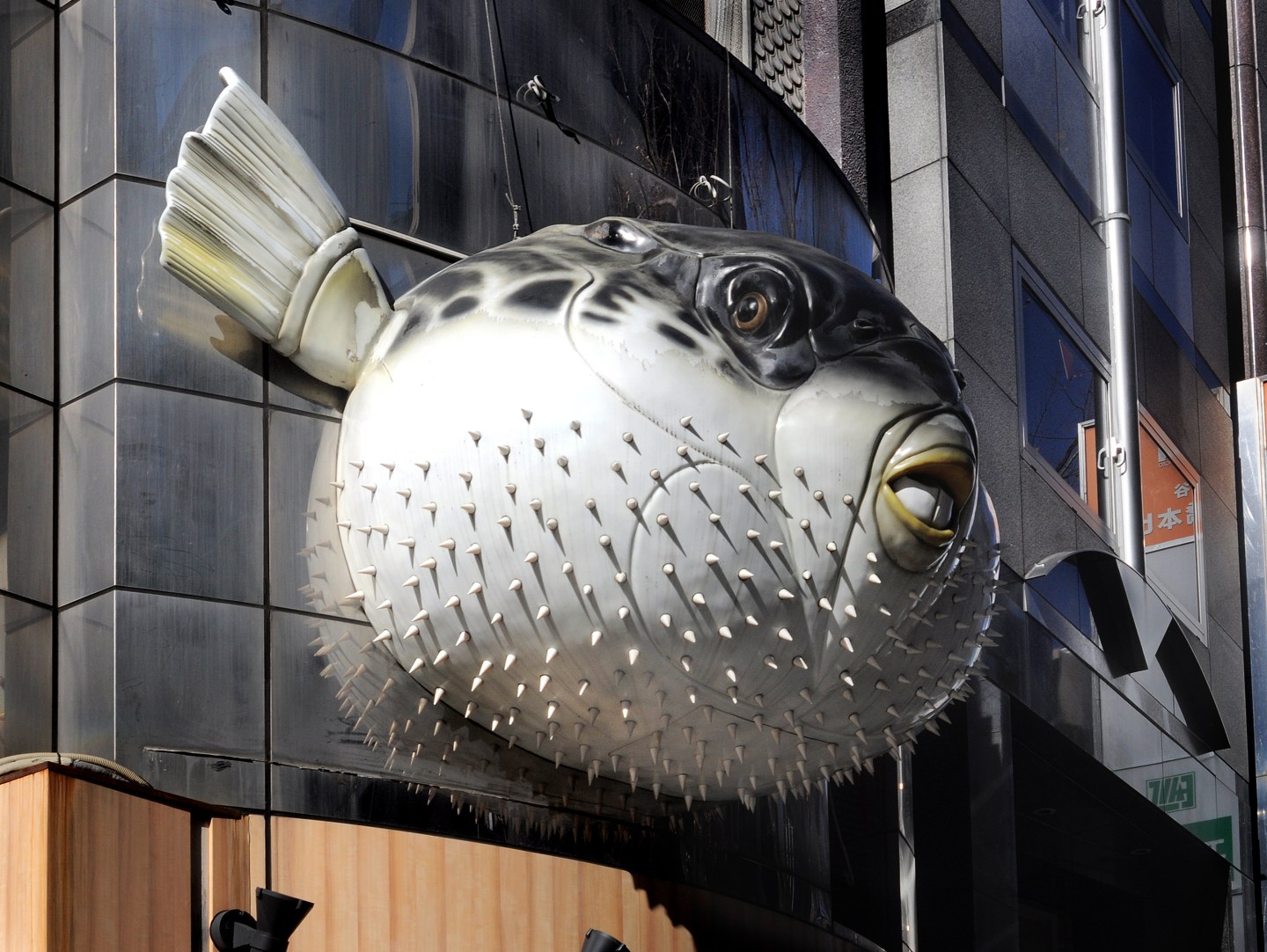 TOKYO, JAPAN - JANUARY 14, 2014: A large plastic fugu, or Japanese pufferfish, hangs over a Tokyo restaurant which offers the popular fish on its menu. The fugu can be lethally poisonous and must be carefully prepared by specially-licensed chefs in Japan. (Photo by Robert Alexander/Getty Images)
Photography by Robert Alexander — Getty Images

The answer to severe pain might just be hidden within the sometimes-lethal Japanese pufferfish, or fugu as its known locally.

Fugu is a fish that’s notorious for its poisonous insides that are more deadly than cyanide. The luxurious delicacy must be specially prepared by a licensed chef who knows how to remove the highly-toxic liver, ovaries and other innards.

Those deadly toxins may just be the future of painkillers, at least that’s what pharmaceutical company Astellas Pharma has set out to prove, reported the Wall Street Journal. The company, which just signed a $515 million deal with Chromocell to commercialize new therapies for neuropathic and other pain conditions, wants to mimic the effects of the pufferfish toxin known as tetrodotoxin.

Tetrodotoxin disrupts signals sent to your brain. Typically, it kills humans by blocking messages from nerve cells, eventually causing the vital organs to collapse. Astellas is trying to harness the signal disruption power of tetrodotoxin to only block pain messages–and Chromocell’s research on one of those pathways could help make it a reality.

Adapting toxins for medical use isn’t new. One of the best known therapeutic poisons is botulinum toxin, or better known by its brandname: Botox.