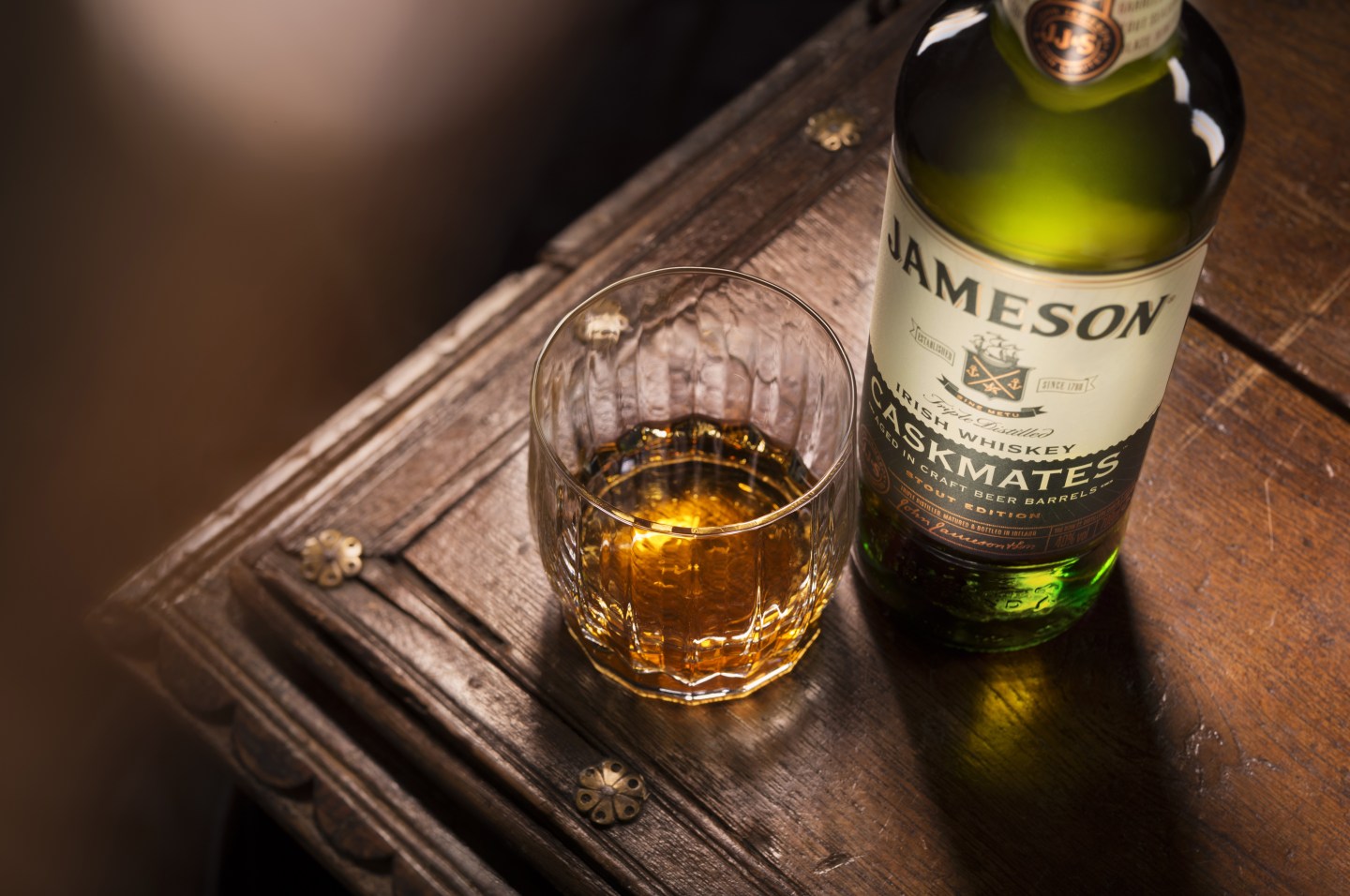 When spirits makers want a quick hit, they often add a dash of vanilla or honey to the bottle and – voila, “innovation” is achieved.

That strategy explains why one out of every 10 spirits sold in the U.S. are flavored. American whiskeys are enjoying a resurgence, in part due to the success of honey and cinnamon flavored concoctions. But sales in the vodka category have cooled as flavors have gotten a little too wacky (think cotton candy and birthday cake as some of the more notable offenders).

Pernod Ricard may have learned a lesson from vodka’s flavor fatigue. Two of the French beverage giant’s best-known brands, Jameson whiskey and Absolut vodka, are getting new additions to their product lines, and for both, Pernod Ricard isn’t relying on flavors.

This fall, U.S. consumers will see a new variety of Jameson called Caskmates – an Irish whiskey aged in stout-seasoned barrels. Absolut Oak is a vodka that spent time resting in oak barrels to give it a hint of bourbon flavor and a unique brown color. Both are key product launches this fall in the U.S. market – Jameson Caskmates went national this month while Absolut Oak is being tested in a few major cities.

“It goes back to the roots of what we believe is craft: expertise, passion, dedication, innovation,” chief executive Alexandre Ricard tells Fortune.

In the U.S., Jameson and Absolut sales have diverged, with the former benefiting from strong surging interest in Irish whiskeys and the latter suffering from weakness in the vodka category. For the latest fiscal year, Absolut sales slipped 5%, while Jameson grew by 18%, according to Pernod Ricard. Vodka’s weakness is partly why more consumers are switching to whiskeys and other brown spirits.

“We may have had too many flavors in the past,” Alexandre Ricard concedes. While vanilla, citron, and a few other perennial favorites will remain on shelves, Pernod Ricard has streamlined the rest of its flavored portfolio with fewer options on shelves today. “It was always out of the question to come up with a Jameson Honey,” says Ricard, drawing a line in the sand for what innovation is possible for the popular whiskey.

“If you are going to make a cider and go through all that care,” she says, “we want to make sure that fruit is still highlighted with the end product.”

For Jameson Caskmates and Absolut Oak, the intent is the same: Pernod Ricard promises that at their core, they remain a whiskey and a vodka.