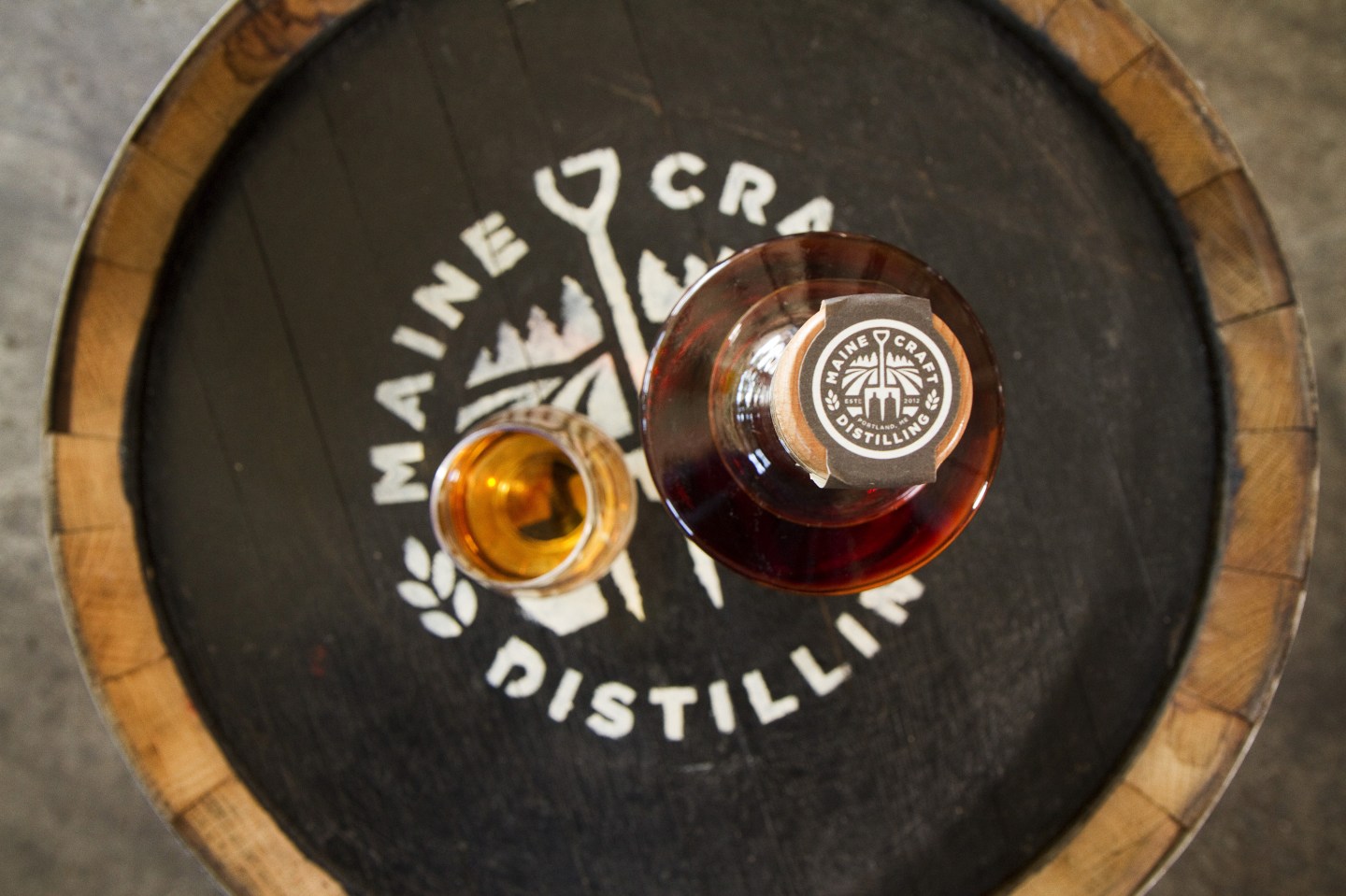 The surge of interest – and sales – in the craft beer industry is having a spillover effect. The explosion in craft distilleries is showing no signs of slowing down – though so far the anticipated boom in profits has been something of a bust.

Ten years ago, there were roughly 50 craft distilleries in the United States. Today, says the American Craft Spirits Association, there are 769. But many people getting into the industry with dreams of creating either a cash-rich local presence or a national one that could strike fear into Bacardi or Jim Beam are getting a rude awakening.

“Of those 769 distilleries, I would venture that only 50 make any money,” says Tom Mooney, president of the American Craft Spirits Association. “The typical craft distillery today has revenues under $1 million.”

That’s, in part, due to the high excise taxes craft distillers have to pay. Today, roughly $2.25 on every bottle of spirits goes to the government, says Kent Fleischmann, co founder and co-owner of Dry Fly Distilling. That’s on top of already high production costs, since craft distillers generally don’t buy bottles in the same bulk levels as larger distillers. Add that all up and it can be hard to make a profit.

Despite this, there’s still a strong sense of optimism by the makers of spirits.

“Like any business, it’s going to be a revolution,” says Fleischmann. “Craft brewing, when it stared, had a lot of independent [breweries], then a collective, then a guild and then lobbyists and people in Washington working on their behalf. We’re starting to see that in distilling. The problem is you’re talking about lowering taxes – and you know how that goes.”

Distillers frequently compare their craft industry to craft brewing, but there are some notable differences, beyond the products. Craft beer has an advantage in that consumers are more willing to risk $10 for a six- or four-pack than they are $30 or more for a bottle of whiskey or gin. And while craft brewers have largely rallied around their use of hops as an easy differentiator between their creations and those of macro brewers, there’s not a touchstone craft distillers can easily point to.

“Spirits is a much more product-diverse industry, so it’s harder for there to be one difference to explain what is craft versus what isn’t craft,” says Mooney, who also is co-owner and CEO of Portland’s House Spirits Distillery. “If you’re a small producer, you have every incentive to try things that have never been done. … I don’t know how to make bourbon that’s better than the 2,000 bourbons out there. I think we look, as a community, for something new.”

One spirit that many craft distillers are gravitating towards is gin. For years, Americans have favored London-style gin, a dry take on the liquor that lacks sugar. Craft distillers, though, are bringing back the American style, which is sweeter and offers more distinctive fruit or floral notes.

Dry Fly’s version, for example, includes apples and hops, while the Charleston Distilling Co’s Jasper’s Gin has an intense juniper aroma and flavor.

As the number of craft distillers grows, distribution is getting to be a bigger problem, just as it is with craft beer. While distributors are willing to add small batch offerings to their portfolios, their focus is still on the larger brands, where they make most of their money.

As a result, the majority of the small batch distillers are foregoing widespread distribution.

“Some have decided to stay local – and that’s a good way to stay in business,” says Mooney. “You’re either a neighborhood distiller with a tasting room or a regional or national brand that will lose money for some time, but have a chance of doing something bigger long term.”

Whiskey and gin are the two spirits distillers most frequently gravitate towards (though many sell a lot of vodka from their distilleries). The national love affair with whiskey has been going on for years. And gin is a spirit that makes commercial sense.

“Gin is one of the greatest opportunities for craft distilleries to be very creative and get to market fast,” says Fleischmann. “And you’re starting to see a lot of small craft distillers do that. It’s just a 10 day process from grain to glass.”

At present, the hot spots for craft distilling are Oregon and Washington, which not coincidentally are also craft brewing hot spots. More states are loosening their laws when it comes to distilling, though – and those in the industry say that could result in a substantial upheaval in the spirits world – with even some of today’s seemingly unshakable truths being reconsidered.

“Five years from now, the best bourbon in the U.S. will probably be from a state besides Kentucky,” says Steve Heilman, CEO of the Charleston Distilling Co.