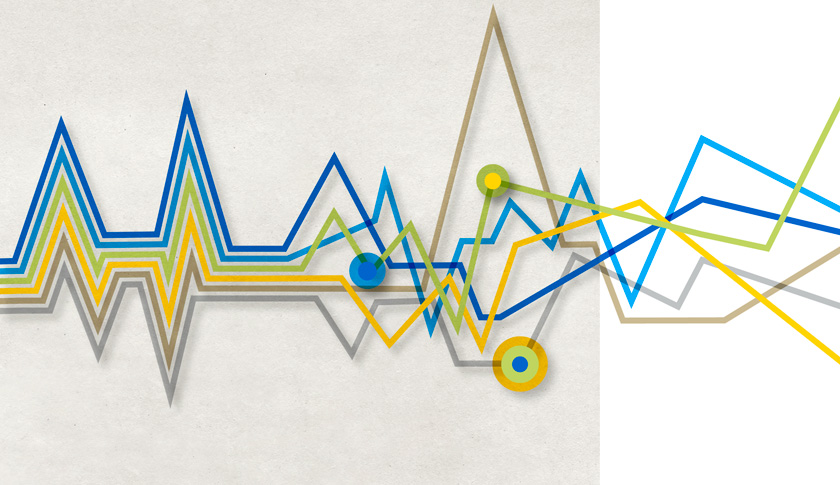 Just how aligned is the global economy? To what extent is it one comprehensible system, as opposed to a lot of independently operating systems? Getting the answer right is crucial for anyone who wants to manage or invest wisely—and the answer seems to be changing.

Until recently, the world was looking like a big machine with all the parts turning in the same direction. At the surreal height of the last boom, in 2007, all the world’s major economies and nearly all the minor ones were growing together at respectable or better rates. “Global fundamental economic conditions are nearly perfect and have been for some time,” the insightful fund manager Jeremy Grantham noted wonderingly. Nothing like that had ever happened before. Then, in the financial crisis, nearly everyone plunged together. It looked as if the world’s economies had truly converged.

But no more; just the opposite. The U.S. will grow a healthy 3.1% this year, with the U.K. close behind, says the IMF, while Germany and France will struggle to beat 1%. Or look at some of the BRICs nations: India is booming at 7.5%, but China is slowing, while Russia and Brazil are in deep recessions. Divergence is today’s trend. “These developments may signal the return of country-level business cycles,” say the authors of a new research report from McKinsey. In which case the strategies of businesspeople worldwide may need to be rethought.

By itself, divergence isn’t necessarily a bad thing. Back when nearly all economies and markets seemed aligned, investment managers complained that “correlations are going to one”—meaning all asset classes were moving up and down together. Diversification was impossible; you had all your eggs in one basket, even if you bought a dozen baskets with a dozen different labels.

Less connected economies solve that problem, not just for investors but for corporate managers. Operating in a diverse array of markets, some healthier than others at any given time, can help smooth out a global company’s profits. For example, the diesel-engine maker Cummins announced earlier this year that sales would fall in Brazil and China but that U.S. demand would more than compensate.

A disadvantage of divergence is that it makes life more complicated. Managers and investors need to understand more factors peculiar to each of many economies. The bigger downside: An increasingly divergent global economy is riskier overall. It’s a world in which market-hostile economies haven’t moved toward a market-based allocation of capital, which is more resilient to shocks. It’s also a climate in which countries haven’t worked out freer trade or agreed on policies for protecting intellectual property and regulating cross-border mergers. “A convergent world would not be impervious to shocks,” say the McKinsey researchers, “but it would be better able to absorb them.”

On balance we should probably root for convergence. Whether it happens is another question. The best advice for managers and investors is to do the classic scenario exercise: Imagine different futures, convergent and divergent, and think through the repercussions for strategy at three, four, or five levels. As we’ve learned in the past decade, we can’t know which future is ahead. But we can be ready.

A version of this article appears in the October 1, 2015 issue of Fortune magazine with the headline “The breakup of the global economy.”