Ferrari could launch its IPO this week 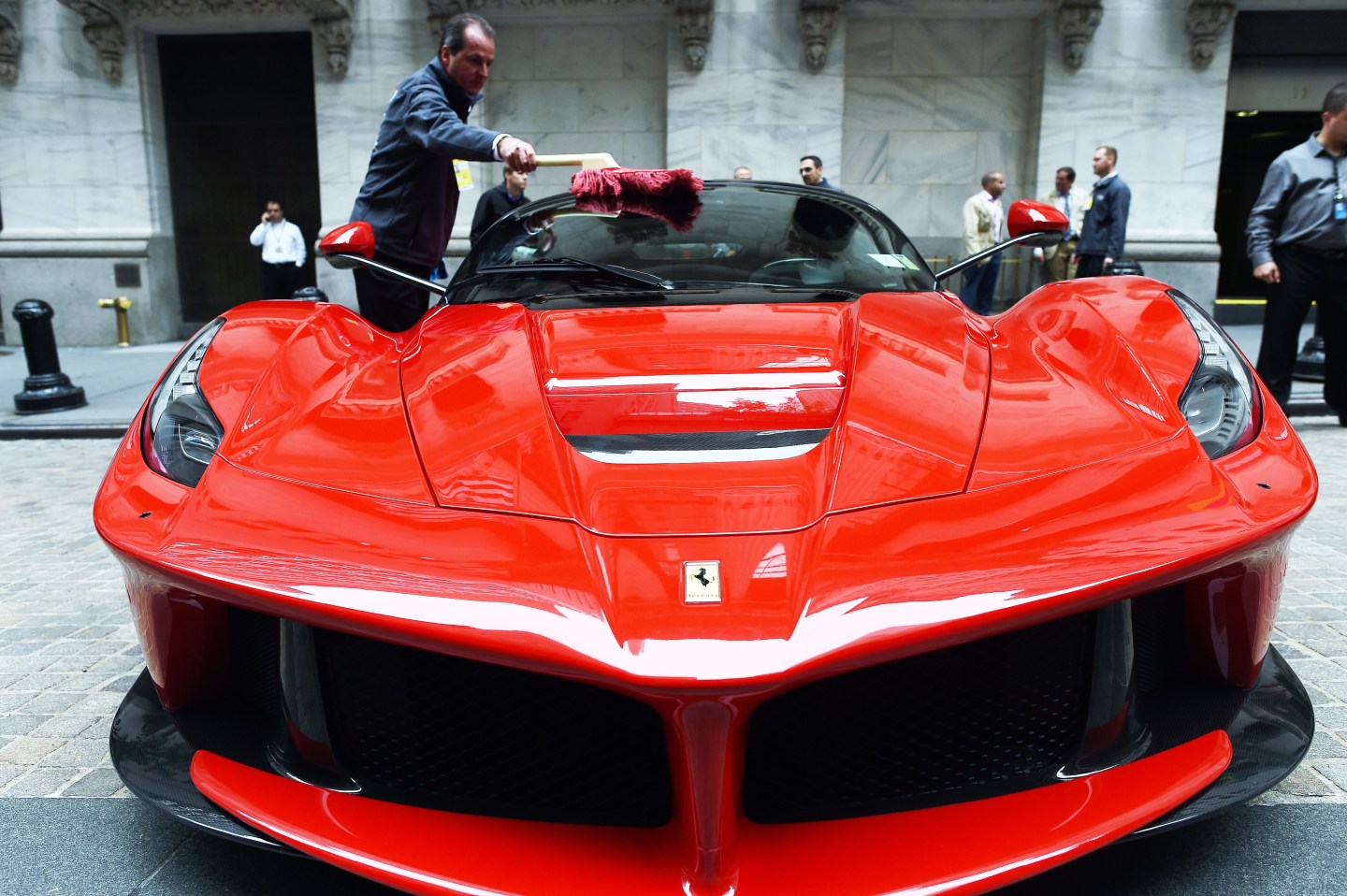 An employee shines a Ferrari LaFerrari displayed in front of the New York Stock Exchange (NYSE) on October, 13, 2014 in New York.
Photograph by Jewel Samad—AFP/Getty Images

Legendary Italian automaker Ferrari could be launching its initial public offering as early as Friday, according to CNBC.

The IPO could reach around $1 billion in size, and could start pricing at around Oct. 12, CNBC added.

The luxury sports-car maker will be renamed Ferrari NV as a new, spun-off business from its previous parent company Fiat Chrysler Automobiles (FCA). In July, Fiat Chrysler filed with the Securities and Exchange Commission its intentions for a Ferrari IPO, stating that it would open around 10% of the new entity’s common shares to the public. Fiat would own around 80%—and plans to distribute these shares to its own shareholders—and Piero Ferrari, the son of Ferrari founder Enzo Ferrari, would reportedly own around 10%.

Ferrari has been renowned for its small stable of high performance sports cars, and currently touts 8 models, including the 488 GTB and the 458 Spider sport cars, and the limited edition LaFerrari supercar, the latter of which has been selling for around $1.7 million. In 2014, Ferrari shipped 7,255 automobiles, and recorded revenues of 2.76 billion euros ($3.08 billion), according to SEC documents.

Demand for the IPO is expected to be high, and could value Ferrari at anything between $6 to $11 billion. However, some analysts have cautioned that high technological costs to keep the premium models up to speed, and the regulatory challenges around emissions could make the Italian Stallion a stay-away at the stock market.

This news comes at a mixed time for Fiat Chrysler, who have a group of marques that includes Jeep, Chrysler, and Alfa Romeo. In August, Fiat announced car sales for the company had jumped by 6% compared to the previous year. Yesterday, however, it was reported that the company didn’t fully report death and injury claims to the National Highway Traffic Safety Association.