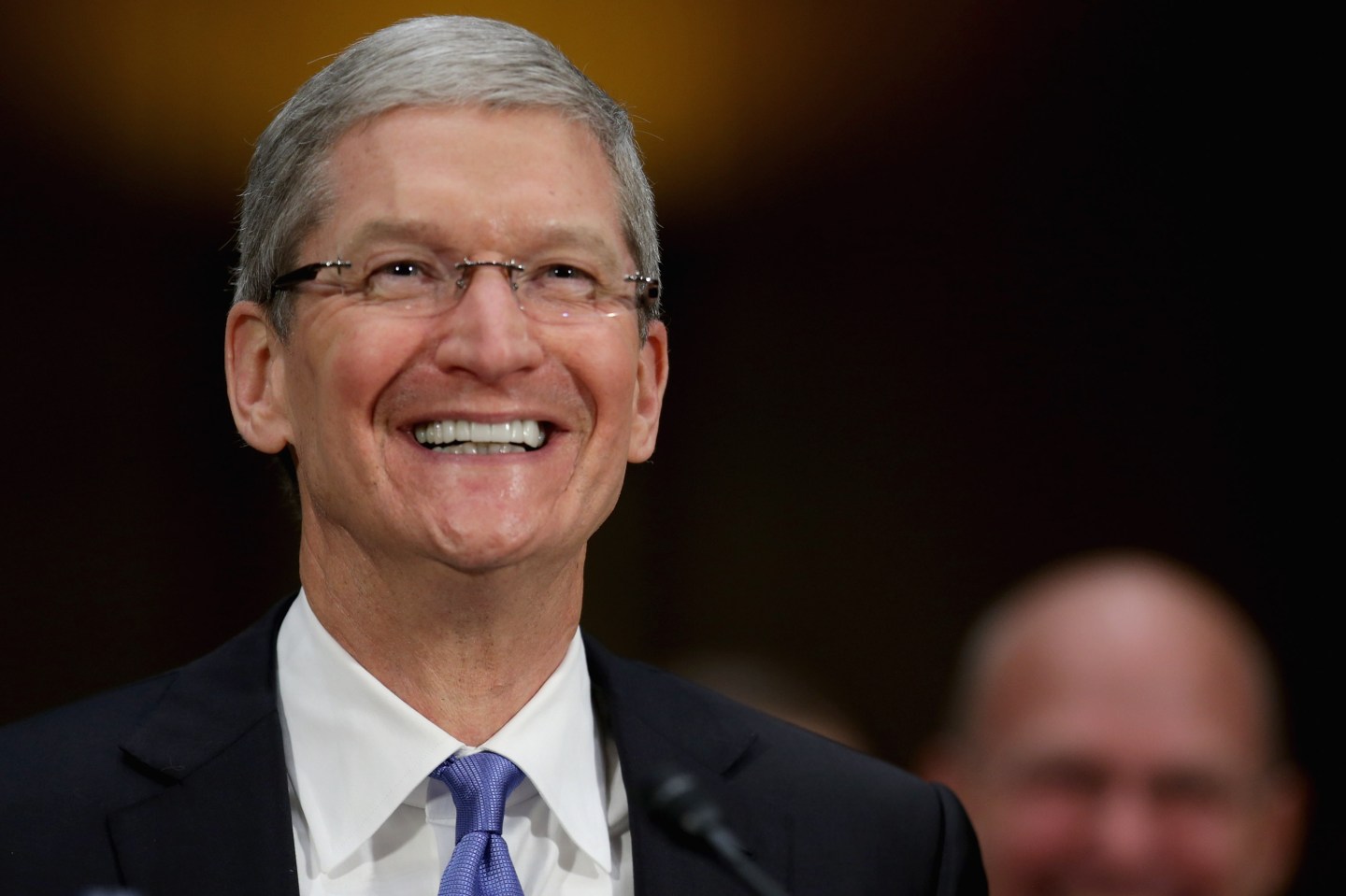 The Human Rights Campaign (HRC), the largest LGBT civil rights organization in the U.S., announced today that Apple (AAPL) CEO Tim Cook will be the next recipient of the organization’s Visibility Award.

HRC President Chad Griffin described Cook as a “visionary,” and said “his willingness to bravely and directly speak his truth has not only given hope to countless people around the world, it has saved lives.”

As the only openly gay CEO of a Fortune 500 company, according to a Fortune report last year, Cook serves as a role model for LGBT youth showing them that nothing holds them back from success.

Cook is known to actively support pro-equality legislation at both the state and federal levels. He has helped fight against anti-LGBT “religious freedom” bills in Arkansas and Indiana, and he has consistently supported non-discrimination federal legislation, including the Employment Non-Discrimination Act (ENDA), which prohibits employers from discriminatory hiring practices based on sexual orientation or gender identity.

Apple received a perfect score on the HRC’s first ever Corporate Equality Index in 2002, before Cook became CEO, and has continued to receive perfect scores every single year.

Cook became Apple’s COO in 2007 and CEO in 2011. Under his leadership, the company became one of the first major corporations to come out in support of the Equality Act, a breakthrough civil rights law that provides LGBT people with explicit and permanent protections against discrimination in the most basic aspects of their lives.

The award will be presented to Cook at the 19th annual HRC National Dinner on Oct. 3 in Washington, D.C., where U.S. Vice President Joe Biden will deliver the keynote address.