Boot camps: the answer to getting more women into coding? 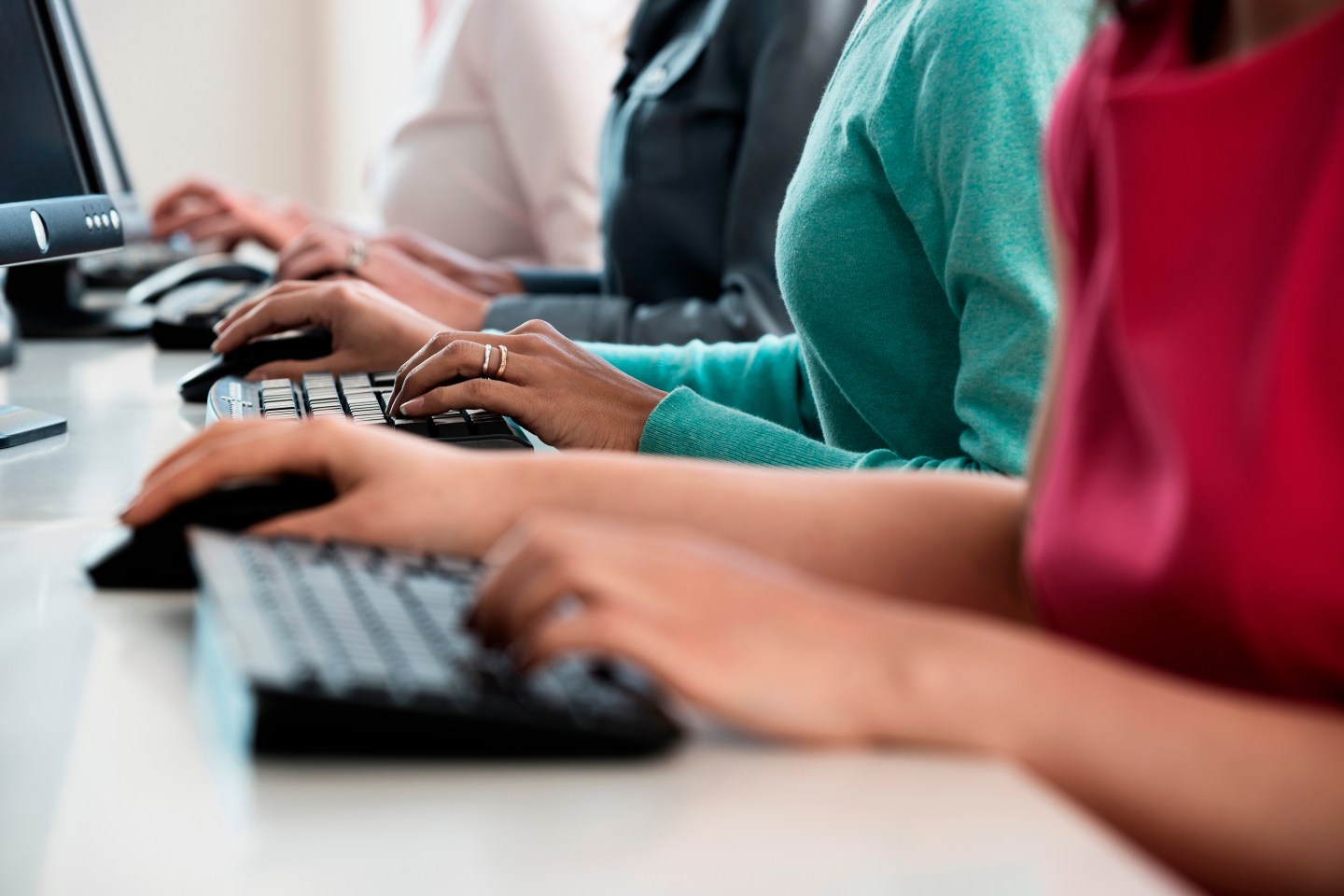 Earlier this September, LinkedIn researcher Link Gan analyzed the phenomenon and found that, in 2011, fewer than 100 LinkedIn members indicated that they had graduated from a boot camp. By 2014, that number has surged to 8,000 and is expected to double—16,000 graduates—by the end of 2015.

Gan also made a bold prediction: Such boot camps, where women make up an average 40% of graduates, may close the coding gender gap. Two of the 10 programs he listed as having above-average representation of women boast enrollments that are more than 50% female: HackerYou, based in Toronto (65.1%) and Tech Talent South (TTS), based in Atlanta (53.5%).

So, why do these particular programs—which aren’t female-only, like, say, Hackbright Academy—attract so many women? Fortune took a look at two majority-female boot camps to try to put a finger on what they’ve done to draw so many women into the world of coding.

HackerYou founder and CEO Heather Payne knows what it’s like to be a would-be coder—she only started learning to code in 2009. She’d just graduated from Western University in London, Ontario—during the recession—and was looking for a way to make herself more marketable. In 2011, she launched the nonprofit Ladies Learning Code both to help her own learning process and to get more women into coding. Soon, her students were asking her for three-month part-time courses and boot camps and she saw the opportunity to launch a for-profit business providing web design training, even though she herself had never worked as a web designer. So, from the beginning, HackerYou courses were designed for and by women.

“I come at everything at HackerYou with a little bit of a beginner’s mind. I remember what it was like to be a beginner. I think that helps make our program not as intimidating as some others,” she says. Payne adds that women are drawn to more than just HackerYou’s boot camps; they also make up 70% of the company’s part-time students.

Another likely factor: Applicants are well aware that the program is run by women, since Payne interviews all students herself (she spoke with approximately 550 students this year.)

Tech Talent South also has a high-profile female founder. Initially, Betsy Hauser Idilbi, who co-founded the company with Richard Simms, interviewed every applicant for code immersion courses before enrolling him or her. To grow the company to its current seven campuses and roughly 750 full-time and part-time students in 2015, she had to hand that responsibility over to an interviewing team, most of whom are women.

From its inception in 2013, TTS has also offered scholarships to get more women into its classrooms. Each class has a budget that includes an allotment for scholarships, which can cover up half of the cost of the program.

Both founders believe that having a visible woman at the head of the company sends the message that it’s a place where women will feel welcome. With the tech sector’s reputation as a boys’ club, that’s an important factor in attracting women, says Idilbi.

There are also some characteristics that are intrinsic to most boot camps that tend to appeal to women. They’re generally short and offer a lot of flexibility. Many also feature low student-to-teacher ratios—sometimes fewer than 10 students to one instructor.

Only time will tell whether coding boot camps will make a dent in the technology gender gap. But founders like Payne and Idilbi have shown that placing women in visible positions, reaching out to potential female students and making sure everyone feels welcome results in more women in the classroom—and that’s a logical place to start.

For more on the technology gender gap, check out this Fortune video: