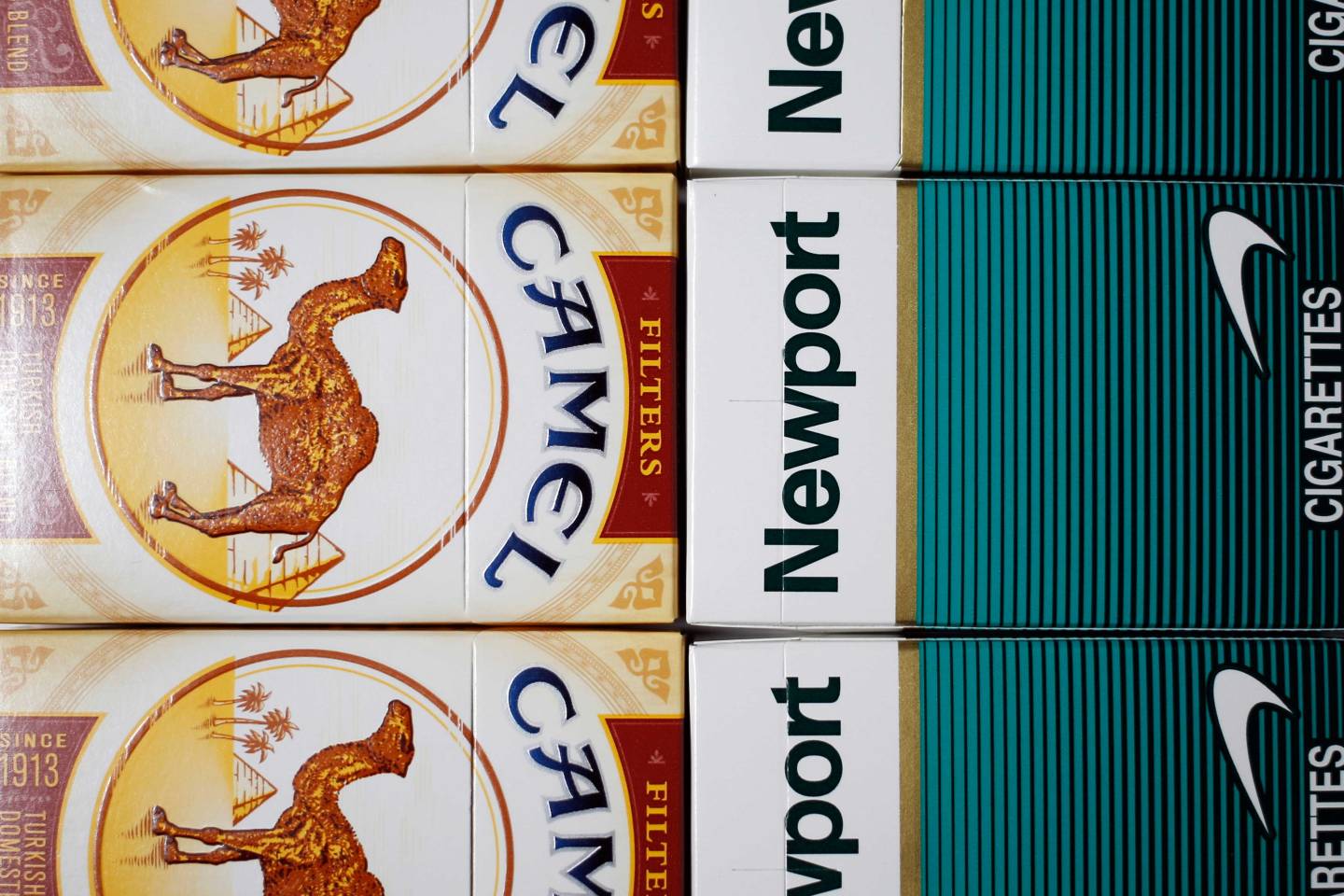 Packs of Reynolds American Inc. Camel and Lorillard Inc. Newport brand cigarettes are arranged for a photograph in Shelbyville, Kentucky, U.S. on Tuesday, July 8, 2014. Reynolds American Inc. is aiming to get a deal done to buy rival Lorillard Inc. by the end of the month, as the two companies pursue what has been an elusive agreement to combine the second- and third-largest tobacco producers in the U.S., people with knowledge of the matter said. Photographer: Luke Sharrett/Bloomberg via Getty Images
Photograph by Luke Sharrett — Bloomberg via Getty Images

Reynolds American Inc. (RAI) would rather be debt-free and export-free than additive-free, it seems.

The maker of Camel and Pall Mall cigarettes, which bought its storied rival Lorillard for $27.4 billion (including debt) earlier this year, said Tuesday it’s selling the international rights to the Natural American Spirit brand name to Japan Tobacco International (JAPAF) for $5 billion in cash.

The deal won’t affect Natural American Spirit sales in the U.S.. The brand is by far Reynolds’ fastest-growing in a mature home market: sales were up 25% by volume from a year ago in the second quarter, while the overall market rose less than 2%. The brand is benefiting from having a ‘healthier’ image than traditional mass-market cigarettes because of its additive-free composition.

The deal will mean that Reynolds American is what it name claims–a solely U.S.-focused company.

The Lorillard deal had left Reynolds with net debt of some $13 billion, making deleveraging the company’s top priority.

“Backed by the strength of the JT Group’s international distribution, sales force and manufacturing capabilities, we believe (NAS’s) growth trajectory will not only continue, but accelerate,” said Susan M. Cameron, RAI’s president and CEO in a statement.