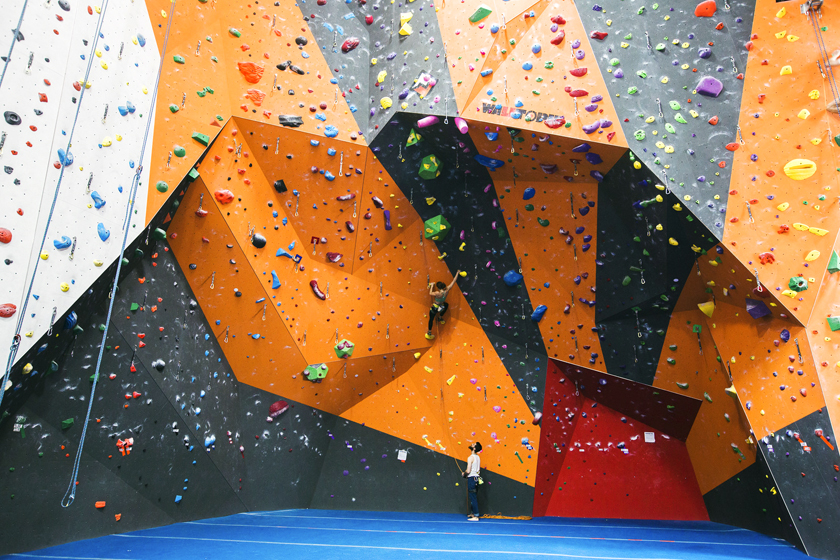 At the Cliffs climbing gym in Long Island City, laid-back couples in tank tops are roped up and scaling plastic handholds in a tangerine canyon. The Cliffs is a bespoke creation, and it employs a creative team of route setters to keep climbs fresh and unique.

But there’s controversy afoot in this bohemian business of belaying. Bulgarian company Walltopia, the industry leader that built the wall at the Cliffs, will debut a new product next fall that will standardize climbing routes using giant mass-produced panels, making it possible for gyms to revamp walls without hiring pricey workers to plot out unique courses. “If you have the same canvas, you can paint the same painting,” says the lead designer, Vasil Sharlanov.

The new walls will enhance the $150-million-a-year climbing industry’s ability to, ahem, scale. But not everyone loves Walltopia, which is set to open swanky new headquarters in Sofia and just signed a $50 million contract to build 30 to 50 walls in China.

While its innovations may make the sport more accessible, hard-core climbers bemoan its McDonaldization. Jeremy Ho, who designs rock courses in California for a living, says the new walls have all the originality of prefab Ikea cabinets. But, he adds, “I’m probably pretty biased because it’s my career on the line.”

A version of this article appears in the October 1, 2015 issue of Fortune magazine with the headline “Can climbing gyms be commodified?”

For more on the fitness industry, watch this Fortune video: