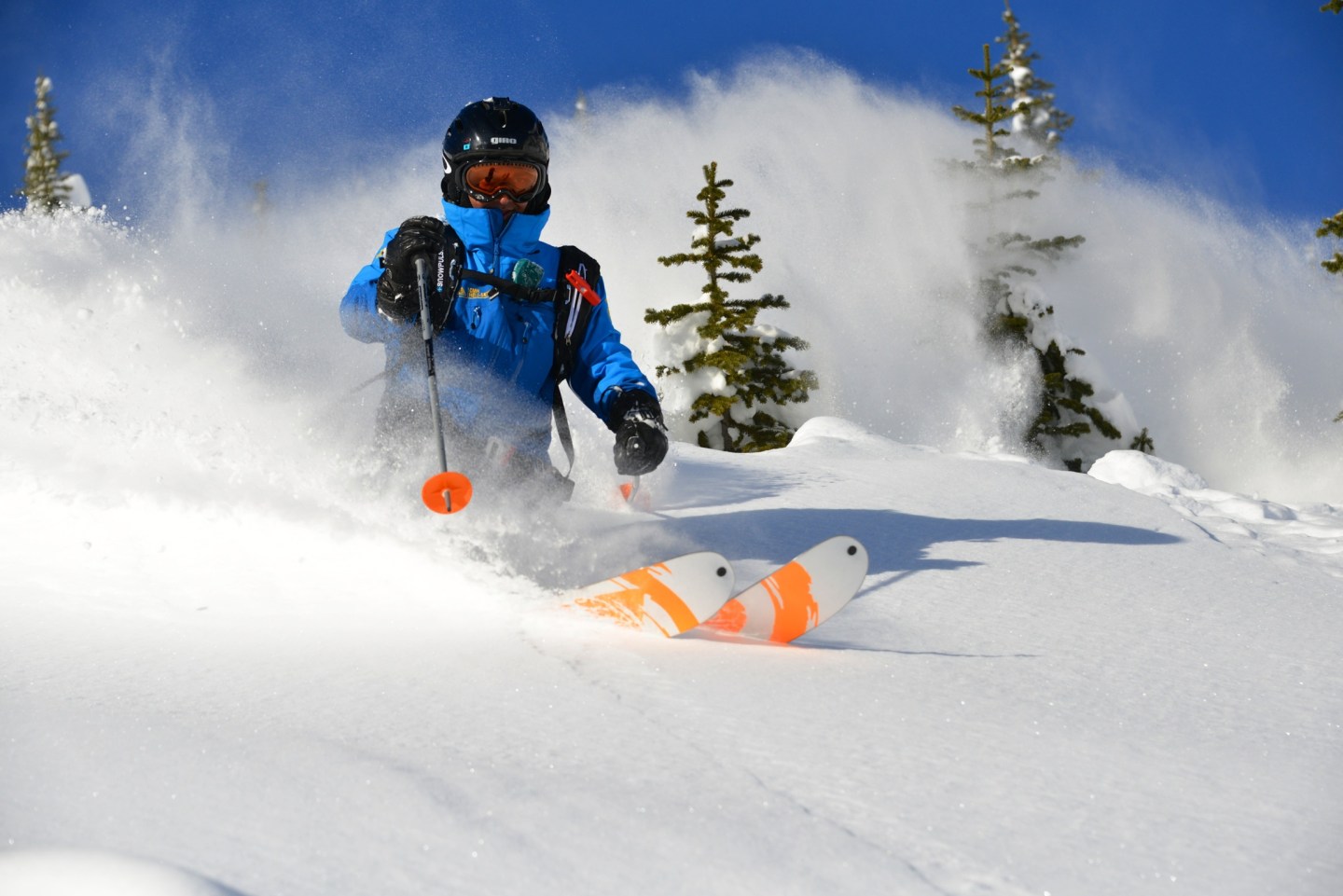 Virtually every morning like clockwork, but without an actual alarm clock, Anand Swaminathan mounts a stationary bike for a brisk 45-minute spin workout. “It helps me stay healthy, clearheaded, and directed,” declares Accenture’s (ACN) youngest-ever global leadership council member, who turned 39 at the end of August and has been named to Fortune’s 2015 class of the 40 Under 40 at No. 18.

Spinning is actually his least extreme physical hobby. An avid helicopter skier, Swaminathan has hurtled down more than 1.5 million vertical feet of steep Canadian mountain slopes. That stat is all the more amazing when you consider he spent the first 17 years of his life in Oman and the United Arab Emirates. On the side, he has completed four “Escape from Alcatraz” triathlons since 2005. I could go on.

“I’m not sure that he ever turns the switch off,” jokes Phil Kilbridge, former CEO for the San Francisco chapter of Habitat for Humanity, where Swaminathan is a director in what’s left of his “spare” time.

“Our core technology business is something for point-specific situations, such as a Salesforce implementation,” he says. “Our digital operation is something quite different. Our [chief marketing officer] agenda is focused on experience and design as it relates to reaching customers. … Our analytics practitioners are expert in providing insights from data. And our third pillar is around mobility.”

Many projects contain elements of all three.

One example: the connected ship project Accenture Digital is undertaking for Hyundai Heavy Industries. The solution uses sensors to track progress of ocean-going vessels and optimize cargo handling. Another project, one in which Swaminathan was personally involved, centers on Visa’s (V) “frictionless” commerce strategy. His team developed the prototype for one service—voice-activated transactions that can be made while driving a connected car—in just 12 weeks.

“You can pay for things simply by talking to your dashboard,” Swaminathan says.

Under his guidance, Accenture Digital is investing aggressively in talent: it engineered six acquisitions in the past year (including four in the last three-and-a-half months), collectively investing $500 million in digital talent and technology. You can expect more of the same in fiscal year 2016, as the group looks to add another 1,500 in headcount.

Swaminathan sweats the details, perhaps too much, purging his inbox daily of an average of 250 messages. “I am a hands-on manager,” he admits. “I love details. The hardest thing to do in managing is trust the people me and delegate to them.”

He has always been an overachiever: the India-born Brahmin finished his undergraduate studies in economics within three years and completed his MBA in just 11 months while working full-time. He had incentive: his father had finally agreed to let Swaminathan marry his college sweetheart outside his faith. But only after graduation. The couple, who met in the vegetarian food line at Ohio’s Case Western Reserve University, has now been married 17 years. They are parents to three boys.

Even though Swaminathan has basically spent half of his adult life working in the corporate world, his reputation as an “exemplar” for entrepreneurs is also impressive. He has advised more than 45 startups, including digital payments darling Stripe and small-business services pioneer ZenPayroll (now known as Gusto). The companies in this frequent angel investor’s personal portfolio were valued at more than $4 billion, as of early September.

Notes one long-time mentor, currently the CIO of a Fortune 500 apparel company, in an unsolicited email: “Anand represents all the characteristics one would be looking for in a leader: inspirational, drive for results, innovative, strong relationships at all levels, excellent people skills, humility, and a thirst for knowledge.”

And he shows no signs of slowing down.