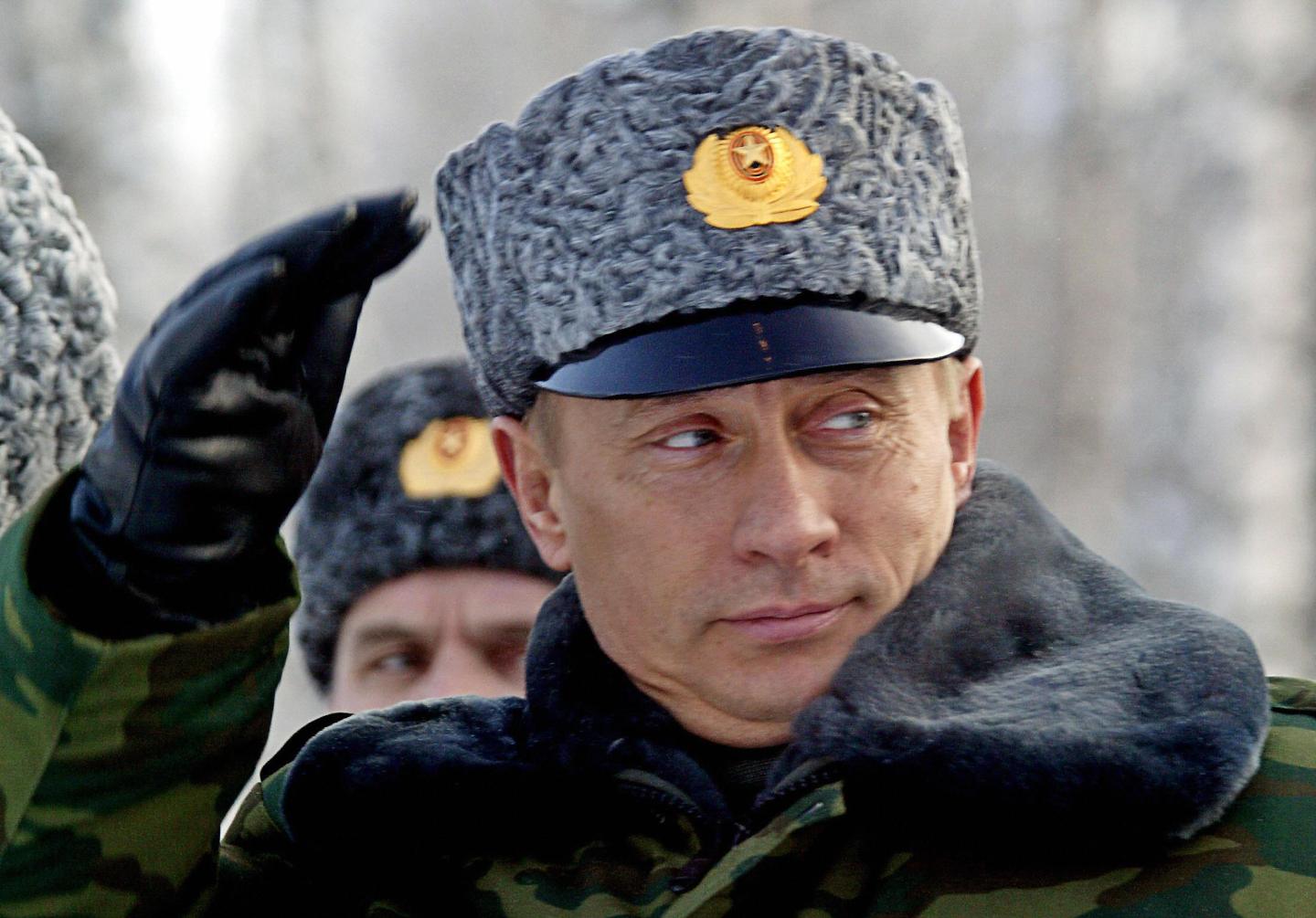 There is no precise match in the Russian language for the English expression, “I hate to say, ‘I told you so’.” But something similar will likely be on the mind of Russian President Vladimir Putin when he meets with his American counterpart, Barack Obama, on Monday during the U.N. General Assembly in New York.

Their last formal sit-down was more than two years ago, at the G8 summit in Northern Ireland in June 2013, when the two leaders clashed over how to resolve the civil war in Syria. This time in New York their main topic of discussion will be much the same, only Putin will be far better equipped to get his point across.

Since the Syrian conflict erupted in 2011, Putin has repeatedly warned the West over the folly of supporting Syria’s rebels against the dictatorship of Bashar Assad, and the last two years of chaos and violence have borne those warnings out. The world haswatched the failed attempts of the U.S. and its allies to arm and train a moderate faction of rebels that might be capable of ousting Assad’s regime. At the same time, the terrorist group most commonly known as the Islamic State has declared a caliphate that spans vast sections of Syrian territory, and many countries in Europe and the Middle East have been inundated with refugees fleeing the savagery of Syria’s conflict.

On Monday, when he will address the U.N. General Assembly for the first time in ten years, Putin is set to propose a way out of the Syrian crisis that would run along two parallel tracks. First, he wants the U.N. to support a military intervention in Syria, one that would allow what Putin calls an “international coalition” of powers–likely including Russia, the U.S., and Iran, among others–to work together in defeating the Islamic State. Second, and perhaps even more controversially for America and its allies, Putin wants the Assad regime to play a role in this effort—and thus to remain in power at least until Syria is stable enough to handle a negotiated change of leadership.

For several weeks, and well before he set a date for his talks with Obama, Putin has been busy putting the early stages of his plan into motion. The Russian military has deployed a formidable group of tanks, warplanes and troops around Assad’s strongholds in the west of Syria, all of which will help Putin put forward his proposal on Monday as a fait accompli: With or without the approval of the U.S. or the U.N., Russia is already mounting a military intervention in Syria to prop up Assad and help him fight off the rebel factions.

Obama will now have to decide whether the U.S. is willing to go along, and if so, on what terms. The hardest prospect for Obama to stomach will likely be aiding Assad, whose forces have committed gruesome and widespread atrocities against civilians. But in the last few weeks, even some of Obama’s former aides and closest allies have come around to the notion that Assad’s forces would be essential to any resolution of the Syrian conflict.

Putin has been working hard to sell that point of view to Assad’s most dedicated regional opponents. On Sept. 24, after a meeting with Putin in Moscow, Turkish President Recep Tayyip Erdogan said for the first timethat Assad could play a role in the “transition process” in Syria. Israeli Prime Minister Benjamin Netanyahu had also paid Putin a visit three days earlier, and Israel’s military later said that it would coordinate with Russian forces operating in Syria. Faced with an influx of Syrian refugees, leaders in Europe have meanwhile grown more desperate in recent months for any workable plan to end the conflict that lies at the source of the mass migration.

Now, if Putin can get Obama to go along with his proposal as well, it would mark one of the greatest diplomatic triumphs of his 15 years in power. Russia’s role as a decider in the affairs of the Middle East would then be more pronounced than at any point since the fall of the Soviet Union, and the country’s diplomatic isolation over its military incursions in Crimea last year would be substantially eased. If the Russian military takes part in a coalition with the West in Syria, Putin would also have a lot more political leverage in getting the West to lift the sanctions it has imposed against Russia over Ukraine.

With so much to gain, it is little wonder that Putin has offered the West a string of conciliatory gestures in order to set a friendly tone for these talks in New York. There has, for instance, been a clear lull in the fighting in eastern Ukraine, patches of which are still under the control of Russia’s proxy militias. On Friday, officials from Russia, Ukraine, and the European Union reached a deal to ensure supplies of natural gas for this winter, settling another sore point in their mutual relations. The following day, Russia sent home an Estonian security officer, Eston Kohver, whose arrest and trial for espionage last year in Moscow had further soured relations between Russia and the West. In this context, it’s also worth noting Putin’ssurprise phone call last week to the performer and gay rights activist Elton John, who has been seeking an audience with the Russian leader to discuss the touchy issue of Moscow’s homophobic policies.

All of these little olive branches, though clearly meant to signal a friendlier mood in Moscow, will not be enough for Putin to reverse the last two years of antagonism between the U.S. and Russia. But they might make it harder for Obama to dismiss Putin’s proposal on Syria outright. In order to do that, the U.S. President may first need to come up with an alternative plan of his own. But with Russia’s forces already in place, any such plan would still have to deal with Putin – either as a partner or an adversary.