ISIS has a money problem 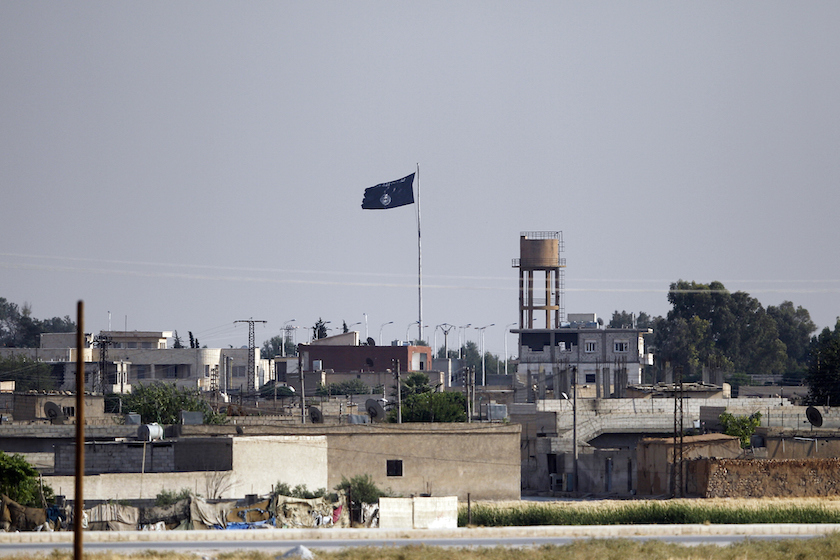 SANLIURFA, TURKEY - JUNE 15: An Islamic State flag flies in the northern Syrian town of Tel Abyad as it is pictured from the Turkish border town of Akcakale, in Sanliurfa province, Turkey, June 15, 2015. Members of the Syrian Kurdish YPG militia took positions on the outskirts of the Islamic State stronghold of Tel Abyad. Thousands of Syrians cut through a border fence and crossed over into Turkey on Sunday, fleeing intense fighting in northern Syria between Kurdish fighters and jihadis.According to Turkish security officials 10,000 people to come across from Syria in last two days. (Photo by Gokhan Sahin/Getty Images)
Photograph by Gokhan Sahin—Getty Images

A widening income gap between ISIS fighters and regular civilians has resulted in resentment among people under the group’s control, Business Insider reports.

ISIS made promises to its followers when it first came into power, but those promises have so far been left unfulfilled. The extremist group, which brought in about $1.2 billion last year, spends more money on weapons than it does attending to the needs of its 8 million people.

ISIS claimed it would help the poor, but its citizens have yet to see any progress. The self-declared caliphate currently has only one relief kitchen, and it’s run by locals. The group also implemented restrictive laws regarding women in the workplace, forcing hordes of professionals to flee the country. This leaves ISIS with fewer people with desperately needed skills, such as doctors.

ISIS makes most of its money by taxing residents. With so many people fleeing, there are significantly fewer to tax. The organization is said to have made hundreds of millions last year by imposing taxes of up to 50% on Iraqi government workers. In an effort to keep that money out of the extremist group’s hands, the Iraqi government stopped paying employees that work in ISIS-controlled areas, putting a significant dent in its revenue.

The group plans to make up for these losses by imposing higher taxes on civilians, who already have trouble paying what they currently owe in addition to financial penalties.

ISIS made about $100 million in 2014 from selling crude oil on the black market, but declining oil prices and airstrikes on facilities have made that avenue a much less stable source of income. It’s also notable that many energy industry experts fled the regions ISIS controls along with other professionals.

It could potentially cost ISIS up to $360 million per year to fund its fighters; with the group’s financial troubles, it looks like it’ll run into problems with its planned expansion.

However, this does not necessarily mean the end for the Islamic State is near. An international policy analyst at Rand, Ben Bahney, told Newsweek: “ISIS is happy to run a state that’s a lot like the Taliban’s rule of Afghanistan in the 1990s. This is mostly about implementing its version of the rule of law, which requires bodies and guns much more than bricks and mortar.”