Ben Carson, Bernie Sanders close in on Clinton and Trump in polls 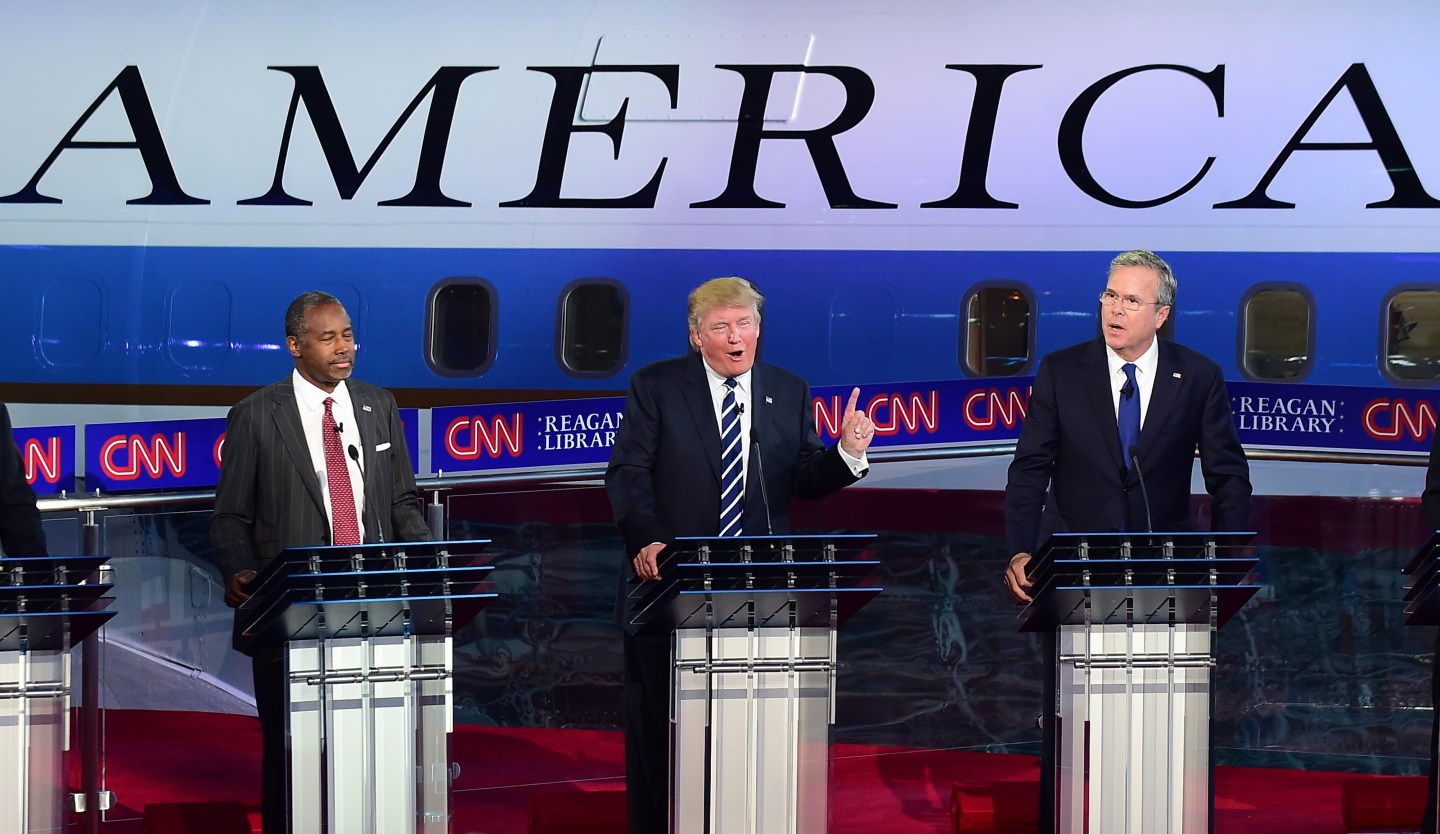 Trump is still technically the Republican frontrunner with 21% support, but Ben Carson trails right behind him at 20%. Trump is still a couple of points up from a previous poll conducted in mid-July in which he was leading with 19% of voters’ support, but he enjoyed a much more comfortable lead at that time, with Carson at 10%. If you combine voters’ first and second choices in the latest poll, Carson comes out ahead of Trump.

The September poll shows Carly Fiorina and Marco Rubio tied for third place, each with 11%. This marks a meteoric rise for Fiorina who, WSJ reports, “barely registered” in earlier polls. Twenty-eight percent of voters chose her for either their first or second choice, up from a mere 2% in July.

The poll also measured support for the Democratic candidates. Hillary Clinton remains in the lead with 53%. While Vermont Senator Bernie Sanders had been a massive 34 points behind her in a July poll, he has narrowed that lead significantly, registering 38% in September’s poll, putting just 15 points between the two presidential hopefuls. Other Democratic candidates received 1% of the vote or less.

Adding Joe Biden to the mix does not make much of dent into Sanders’; his support decreased by just 3 points in the latest poll, taking him to 35%. Indeed, Biden would take most of the air out of Hillary’s base of support, whose backing declines to 42% if Biden were running, giving her just a seven point lead over Sanders. Add Biden to the primary race, according to the September poll, and he would sit at third place among Democrats with 17%.