The most expensive sake that Alibaba’s Jack Ma ever had 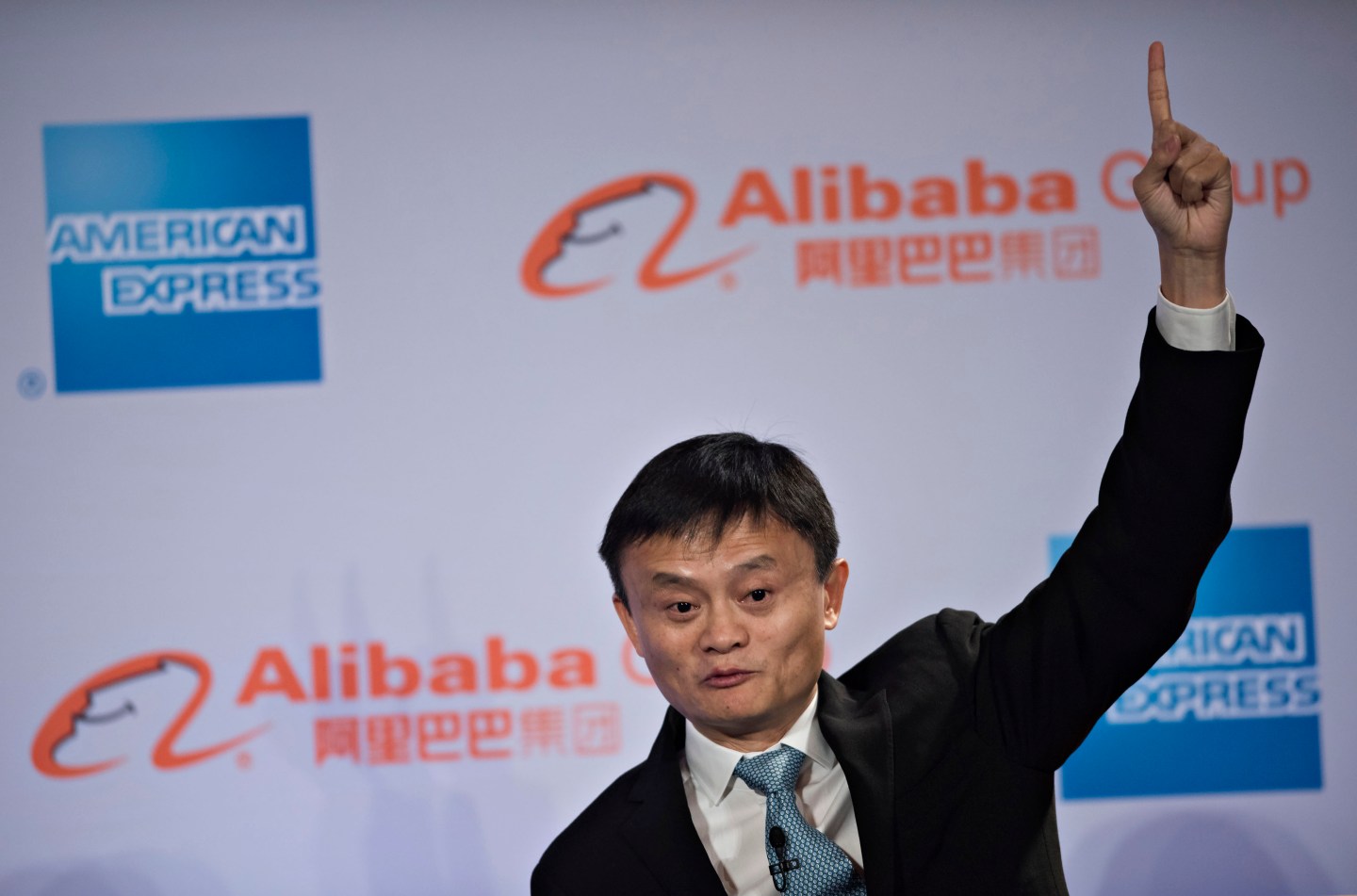 This year marks the tenth anniversary of one of the most lucrative deals in tech history. In 2005, Yahoo co-founder Jerry Yang led Yahoo’s negotiations to buy a 40% stake in Jack Ma’s then fledgling Chinese e-commerce company, Alibaba, for $1 billion.

That stake is now worth over $20 billion.

On Thursday night, during an interview at Stanford University, the two executives took a trip down memory lane and talked about the blockbuster deal. Yang played the part of the interviewer while Ma answered his questions.

“It was a big risk when [Yang] put $1 billion into Alibaba,” said Ma, now Alibaba’s chairman. “We went back and forth over the terms, and almost ended the deal at one point.”

That night, to help settle the impasse, Yang asked Ma out for a drink. Yang bought Ma a massive glass of sake, and aimed to convince Ma how wonderful Yahoo was, and how the deal would help Alibaba. “It was the most expensive sake I have ever had,” Ma joked.

Yang and Ma’s history spans decades. Yang first met Ma on a trip to China in 1997, when Ma was working for the Chinese government as a translator. Ma was assigned to take Yang on a tour of China’s Great Wall.

Nearly ten years later, Yang started hearing about Alibaba, a marketplace for businesses much like eBay. Yang kept wondering if it was the same Jack Ma that had been his tour guide in China.

It was 2005, and Yang recalled that Yahoo was trying to build a business in China after seeing success with Yahoo’s operations in Japan. “But we couldn’t build a China business,” Yang explained.

Yahoo’s eBay-like site in China was getting “killed” by a local company called Taobao, one of Alibaba’s e-commerce sites. “I thought, if you can’t beat them, join them,” Yang said.

The story will take a new twist if and when Yahoo (YHOO) eventually spins off its massive investment in Alibaba (BABA) amid pressure from Wall Street to return money to shareholders. Yahoo’s plan is to put the shares in an independent public company called Aabaco Holdings as a way to avoid billions in taxes. But the IRS has declined to rule on a proposed tax-free spin-out, creating uncertainty around the plan.

Ma and Yang didn’t address the current state of Yahoo’s stake. But during the interview, Ma revealed another interesting tidbit — that Alibaba videotapes many business discussions. In particular, there are videotapes of many of the heated discussions around the decision to take money from Yahoo back in 2005.

“One day we’ll release those,” he laughed.

For more about Alibaba’s executive leadership, watch this video: