What the Volkswagen scandal says about the rise of Tesla 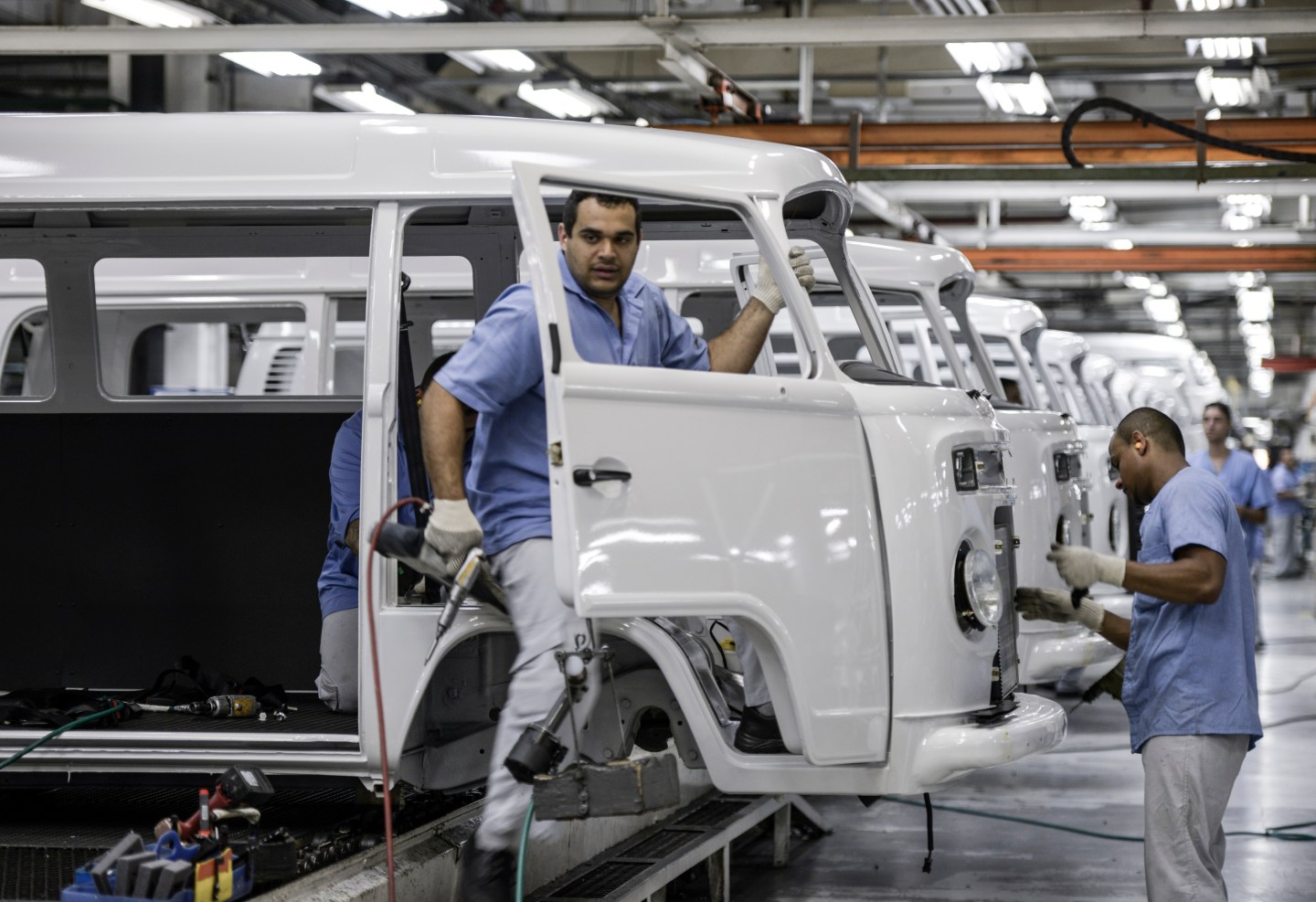 When Daniel Carder first saw the results of the emissions tests, he just assumed his research team at the University of West Virginia had made a mistake. His experiments had been funded by a group called the International Council on Clean Transportation – with the implicit assumption that they would confirm the excellent emissions of a number of VW diesels. Instead they “saw huge discrepancies. There was one vehicle with 15 to 35 times the emissions levels and another vehicle with 10 to 20 times the emissions levels.”

All that was more than a year ago. But the real-world results of Carder’s experiment materialized this month, when the Environmental Protection published a terse 6-page letter to Volkswagen AG . It accused the German carmaker of installing a “defeat device” on its vehicles to circumvent emissions testing. Later, Volkswagen admitted that its deception extended to 11 million vehicles worldwide. The fallout is ongoing. Share prices crashed and on Wednesday Volkswagen’s CEO Martin Winterkorn – who has nearly doubled the automaker’s sales since 2007 – resigned.

Automakers don’t like to admit it, but for over half a century, regulation has been a driving force for innovation in the U.S. auto industry. Without it, the engines, interiors and tailpipes of our cars would be virtually unrecognizable. Until now, that regulation has relied, to some extent, on the consent of the regulated – who have often fought back on technical grounds and frequently fudged the rules. Today, that veto power is waning. Electric cars, ride sharing and the rise of autonomous vehicles have created powerful new interests eager to take over market share held by incumbent automakers. Part of the competitive strategy for companies like Tesla (TSLA), Google (GOOG), Apple (AAPL) and Uber will be to embrace and promote regulations that enhance their disruptive power. In the process, they will strengthen the hand of regulators and dramatically accelerate innovation in the space.

This shift in power from industry to government was many decades in the making. The auto industry, if not the automobile, was an American creation. And for the first 50 years of its existence, it was one of the most lightly regulated industries in the U.S. economy.

However, starting in the 1950s, automakers began to lose that cherished independence. Their research and development focused on style and speed, but air pollution, driver fatalities and oil shocks provided the impetus for government to promote new kinds of innovation.

One critical actor in this saga was Arie Haagen-Smit, a Dutch chemist at CalTech. Disgusted by the Los Angeles smog, he decided to unravel the mystery of air pollution and discovered that automobiles were the major culprit. As a direct result, regulators became a gatekeeper between Detroit and U.S. markets as they sought to make the automobile cleaner.

In the 1970s, environmentalists and energy hawks pushed the federal government to regulate both fuel economy and increase its oversight on emissions. As a result, auto emissions fell by a stunning 89% between 1974 and 1986. During that same period, the fuel economy almost doubled.

But along the way, automakers gamed fuel economy standards so aggressively that two different rating systems were developed. The first was used for regulatory purposes: to calculate Corporate Average fuel Economy (CAFE) standards. It was measured by speeding up and slowing down cars over a defined series of intervals that mimicked real-world driving. In response, automakers calibrated the performance of their vehicles to this test cycle. They were so effective in cheating that the EPA eventually instituted a new series of tests to yield “real world” fuel economy numbers. As a result, a vehicle that achieves CAFE standards of 39 mpg, may only achieve 29mpg under the EPA’s rating system – and less in real life. Just like fuel economy, air pollution was also a battlefield.

Congress was not motivated enough to solve these problems. In fact, tinkering with fuel economy standards became a “third rail” of congressional politics. (Congressman John Dingell of Detroit targeted Nevada as the site for a nuclear waste dump following an effort by Nevada’s Senator Richard H. Bryan to raise CAFE standards.)

The automakers rarely accept new regulations or scrutiny without a fight. When Ralph Nader’s book Unsafe at Any Speed drew attention to the poor safety and emissions performance of certain GM vehicles, the company retaliated with a campaign of defamation, harassment and spying against the consumer advocate. They even tapped his phone.

But while it’s tempting to paint massive car companies as cartoon villains of this narrative, it’s also important to understand their perspective. Margins are frequently on a knife’s edge (even in today’s booming auto market, profits are less than 5% across the industry) and the capital required to build a car is formidable. Experimentation with new technologies is expensive and risky.

In the case of German manufacturers, this led to them emphasize their core competency, diesel engines, over hybrid vehicles with sometimes spurious claims about pollution and greenhouse gas benefits. In the context of decades past, that strategy made some degree of sense. But in an industry that is thick with public data and roiling in cascades of innovation, such misinformation campaigns have a limited shelf life – and long-term consequences.

But there is another model that has sometimes proved successful for technologically aggressive manufacturers: embracing regulation-driven innovation.

So which model is likely to prevail? Over the coming decade, the EPA has set stringent limits to reduce both criteria emissions (which harm human health), as well as greenhouse gas emissions (which cause global warming). Corporate Average Fuel Economy standards are increasing and California is mandating that automakers sell large numbers of electric vehicles.

In the long run, it seems unlikely that companies like Volkswagen that race to the bottom, or cheat the system, will win.

With the rise of car-share services like Lyft and Uber, fewer people are going to own cars and every day transportation is likely to become commoditized. This will further squeeze already thin margins. Entrants like Tesla and Apple will focus on premium electric cars.

With willing partners, regulators will help tip the balance. Laggards will be forced to buy credits for fuel economy and emissions from companies like Tesla and Apple and to pay fines. They will become less profitable.

Indeed, it’s already happening. Volkswagen is potentially subject to “a civil penalty of up to $37,500 for each violation.” That could be as much as $18 billion – a number that sent its stock price from $163, to $107 in just two days.

These dynamics will only intensify over the coming decade. Automakers are struggling to navigate the transition. Earlier this month, Porsche announced that it is looking at building an electric competitor to Tesla’s Model S. Reports say Mercedes plans to deemphasize diesel in favor of plug-in hybrids. And this spring BMW said that by 2025, every model will offer a plug-in configuration.

As batteries, car share and autonomous vehicles come to the fore, it will be more difficult for investors and regulators to forgive the likes of Volkswagen. We are entering an era of cataclysmic innovation that will force many automakers out of business and others to abandon their incremental tweaking of technologies like the diesel engine. If not, they will suffer injury at the hands of regulators, and eventually fall prey to the ravenous innovators of Silicon Valley.

Levi Tillemann is author of The Great Race: The Global Quest for the Car of the Future and a fellow at New America.