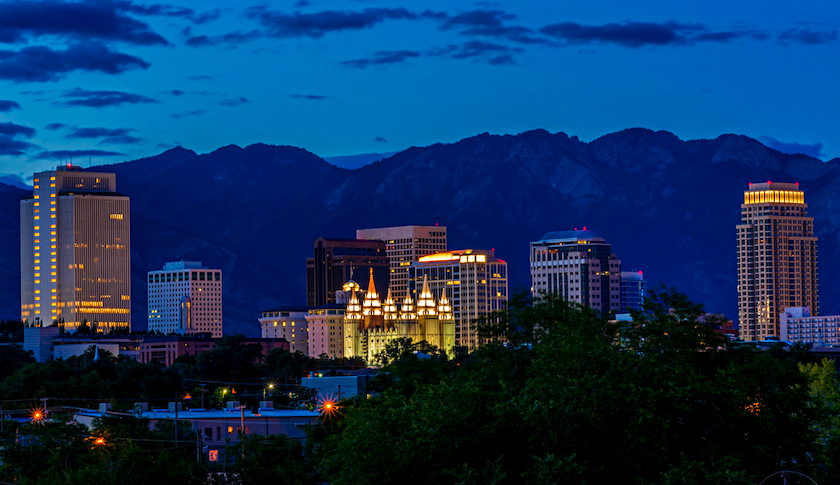 If you’re an entrepreneur, a techie, or both, Silicon Valley is still a mecca. For the rest of us, though, maybe not so much. Number-crunchers at personal-finance website SmartAsset recently looked at 358 of the largest metro areas in the U.S. and took into account a range of factors like the cost of housing, local job creation, median income, and growth in residents’ pay from early to late career. They then came up with their list of the top cities in the U.S. for career opportunities. It turns out the state with the most cities at or near the top of the list is … Utah. (Surprised? So were we.)

Here are the top six cities in SmartAsset’s ranking, and why they’re booming:

1. Provo, Utah. Fast becoming a tech hub, Provo is home to software giant Novell and three tech-startup unicorns. Its robust health care industry and two universities are big employers, too. Unemployment, at 3.6%, is well below the current national average of 5.6%, and the number of new jobs created leapt 6.9% between 2014 and 2015—the highest rate of job growth of any metro area in the U.S.

2. Logan, Utah. Unemployment here, at 3%, is even lower than in Provo. The cost of living is low too, including median annual housing costs of just $8,244, well below the average for U.S. cities. That means “workers who are considering jumping to a new job can do so under lower financial stress,” the SmartAsset report says. A diverse local economy includes Utah State University and Convergys.

3. Fargo, N.D. Fueled partly by the oil-and-gas bonanza of recent years, education and health care are big employers, keeping Fargo’s jobless rate at a tiny 3.3%. “Workers who remain for the long term also receive a significant boost, as late-career salaries are 21% higher on average than early-career salaries,” notes SmartAsset.

4. Salt Lake City, Utah. The state capital added 29,000 jobs from mid-2014 to mid-2015. It forms a single metropolitan area with Provo, Logan, and Ogden (No. 13 among SmartAsset’s top 25), with a total population of 2.5 million. Salt Lake City and environs scored so well by all of SmartAsset’s criteria that researchers call it “the best region in the country for new career opportunities.” The skiing in the nearby Wasatch Range isn’t bad, either.

5. Dayton, Ohio. It’s probably best known as the hometown of the Wright brothers, and the aviation industry is still big in the area, but the local economy includes a varied group of employers like Cox Media, GE Capital, Honda, and Wright-Patterson Air Force Base. At 4.9%, Dayton’s unemployment rate is well below the U.S. average.

6. Austin, Texas. The greater metro area is home to Dell’s headquarters and enough tech startups to have earned it the nickname, “Silicon Gulch.” Lots of people are moving here. Austin’s population grew 2.9% between 2014 and 2015, the largest increase of any U.S. city. But jobs are proliferating too. The city created about 30,000 new ones from mid-2014 to mid-2015, and unemployment stands at just 3.3%.

Conspicuously absent from SmartAsset’s list of the top 25: Any cities in California. How come? Sky-high housing costs knocked many of the Golden State’s 26 metro areas out of the running, explains Nick Wallace, the SmartAsset researcher who led the study. As for New York City, fuhgeddaboutit. “High housing costs were definitely a factor,” says Wallace. “New York also has a high unemployment rate”—5.7%, or slightly above the national average.