Guess who showed up at Oculus Connect? 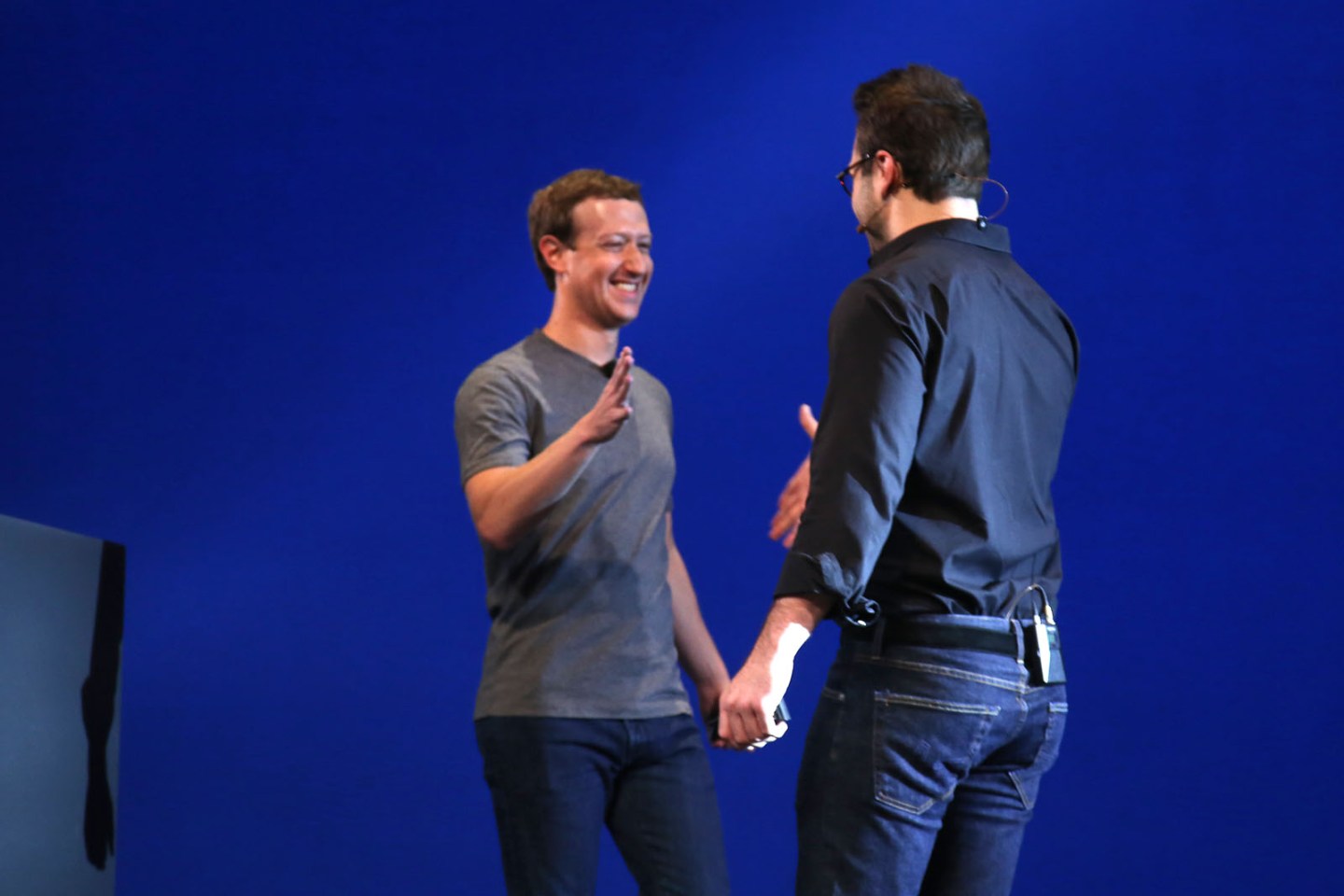 Facebook CEO Mark Zuckerberg made a surprise appearance at the second annual Oculus Connect developer conference to show his company’s commitment to virtual reality—just in case the $2 billion it paid last year to acquire Oculus VR wasn’t enough validation for the new market.

“VR is the next great tech platform that’s going to define the way we connect in the future,” Zuckerberg said on stage at the Dolby Theater in Hollywood in front of 1,500 developers.

According to Zuckerberg, we’re entering a golden age of animation and video, but VR, including 360-degree video, is the next step in how anyone can create, share, and experience anything. Zuckerberg then promoted the new Facebook (FB) 360-degree video player by showing a short Star Wars clip.

“In just a few years VR has gone from a sci-fi dream to an awesome reality,” Zuckerberg said.

But Zuckerberg warned that VR is going to grow slowly, pointing to the mobile market as a recent example of new technology changed the world.

“The first smartphones did not ship tens of millions, but they proved that an idea was real, and they grew over time,” Zuckerberg said. “Facebook is committed to VR long-term. We’re going to work hard to serve this community.”

The early VR community is expected to reach the millions with the launch of the $99 Oculus-made Samsung Gear VR Consumer Edition, The mobile VR headset, announced at Oculus Connect, will work with all 2015 Samsung smartphones, and will launch in the U.S. before Black Friday and then be released around the globe shortly thereafter. Piper Jaffray senior research manager Gene Munster believes the $99 price point will enable Samsung to sell one million Gear VRs this year and five to 10 million headsets next year. The Gear VR consumer edition is 22% lighter and more comfortable than the $200 Innovator Edition that’s currently sold at retail, according to Peter Koo, senior vice president of technology strategy at Samsung Mobile.

MORE: How will the Vive headset delay affect the VR market?

Gartner analyst Brian Blau says it’s pretty significant that Zuckerberg’s behind VR and immersive technologies because a lot of people will pay attention to that. And the Samsung price point, which doesn’t include the cost of the phone, is a very affordable entry point into VR.

“Oculus has showed that there’s a lot of promise in VR and that it’s ready for prime time,” Blau says. “They have the depth of product development that is going to prop up the VR industry the first couple of years.”

Oculus did not reveal the exact launch date or price point for the consumer edition of Oculus Rift, but the company is working with Nvidia and Intel to label specific PCs from manufacturers Asus, Dell, and Alienware as “Oculus Rift Ready” that will retail for under $1,000.

“Oculus has an inherent advantage with Facebook’s user base and deep products,” Munster says. “The launch delay by HTC for HTC Vive is costly for that company because they really needed to get out in front of Oculus and build out some momentum. Now the momentum is with Oculus Rift.”

Oculus VR CEO Brendan Iribe said that over the next 12 months millions of people will experience VR for the first time and understand what “presence” means, watching the line between the real world and virtual melt away.

“VR is a once in a generation moment where we can create something that inspires millions of people, something that they’ve never seen before,” Iribe said. “This is the dawn of VR. We’ll see new technology breakthroughs, new interactive and gameplay mechanics, and entirely new forms of experiences—some of which will last for decades. It will start small, but year over year it will grow to something incredible.”

One thing that could help Oculus grow is Minecraft. Oculus VR founder Palmer Luckey took the stage to announce that a VR version of Mojang’s game will be playable through Microsoft’s Windows 10. Microsoft (MSFT) has partnered with Oculus and is providing the Xbox One controller that will ship in every consumer edition box.

And for everyone who couldn’t attend the conference, NextVR was on hand to livestream all of the keynotes—in 360-degree virtual reality, of course.

For more Fortune coverage of Oculus, watch this video: