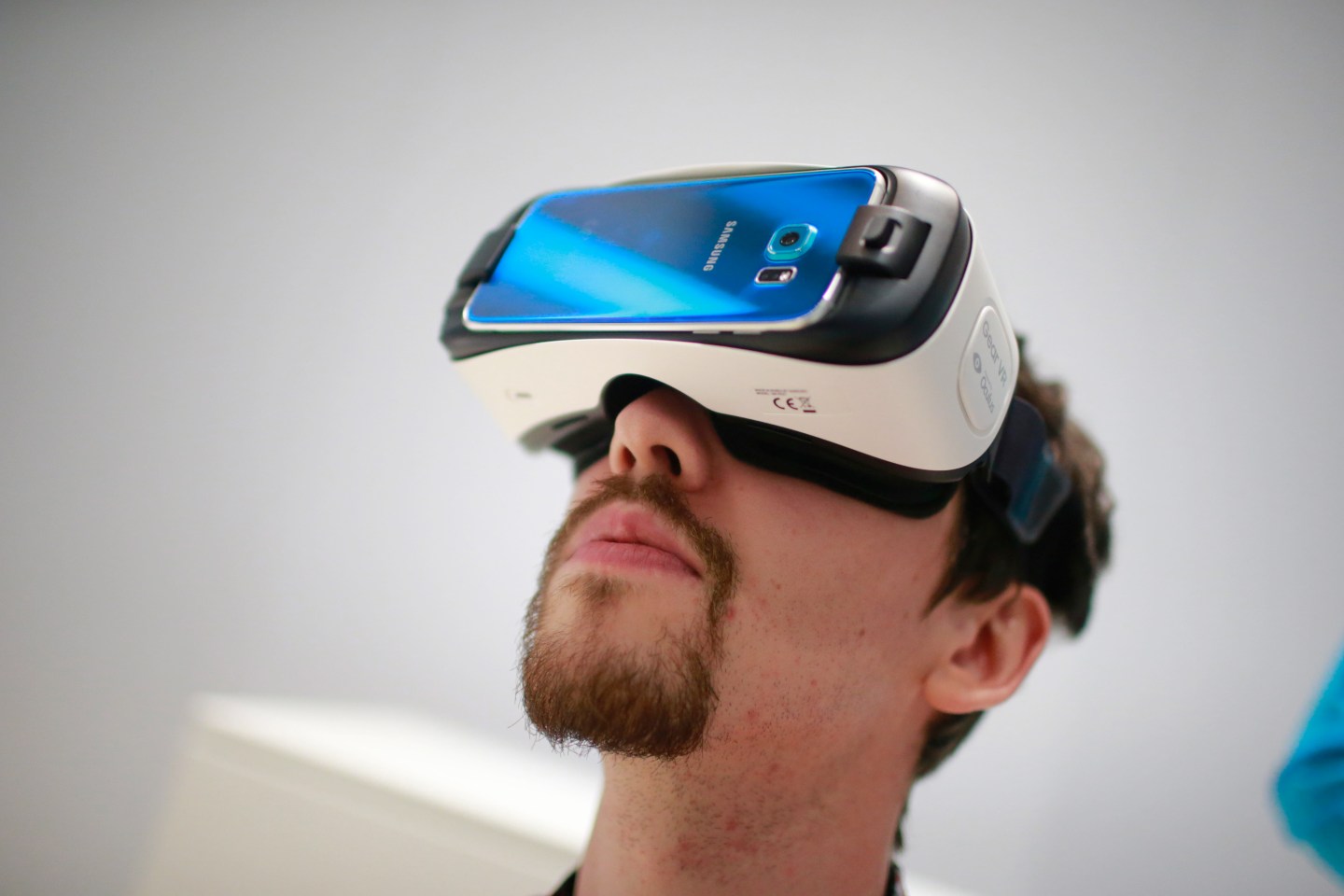 A visitor wears a Samsung Gear VR virtual reality headset in the Samsung Electronics Co. pavilion at the Mobile World Congress in Barcelona, Spain, on Tuesday, March 3, 2015. The event, which generates several hundred million euros in revenue for the city of Barcelona each year, also means the world for a week turns its attention back to Europe for the latest in technology, despite a lagging ecosystem. Photographer: Pau Barrena/Bloomberg via Getty Images
Bloomberg Bloomberg via Getty Images

In partnership with Oculus, Samsung announced a $99 virtual reality headset Thursday to get more consumers into the space.

The Gear VR will be compatible with phones including the Galaxy Note 5, Galaxy S6 edge+, S6 and S6 edge, and is expected to be released this fall. It’s a lighter version of the Gear VR Innovator by about 22%, according to Samsung in a release. The company says it has also a more robust touchpad, along with a greater selection of gaming, video and other content.

“Samsung has been at the forefront of delivering mobile experiences and ‘Gear VR Innovator Edition’ launched last year was no exception,” said JK Shin, CEO of Samsung Electronics. “We see virtual reality as the next computing platform, and we are thrilled to partner with Oculus on Gear VR to set the standard for mobile VR and bring this revolutionary product to consumers.”

“Together with Samsung, we’ve redefined virtual reality and created the best mobile VR experience available today,” said Oculus CEO Brendan Iribe. “On Gear VR, people are playing immersive VR games with friends, sharing 360 video experiences, and teleporting around the world with photos and videos – and it’s only the beginning for what’s possible with mobile VR.”

For more Samsung’s virtual reality business, Fortune reported on its offerings in May. Fortune also reported on the slew of new headsets that have come to the market in recent months.