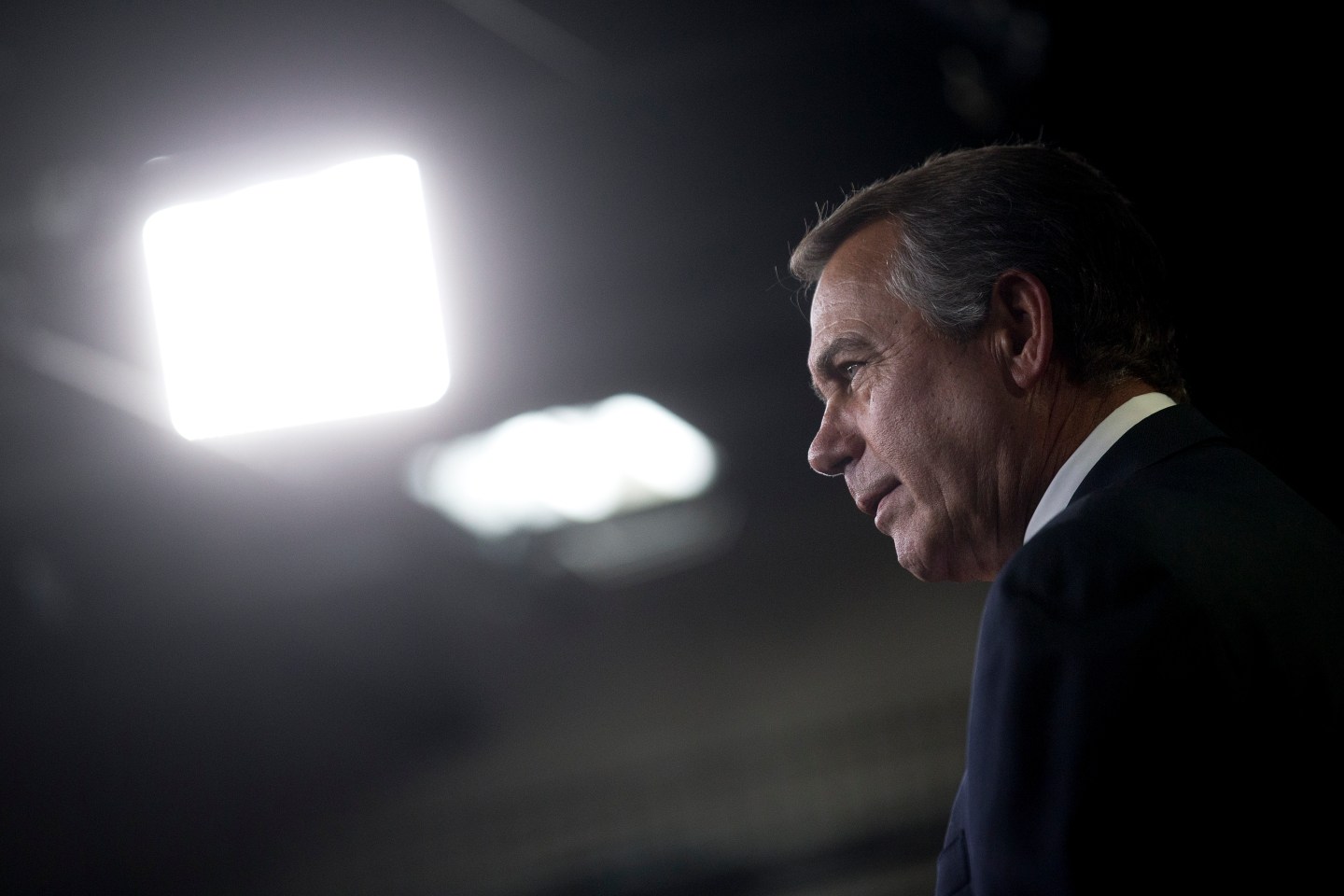 U.S. House Speaker John Boehner, a Republican from Ohio, speaks during a news conference on Capitol Hill in Washington, D.C., U.S., on Thursday, June 11, 2015. Boehner said he's encouraged although won't guarantee that his chamber will pass legislation giving fast-track trade authority to President Barack Obama as the House prepares for a series of votes on the trade package Thursday and Friday. Photographer: Andrew Harrer/Bloomberg via Getty Images
Photograph by Andrew Harrer — Bloomberg via Getty Images

Republican Speaker of the House John Boehner announced his retirement on Friday, which will be effective at the end of October.

Boehner has held the role since 2011 and he previously served as the House Minority Leader and the House Majority Leader before taking on the role of House Speaker. He’s been serving in the House of Representatives since 1991.

“John Boehner has been a great leader of the Republican Party and the House of Representatives,” said Representative Paul Ryan of Wisconsin in a statement. “This was an act of pure selflessness. John’s decades of service have helped move our country forward, and I deeply value his friendship. We will miss John, and I am confident our conference will elect leaders who are capable of meeting the challenges our nation faces. I wish John and his family well as he begins the next phase of his life.”

“The next speaker is going to have a very tough job. The fundamental dynamics don’t change,” said Representative Charlie Dent, Republican of Pennsylvania to the New York Times.

John Boehner dedicated his life to public service. Bringing the Holy Father to Congress was a fitting cap to a great career.

Rep. David Jolly, R-Indian Shores said to the Associated Press, “The honor of John Boehner this morning stands in stark contrast to the idiocy of those members who seek to continually divide us. The shutdown caucus as I call them has a small victory.”

“I am happy that one of his final memories will be watching the Pope address an institution the Speaker loved and served for many years,” said Trey Gowdy, Republican Representative of South Carolina, to the Times. “He had an incredibly hard job, as whoever takes his place will learn.”