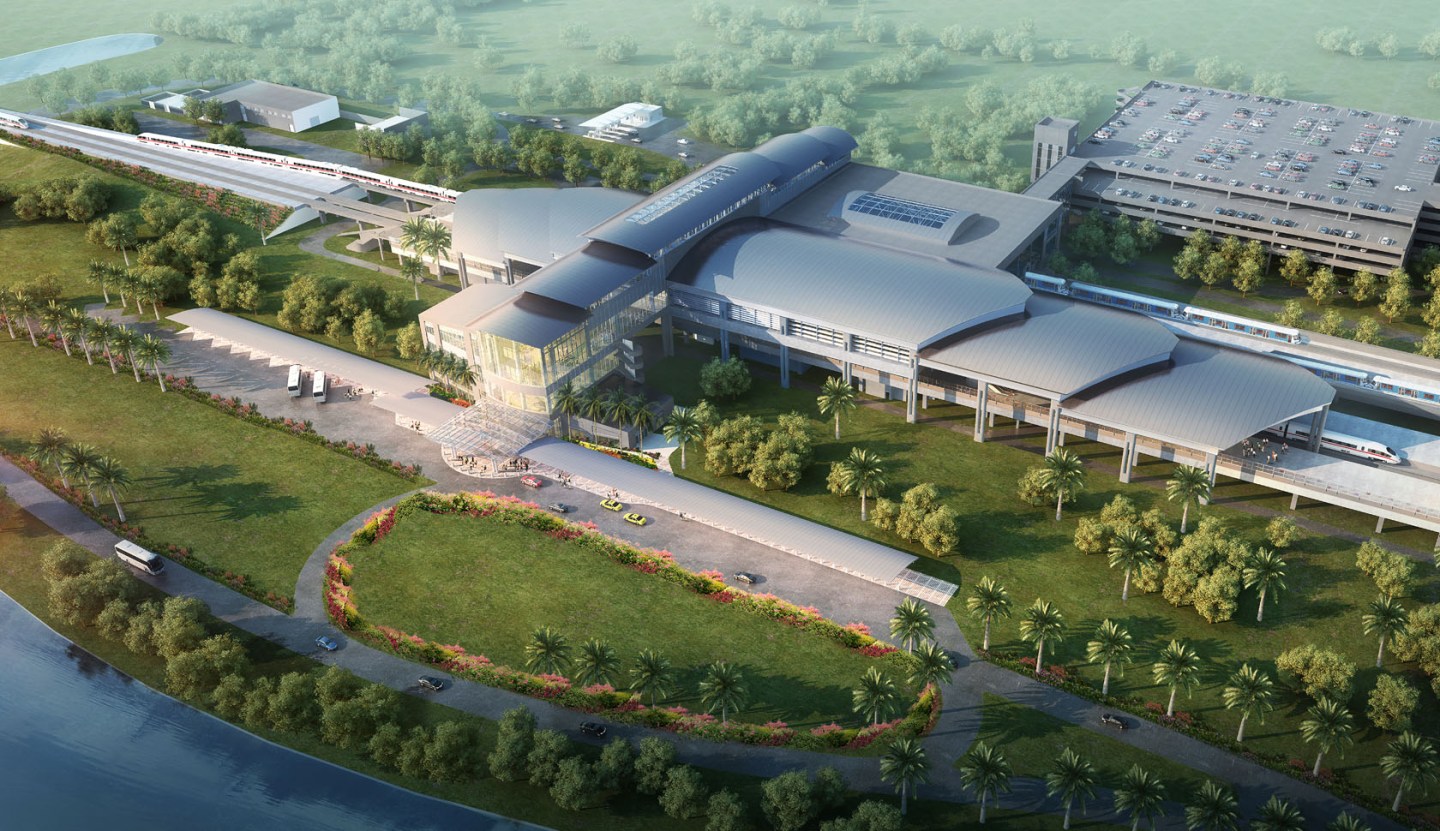 All Aboard Florida, a subsidiary of Fortress Investment Group (FIG), will soon issue $1.75 billion in bonds to help finance the construction of a passenger railroad line stretching from Orlando, Florida south to Miami. If it stays on track for a 2017 opening, AAF will be the first private passenger railroad line built in the U.S. in decades.

But the project has its detractors—a coalition of quiet communities along the route who question its safety, its impact on quality of life, and the ethics and motivation behind its financing. Based in the Treasure Coast region north of Palm Beach, Citizens Against Rail Expansion, is working with counties in state and federal courts to block the project—even with construction underway and financing in progress.

Since the postwar collapse of rail ridership, putting up new lines without government funding and subsidies has looked infeasible, even as environmental concerns and increasing urban density make rail more attractive for planners. All Aboard Florida has some advantages in getting up to speed—it’s a sister company of Florida East Coast Railway, a freight rail shipper that will share its rails and right of way with AAF.

More interesting, AAF is taking a page from Henry Flagler, the 19th century Florida hotel-and-rail baron, by structuring its project as a joint rail and real estate development. AAF has broken ground on stations in Miami and Fort Lauderdale that it says will house flagship retail and restaurants.

Just as Flagler’s lines helped fill his luxurious hotels, AAF says its trains will channel the spending power of Florida’s tourists, drawn by attractions like Orlando’s Walt Disney World, into its retail developments. And AAF is working with the cities it stops in to connect with local mass transit, making it easier for travelers to do without renting a car—which is more expensive in Florida than in most of the U.S.

MORE: Why America is betting big on bullet trains

But opponents allege AAF is even more clever than that. For parts of AAF’s shared route with FECR, parallel rails will be added, and CARE representatives claim the real motivation behind the project is to use those extra rails to carry more of FECR’s freight.

“We are concerned that this is really about the freight as much as it is about the AAF,” says CARE head Brent Hanlon. “If you were just building this for the passenger train, you would not be getting this level of opposition.”

CARE claims that increased train traffic along the route will slow emergency responders, interfere with coastal boat traffic, and make grade crossings more dangerous. Similar opposition has been a continuing thorn in the side of modern rail development. In Texas, ranchers have opposed a high-speed line between Dallas and Houston because, among other things, it might upset their cows.

Other questions center on AAF’s funding. In August, the Florida Development Finance Corporation approved AAF’s request to issue $1.75 billion in tax-exempt Private Activity Bonds, a category reserved for private projects with a public benefit. CARE characterizes these tax exemptions as a government subsidy, to the tune of $600 million.

CARE has also, in the courts and in public statements, argued that various irregularities marred the approval of bond financing by the Florida Development Finance Corporation, a pseudo-public issuer operating with state authority. CARE alleges that several FDFC commission members had not been properly confirmed at the time of the approval, and that AAF does not technically qualify for the funding because it is not a high-speed rail line.

Two Treasure Coast counties filed formal challenges to the bond sale earlier this month, but that’s arguably a Hail Mary move. In June, a federal judge denied a request for an injunction based on similar claims, and FDFC has said that no decision at this point will impact the bond issue. Meanwhile, AAF has already cleared the sites for several of its stations and is about to go vertical, and is preparing to lay rail.

There’s a historical irony to these communities’ opposition to passenger rail—it was Flagler’s and other passenger trains, after all, that enabled Florida’s development in the first place. AAF’s station in Miami, in fact, will be located on the same land where Flagler’s Miami Grand Central Station once stood.

For more Fortune coverage of passenger railways, watch this video: