Why capitalism is worth defending to the Pope 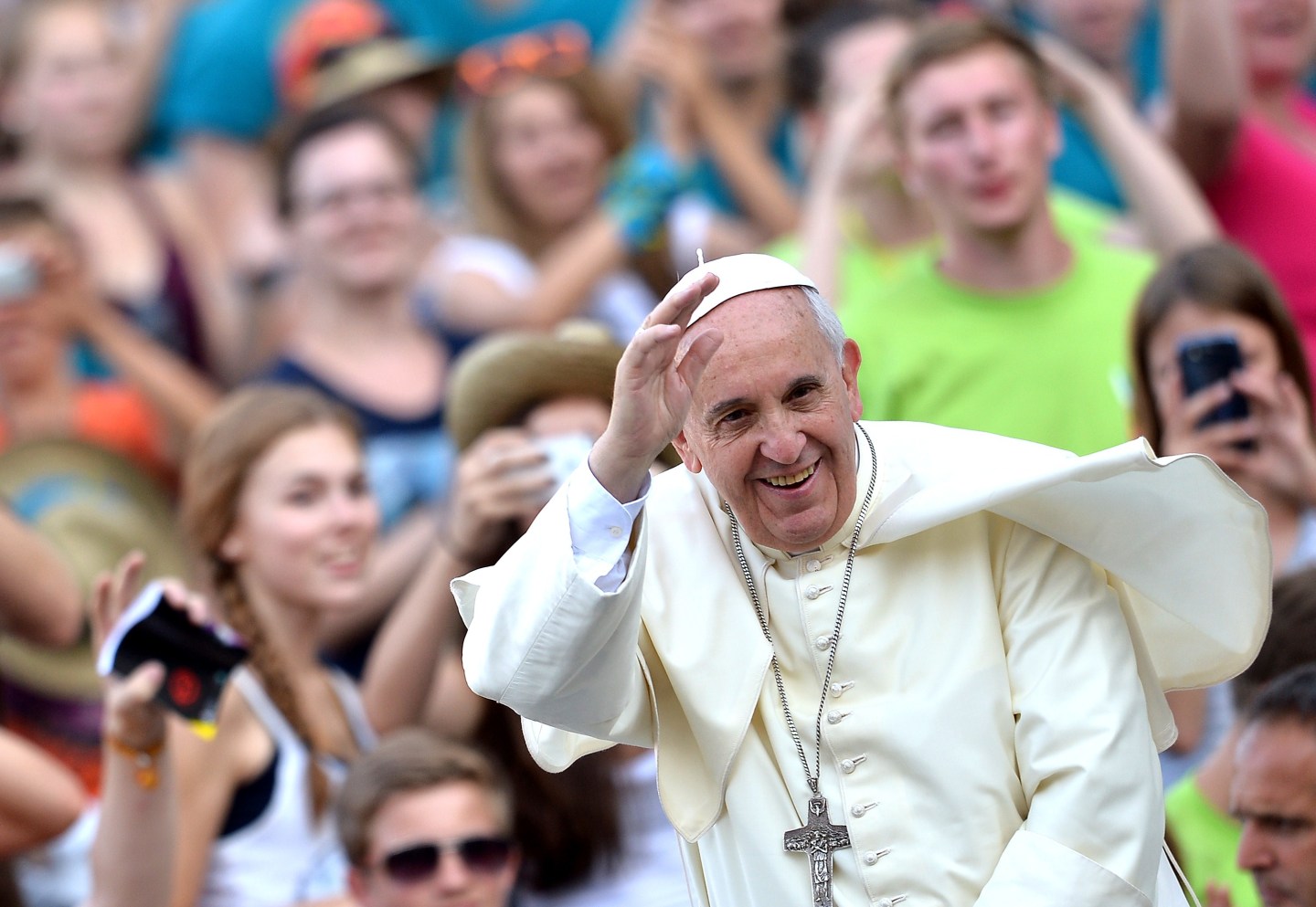 What are we to make of the Pope’s visit to the United States in the year of our Lord 2015? His holiness has made numerous comments about capitalism that challenge us to think about modern society’s economic structure and the consequences on the environment and on the poor. But are the Pope’s views, his speeches and encyclicals, a dilemma for those who believe in both Christ and capitalism?

In January, the man known as Pope Francis’ closest economic adviser, Cardinal Reinhard Marx, visited Stanford University and expressly asked to meet with scholars on campus who work at the Hoover Institution, home to many famous free-market economists and the not-so famous yours truly. Our conversation was private, but I can tell you that Cardinal Marx is a sincere, joyful, and genuinely curious man. He wanted to hear my defense of capitalism, and, curiously, he wanted our insights on the technology companies in Silicon Valley. I’ll share the humble advice below, but first let’s consider the context of Pope Francis shaking hands with President Obama and addressing a joint session of Congress.

In the eyes of the papacy, with a history that stretches back to Saint Peter, the two centuries of American history are a fraction of its two millennia. Yet in the past century, the US has emerged as the richest nation of all time in absolute terms and also in terms of wealth per person. Our military has twice interrupted genocides in Europe when European powers could not. We have toppled dictators, for better or worse, and helped rebuild our enemies and allies in Germany, Japan, Korea, and yes, Italy. This is something new under the sun. As for Francis, he is also something new under the sun – the first pope born in the new world, indeed, the first born outside Europe in 1272 years (who was Pope Gregory III, from Syria).

We Americans live in the world of constant economic change. We are confident if not comfortable with “creative destruction” that would terrify most humans throughout history. Imagine trying to explain a single firm putting tens of thousands of employees out of work. Most people in the world, and I suspect most in Argentina in the 1950s where the pope was a boy, live in towns with fewer than ten thousand people and cannot comprehend how such turbulence can be good. They see the poor who die in contrast with companies that live, and call it capitalism. They don’t see the long view – the fruits of capitalist economic growth that our only Catholic president described as “A rising tide lifts all boats.”

The Pope is not calling for us to renounce capitalism, but to renounce a “deified market” and “profit at any price, with no concern for social exclusion or the destruction of nature.” This is a worthy call, one we should answer with happy hearts.

Capitalism is the most loaded of words, but we can find common ground in agreeing that there are good and bad versions. Our founding documents – the Constitution and Declaration of Independence – make no mention of capitalism. Rather, they establish property rights, contracts, and basic economic freedoms. The American dream is real because everyone, rich and poor, are given “Equal Justice Under Law,” words literally carved in stone above our Supreme Court. This is new under the sun, and it is glorious.

What I told Cardinal Marx is that we (free-market economists) make a very clear distinction between two things that are too often blurred: poverty and inequality. Inequality is unimportant. Poverty is a moral tragedy.

The Ten Commandments are explicit that we should not covet. We should not envy the riches of others. Not only does this command us to not obsess over wealth inequality, it is the seed of property rights that are codified in American law. Yet Jesus was no less explicit in exhorting us to love others, especially the weak and the poor. Can you follow both commandments? Yes. Economic freedom is the synthesis.

The average income for most of church history was the equivalent of $1 or $2 a day. For 1700 years, that was unwavering norm of life in Christendom. Until what? The advent of economic freedom, particularly the American variant, shaped as it was by Christian values of fairness, dignity, equal rights, and inclusion. By 1900, Americans’ incomes were ten times higher. By 2000, incomes rose another tenfold. Today, average income per capita in the US is above $50,000.

Despite this wealth, inequality in America appears higher than other advanced economies, while real incomes and quality of life for the poorest among us are higher than the poor in other advanced nations. It must also be understood that the arrival of 1 million immigrants to the US each year (more than any other nation) in a sense causes income inequality to appear worse. That just goes to show why inequality is an irrelevant metric. Would the Pope advise us to reject Syrian and Central American refugees because their presence will worsen our inequality scores?

Rather than allow a false dilemma to alienate you from Christian values, look to find common cause with a Pope who inspires you to fight poverty. That starts not with loathing for capital-heavy companies, but for the bad schools that do not teach one in seven Americans how to read. Don’t doubt free markets, rather doubt the red tape that makes it illegal for millions of Americans to work. Crony capitalism, not free market capitalism, is the dung of the devil.

Pope Francis is right. We can do better.

Tim Kane is a research fellow at Stanford University’s Hoover Institution and has twice served as a senior economist on the Joint Economic Committee of the U.S. Congress. He is the co-author of BALANCE: The Economics of Great Powers, with Glenn Hubbard.