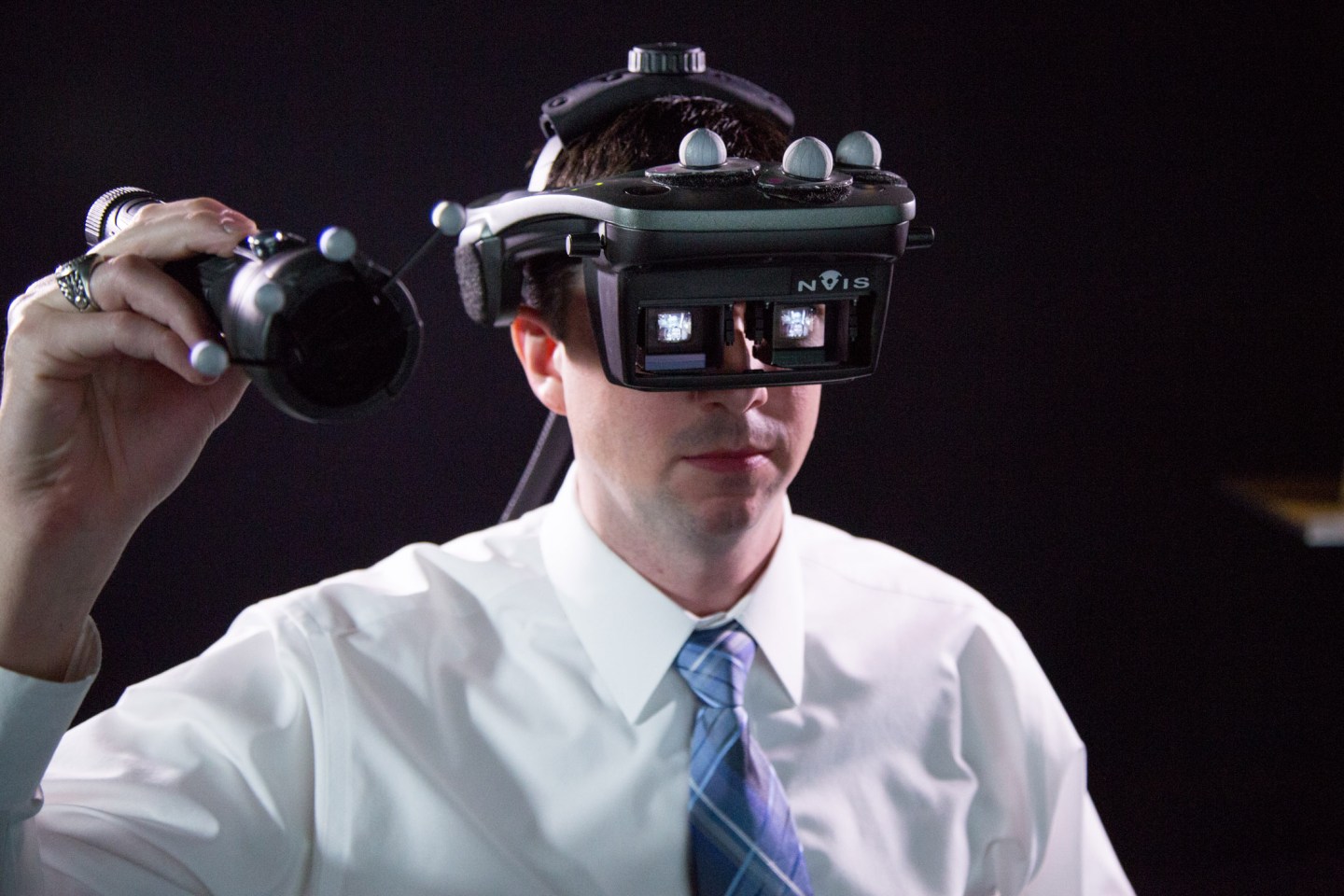 Ford Motor Company is using virtual reality to not only help design new vehicles, but also to help develop autonomous vehicle technologies, at its Immersion Lab in Dearborn, Mich. and its Research and Innovation Center in Palo Alto, Calif.

Elizabeth Baron, virtual reality and advanced visual technology specialist at Ford (F), has been been working with VR since 1999, long before Facebook acquired Oculus VR for $2 billion in 2014 and catapaulted VR into the spotlight.

“Seeing Facebook and Microsoft working on VR has been a dream come true because I knew head-mounted displays could become what they are [now] for a decade and it frustrated me that there was no innovation until Oculus Rift,” Baron says.

VR has already changed the way Ford makes vehicles through its product development and manufacturing processes. Baron says the company builds fewer physical models and creates more virtual models, and Ford is accepting more configurations and making choices earlier in the design process thanks to VR.

Baron has helped lead this culture change at Ford, where VR has become a “holistic and collaborative” part of production. The company can create an entire vehicle that has an engine, power train, and seats with all its mechanisms in VR and members of different divisions like body, interiors, and structures can look at the same thing at the same time.

Ford currently uses Oculus development kits and HTC Vive headsets. Baron admits the current consumer-level VR technology doesn’t have the high-level visual fidelity of Ford’s FIVE tech (Ford Immersive Vehicle Environment), which allows engineers to look at details of a car’s upholstery or the grooves of a tailpipe within a half-millimeter placement. But she expects VR will get better quickly and have ripples across multiple industries.

MORE: Why Ford is partnering with a hot 3D printing startup

“We have worked on some level with companies like Facebook, Microsoft, HTC, Valve, and Nvidia and have developed our VR technologies to quickly realize the advantages of new hardware and software,” Ford senior technical leader Jeff Greenberg says.

Greenberg says a vehicle cannot pass through the gateways to production today without being virtually verified.

“The impact on cost, time and quality are significant, and have allowed our designers and engineers more creative freedoms to explore options that in the past would have been to time- or cost-intensive to consider,” Greenberg says.

VR is also allowing teams from around the world to collaborate without needing to travel. Baron points to the new Platform vehicle for the Australian market as a prime example.

“We had a member of the Australian team along with an executive here in Dearborn immersed in the same vehicle dialed in through audio and talking to each other,” Baron says. “Part of the engineering aspects was done in America, so a member of America’s senior leadership wanted to understand the direction Australia was taking with the design. They were immersed for over a half hour.”

In addition, Ford and the Stanford Center for Automotive Research (CARS) are working together on a two-year alliance project to study concepts of “shared control” in automated driving. Baron says Stanford’s specialty in the cognitive value around immersive environments and the culture change in VR has helped Ford realize what the culture change could and should be.

“I foresee us looking at new technology that’s developed geographically out on the West Coast as part of our R&D in Palo Alto and implementing new HMDs, tracking technologies and computer graphics and hardware into our pipeline,” Baron says.

For more Fortune coverage of Ford, watch this video: