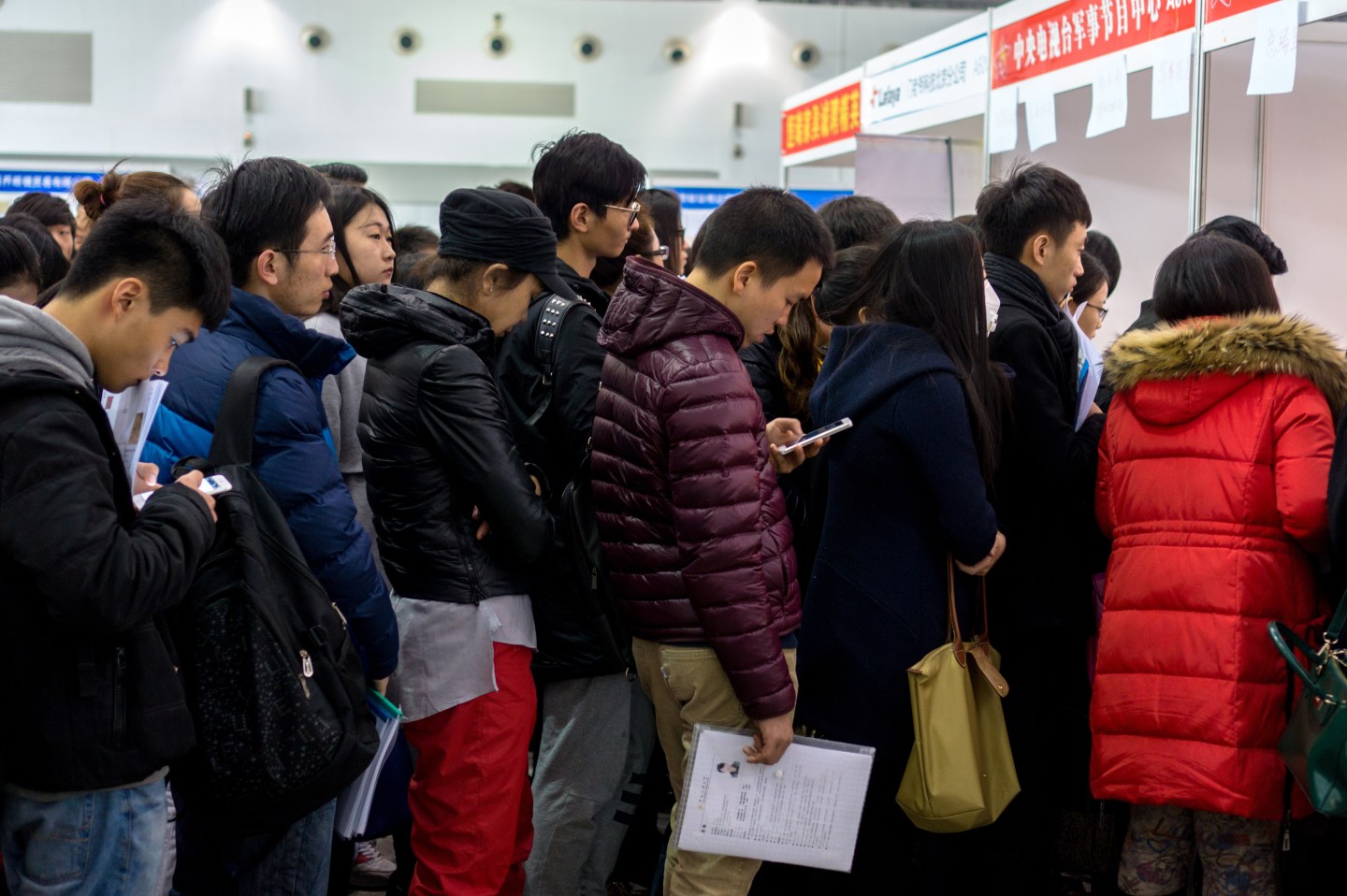 BEIJING, CHINA - 2015/03/08: Job seekers are lined up for onsite interview in a recruitment fair. With the slowdown of China's economy, 2015 will be a hard year for the job seekers. (Photo by Zhang Peng/LightRocket via Getty Images)
Photograph by Getty Images

A closely-watched gauge of China’s economic activity fell to a six-year low in September, casting more gloom over the outlook for world stock markets and adding unwelcome material for discussion when President Xi Jinping meets President Barack Obama this week.

Research firm Markit and its local partner Caixin said Wednesday the flash estimate of its Purchasing Managers’ Index fell to 47.0 in September from 47.3 in August. That’s the lowest reading since March 2009, at the low point of the global recession that followed the collapse of Lehman Brothers. Analysts had expected a small bounce to 47.5. A final reading will be released next week.

Almost all of the components in the survey showed the same bleak picture. Employment, output and new orders all fell at a faster rate than in August, while deflation intensified, both for inputs and at the factory gate.

He Fan, chief economist at Caixin Insight Group, said that a surge in government spending in August suggested that Beijing was stepping up its efforts to support the economy, but warned that that won’t have much immediate effect.

“Patience may be needed for policies designed to promote stabilization to demonstrate their effectiveness,” Fan said.

The release is the latest evidence of the world’s second-largest economy’s problems in transitioning from an economy based on manufacturing exports to one based on domestic consumption. It triggered another wave of sharp selling in stocks, driving the Japanese Nikkei down 2.0%, Hong Kong’s Hang Seng down 2.5% and the South Korean KOSPI down 1.9%.

The Markit/Caixin survey, which gathers responses from over 420 companies, contrasts ever more starkly with official data on growth. While a reading below 50 would normally signify contraction in a Markit PMI, China’s official data say the economy was still expanding at a clip of 7% year-on-year in the second quarter.

Markets had tumbled around the world Tuesday on mounting fears that the slowdown in China was having knock-on effects not only in the commodity-exporting countries that have fed its boom, but also among developed economies.

In the last month, both the Federal Reserve and European Central Bank have cited international market turbulence and risks to the global economy for downward revisions to their outlook. The Fed shied away from a widely expected first rate hike in nine years, while the ECB cut its growth forecasts for next year. Its officials have been talking up the possibility of more stimulus since then.

Watch the video below for more on the interaction between China’s economy and the U.S.’s