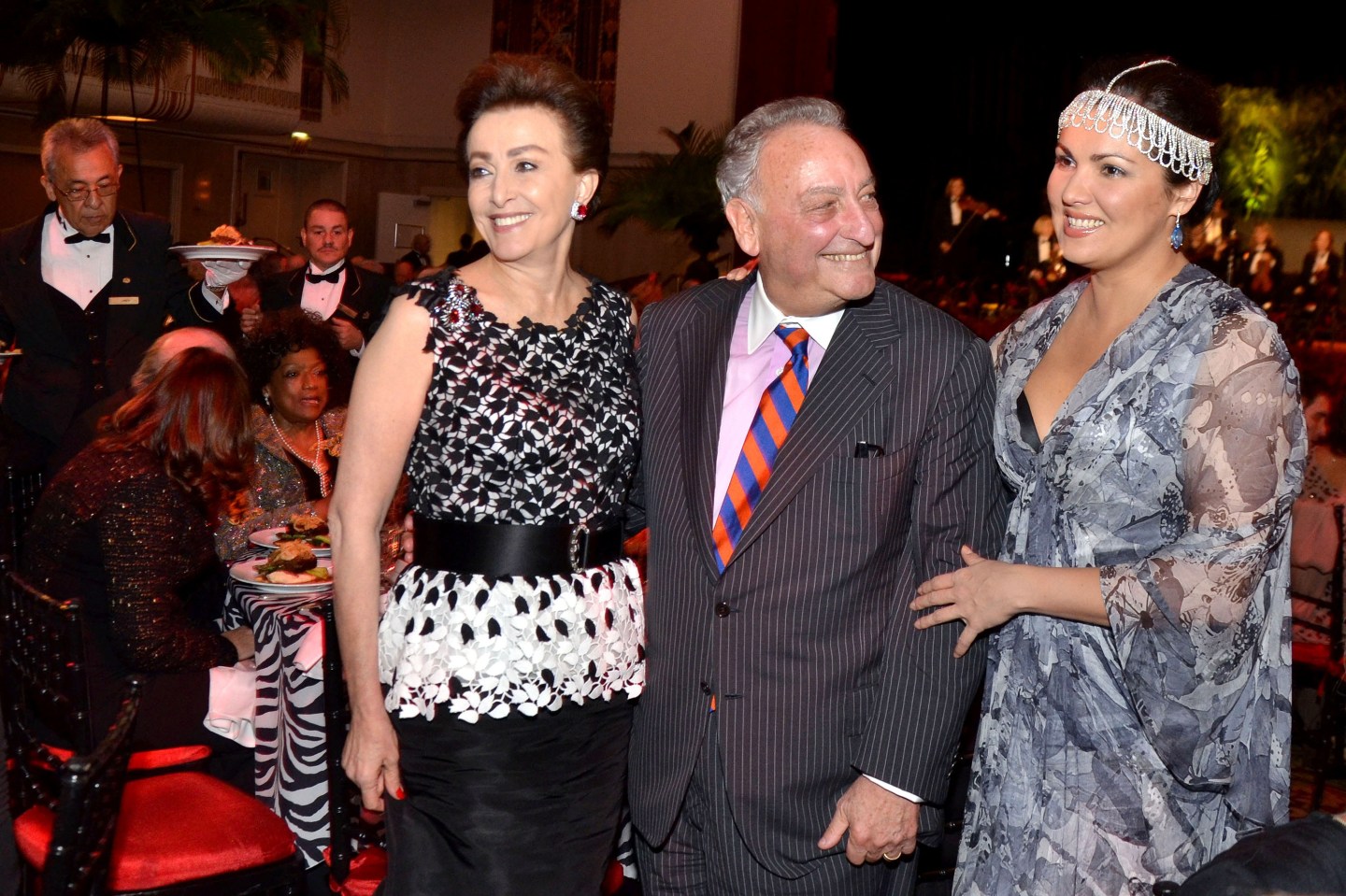 Left to right: Mercedes Bass, vice chair of the board of trustees of Carnegie Hall; Sandy Weill, chairman of Carnegie Hall; and soprano Anna Netrebko attend the Carnegie Hall dinner gala at the Waldorf Astoria in New York on Oct. 2, 2013.
Photograph by Amanda Gordon — Bloomberg via Getty Images

You know the old joke: How do you get to Carnegie Hall? Practice! Practice! Practice! Well, the board of trustees there recently proved that if you sit on some tax-exempt boards you just might get the wrong idea about how to practice good governance.

Billionaire Ron Perelman, “who recently became chairman of the hall’s board of trustees, accused the prestigious music institution’s executive director of improprieties and said the hall has operated with poor oversight,” the Wall Street Journal reported last week. Perelman said that management had refused to share financial records that he had requested. “And he raised concerns about whether Carnegie was adequately vetting transactions with potential conflicts of interest,” the New York Times reported. “The climax came on Thursday afternoon at a joint meeting of the board’s executive and audit committees, when Mr. Perelman told his fellow trustees that he believed some of the laws governing nonprofits were not being followed at Carnegie,” according to the Times.

Almost daily I get asked: “How do I get on a corporate board?” sometimes with a chaser of, “Would serving on a non-profit board first make sense?” My standard quip: Only if that board follows good governance practices. But too often tax-exempt boards don’t. Somehow when businesspeople are transported to a different context, they often throw everything they know out the window. Bad habits can get formed on charity boards that then spill over into the corporate boardroom.

Perelman is right that the Carnegie Hall board should demand financial accountability and insist that the trustees properly oversee potential conflicts of interest and related party transactions. This is particularly important since Carnegie Hall’s financial organization has lacked stability recently. Based on its IRS 990 disclosures and website, the Hall has had three different financial chiefs in the last few years.

The Hall also has a history of non-transparency. Not just to the board as Perelman claims, but to outsiders also. Unlike some tax-exempt organizations, the Hall does not make its governing documents, conflict of interest policies, or 990 forms readily available. A spokesperson did not provide documents or offer responses for this article.

At Carnegie Hall, known conflicts of interest have involved the board itself—and some board members last week disputed Perelman’s assertions that they had been slow to act on his requests for an investigation into potential wrongdoing. While a report by the Times seems to show those board members’ claims don’t hold water, board sluggishness, unfortunately, is not uncommon. In the ensuing furor and backlash, Perelman last week announced his intention to not stand for reelection as chair. According to the Times, the “board then agreed to hire a lawyer to examine his concerns and that “the lawyer who was ultimately selected for the inquiry, Howard Heiss, was among those who were first proposed [as an investigator] last month.” Heiss is a well-known, white-collar defense attorney who counts among his clients executives on Wall Street and large tech firms.

This is a messy affair, and the entire board has egg on its face. Those members include former CEO of Citigroup Sandy Weill, who has been on the board for 32 years and was board chair for nearly 25 years until Perelman took that job in February. Others with Citigroup ties over the years, like Sally Krawcheck and Thomas Maheras, sit on the board. In 2008, the New York Times reported that at Citigroup (C), Maheras was “a favorite of Sanford I. Weill” who “built positions in subprime-related securities that” helped to bring the financial behemoth “to [its] knees.” Carnegie Hall has used Citigroup as its banker, and in the year ending June 30, 2009, listed a $2.7 million transaction involving an interest-rate swap. The Hall also uses the same auditor Citigroup uses, KPMG.

Another board member with ties to Weill is Ken Bialkin. He’s an attorney at Skadden, Arps who, according to New York Magazine, is a “charter member of the Sandy Weill inner circle,” sat on the Citigroup board, and, according to his Skadden biography, “represented Travelers Group in its merger with Citicorp. Previously, in 1997, he represented Travelers Group in its acquisition of Salomon.” Bialkin’s name appears on Carnegie Hall’s 990s as another potential conflict. According to the Hall’s filings available from ProPublica, Skadden regularly does work for the Hall and earned close to $1 million for that work over a three-year period ending June 30, 2013.

Another recent conflict of interest involved Weill’s family. Under Weill’s chairmanship, according to the New York Times, when Carnegie began a renovation project, “they hired the firm of Mr. Weill’s son-in-law, Natan Bibliowicz.” In 2007, the Times stated, “Sharpening the ethical issue, taxpayers are helping pay Mr. Bibliowicz’s firm, Iu & Bibliowicz Architects. New York State has approved a $5 million grant to Carnegie Hall for planning and design costs. The hall declined to disclose the firm’s fee.” But 990 forms available from ProPublica show that for the years ending June 30, 2007 to June 30, 2013, Carnegie Hall paid Iu & Bibliowicz around $15 million.

Several New York officials sit on Carnegie Hall’s board as ex-officio members. They include New York City Mayor Bill de Blasio as well as the city’s Comptroller and good governance advocate, Scott Stringer. The mayor’s and the Comptroller’s offices did not offer responses to requests for comment.

But what is reported to have set Perelman off is an October gala performance at Carnegie Hall related to another relationship with another board member, Len Blavatnik, and according to the New York Times “whether Carnegie had properly vetted a project involving a commercial enterprise controlled by a board member.” Blavatnik and Perelman were on opposite sides of a business transaction in the past, the Times noted.

On its 990 statements to the IRS, the Hall asserts that all board members review the 990s. Perhaps Perelman might have raised issues about board governance sooner. He has been on the board for 27 years, and until he became chair in February, he was vice chair for three years.

For the rest of us, the lessons are simple. So you want to get on a board—even a non-profit one? Look beyond the glitter of the board members—and look carefully at their practices.