Here’s what to do if you own a VW diesel 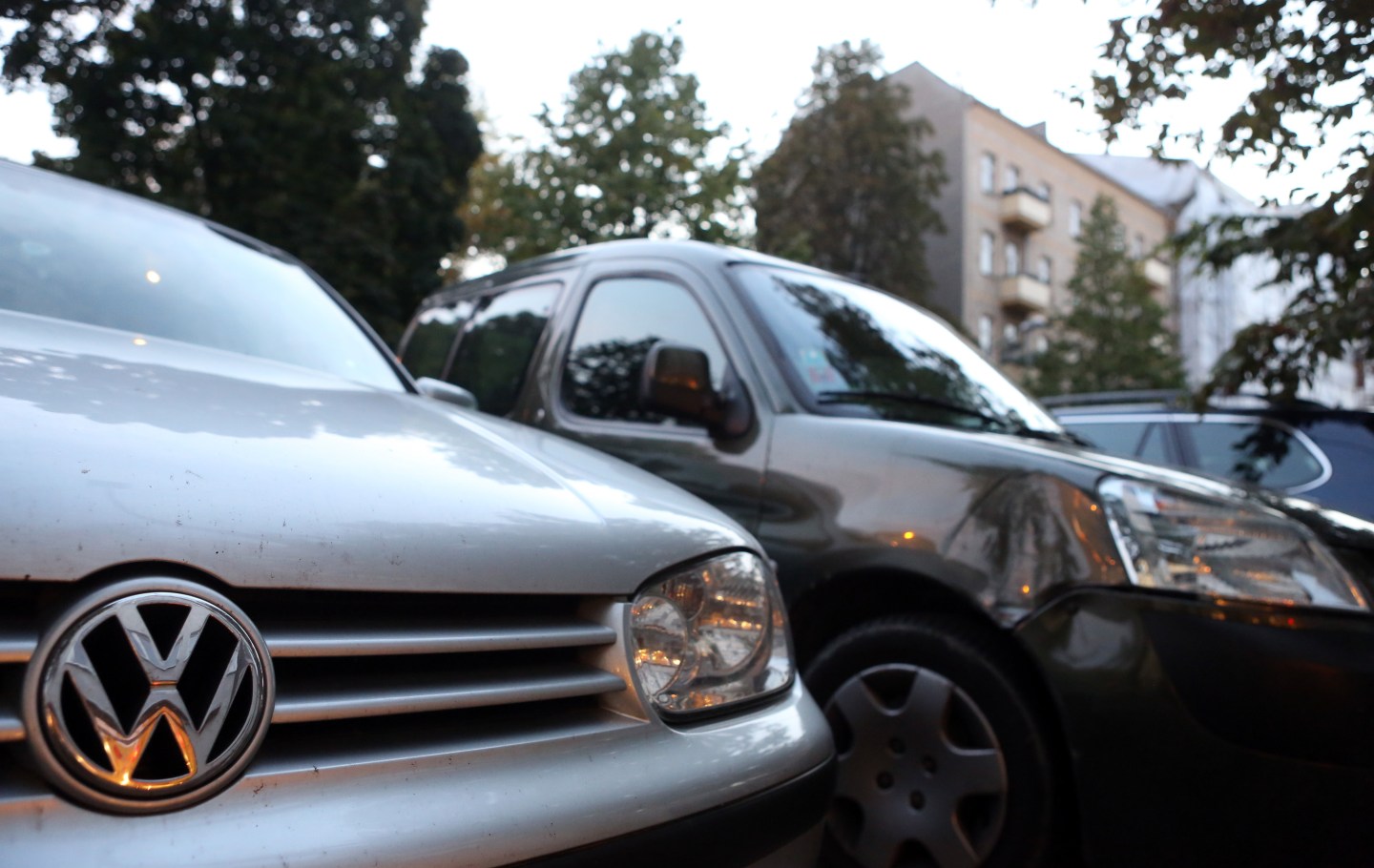 A Volkswagen (VW) logo is seen on one of the automobile manufacturer's cars on September 18, 2015 in Berlin, Germany. The Obama administration ordered the recall of nearly half a million Volkswagen cars after suspicions that the automaker installed software allowing its cars to trick emissions inspections, enabling the vehicles to produce up to 40 times more pollution than legally permitted.
Photograph by Adam Berry—Getty Images

News that German automaker Volkswagen faked the results of diesel emissions tests in the U.S. may have some VW owners wondering what they should do.

While the automaker is suffering a backlash from the scandal—losing around $25 billion in market value since the news was announced— the implications for VW owners is less certain. The automaker is the largest car company in the world by total number of cars sold, and recently said that 23% of new cars sold in August in the U.S. were diesels, which translates to around 7,400 vehicles.

So what are the practical implications for those who own a VW diesel? Here’s what you can do if you do have one parked in the driveway:

On Friday, the Environmental Protection Agency ordered the recall of nearly half a million VW and Audi cars that are equipped with 4-cylinder turbo diesel engines, alleging the automaker used computer “defeat device” software that made its cars seem more environmentally friendly during emissions tests. The recall covers cars made from 2009 to 2015, and includes the following models, all of which are the diesel versions: the 2009-15 VW Jetta; the 2009–15 Beetle; the 2009–15 Golf; the 2014-15 Passat; and the 2009-15 Audi A3. In addition, the company announced it would stop selling the 2015 and 2016 models for the above cars. If you don’t own the diesel variations of the models listed above, you can ride away. If you do, read on.

2. Realize it’s not a safety issue

Most recalls are for car safety issues. In this case, however, the issue here centers around the ecological merits of VW’s line of diesel cars. During an independent analysis by researchers at West Virginia University, working with the International Council on Clean Transportation, testers found a software algorithm that detects when the car is undergoing official emissions testing, and turns on emission controls during these tests. When the car is back on the road, the controls are reduced, and emit nitrogen oxides at up to 40 times the standard. This software is known as a “defeat device,” and under the Clean Air Act it is illegal.

It’s hard to tell right now. Firstly, this issue doesn’t affect a host of cars under the VW umbrella; as of now, cars bearing the Bentley, Bugatti, Lamborghini, Porsche, SEAT, and Škoda marques, along with non-diesel engine VW and Audi vehicles, are not being recalled. VW vehicles regularly get high scores by Consumer Reports, which incidentally pulled its “recommended” rating for the Jetta diesel and Passat diesel cars. The Obama administration has also recently clamped down on automakers for failing environmental bars. In November 2014, Hyundai and Kia were fined $300 million for overstating vehicle fuel-economy standards on 1.2 million cars. This current case does appear to be more egregious—the fine could reach as high as $18 billion for VW—but the jury is still out on how this news affects the company, its CEO Martin Winterkorn, and its future manufacturing capabilities.