Here are the crazy stocks Lehman Brothers is still trading 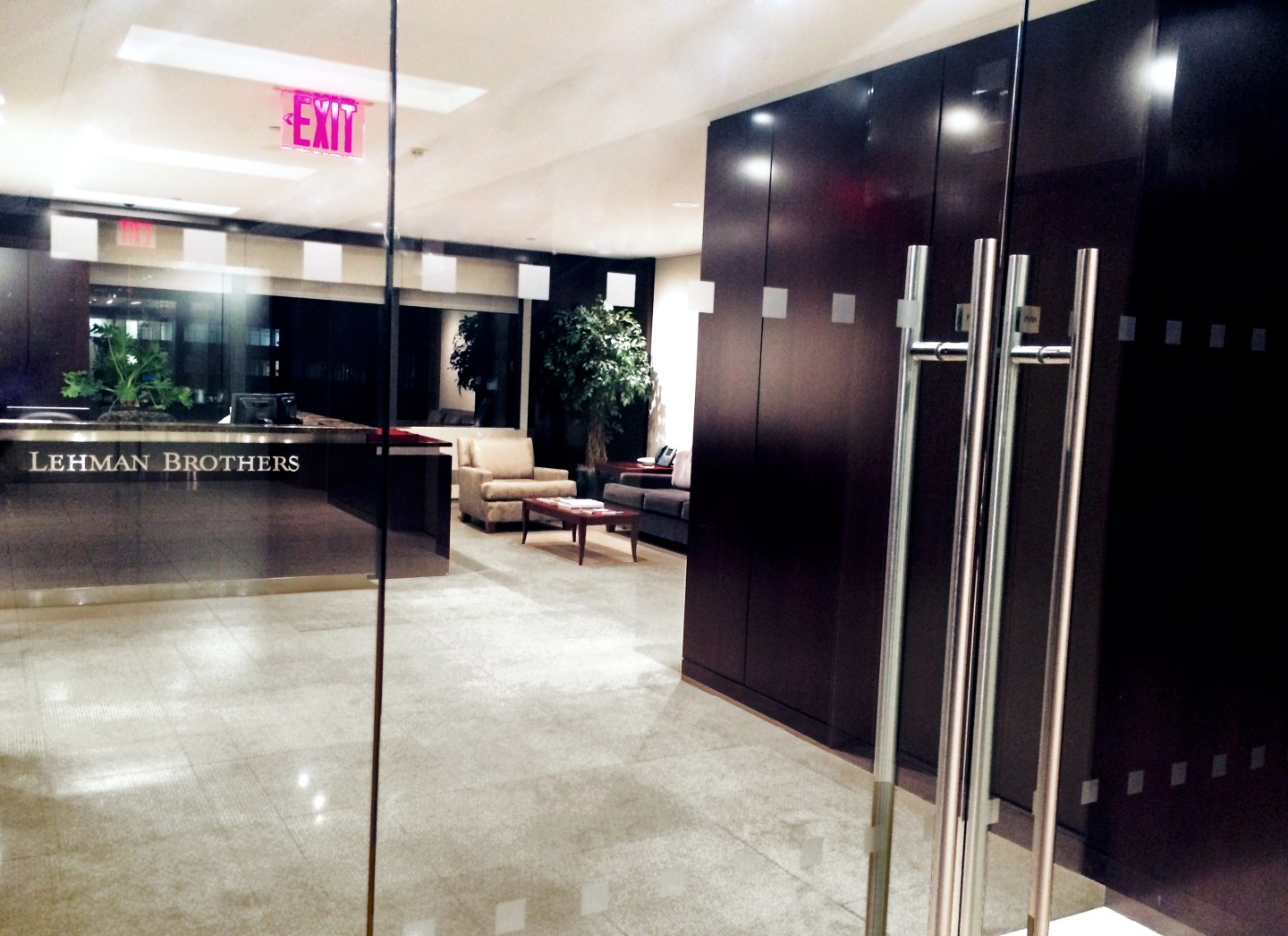 On the seventh anniversary of the financial giant’s historic collapse, someone is still trading stocks at Lehman Brothers.

Since Lehman filed for bankruptcy on Sept. 15, 2008—crashing the market and helping to trigger the financial crisis and Great Recession—it has mostly been selling off what was once a staggering $639 billion in assets and trying to liquidate its massive web of investments. Yet at the offices of Lehman Brothers Holdings, on the 40th floor of the Time & Life building (just 16 floors above Fortune’s offices), someone was still buying stocks as recently as last winter. The remnants of the portfolio are a reminder of just how complex—and financially vast—an entity Lehman was, and the time and effort it has taken to wind down its assets. Seven years later, that unwinding process has no end in sight.

Lehman Brothers Holdings continues to quietly manage a stock-only portfolio—albeit a relatively puny one. According to Lehman’s latest SEC filing, as of June 30 the portfolio had just under $1.2 million in assets, the only individual equity positions that Lehman currently discloses. That portfolio now holds two stocks: Texas-based marketing firm Bazaarvoice (BV) (its top holding at $934,000) and insulation maker Aspen Aerogels (ASPN),

But in March, Lehman owned a good deal more: It reported that the value of the stock portfolio had soared to $38 million in the first quarter of 2015, up from the $1.6 million reported at the end of 2014. Lehman had apparently received a windfall early this year, with which it bought $33 million of Alcoa (AA) shares and $3.6 million worth of Norwegian Cruise Line Holdings (NCLH), exchanging the $2000 worth of UBS (UBS) shares that it held in December.

Still, Lehman’s current two-stock portfolio is a sliver of what it was a year ago, when it had $48.4 million invested in seven stocks: Besides Aspen Aerogels, Bazaarvoice and UBS, it also owned Warren Buffett’s Berkshire Hathaway (BRKA), General Electric (GE), publisher Houghton Mifflin Harcourt (HMHC), and Synovus Financial Corp. (SNV). The surprise? None of those positions appear to be leftovers from a pre-financial crisis fund: Lehman bought all of those stocks in 2013 and 2014, according to Bloomberg data.

Lehman Brothers Holdings would not comment on the trades or its ongoing restructuring efforts. But a source familiar with the liquidation process confirmed that Lehman still manages an equity portfolio “primarily to maximize value to pay back creditors”—as the bank’s ultimate mission (and reason for continued existence) is to repay its debts.

“There’s very little money that can be made by holding the assets that” Lehman has, the person said. The bank takes advantage of “whenever there’s an opportunity to manage and to hold…because the time value of money plays in to all of this and [Lehman] would be monetizing wherever it makes sense to do so.”

Lehman also continues to hold stocks whose value may have sunk and “it doesn’t pay to sell,” the person said, in hopes of milking them for more money when prices recover.

The stock portfolio is just a tiny piece of what’s left of Lehman’s investment colossus. Lehman Brothers Holdings, which managed the bulk of Lehman’s U.S. assets after the bankruptcy, is now down to $15 billion in assets and 200 employees, though other parts of the former Lehman entity are untangling at least several billion more.

It’s unclear, however, why the value of Lehman’s holdings fluctuated and ballooned so dramatically earlier this year. Many of its assets are still tied up in litigation. Court rulings and settlements will often free up assets and cash reserves, which might then be dropped into various Lehman accounts.

Andrew Metrick, deputy dean and finance professor at the Yale School of Management, offered another hypothesis: It’s possible that the Alcoa and Norwegian Cruise Line positions that suddenly showed up in the portfolio in the first quarter—and disappeared the next—had been owned in a limited partnership investment vehicle, such as a private equity fund. Since those funds generally have an investment lockup period of seven years or more (during which assets are illiquid), Lehman may have bought a stake pre-market crash that was only just distributed this year in the form of stock. “Typically such stakes get sold quickly after distribution, and so would appear on a [disclosure] for only a short time,” Metrick says.

Lehman’s $1 million stock portfolio is small enough that it could be sold off fairly quickly, unless it gets another large infusion. But when will the bank finally cash out completely? Probably not until Lehman’s last trader standing turns out the lights.