How this startup is trying to upend health insurance 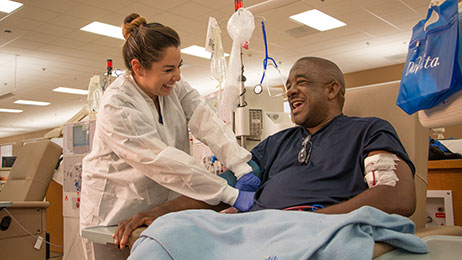 As the health insurance industry consolidates, Silicon Valley is starting to focus on making it more efficient to better serve patients and hospitals. One new health technology upstart is betting that the combination of data and preventive care is the solution for creating a better insurance company.

Clover Health wants to use software and data to give seniors, particularly those who use the private versions of Medicare, a cheaper option. Technology is supposed to recognize when patients need medical treatment and then intervene in their care to save money for both the patient and the insurance company.

On Friday, Clover Health announced a $100 million round of equity and debt funding to expand its presence across the U.S. But it declined to reveal the exact breakdown between equity and debt financing.

Clover, founded in 2014, operates in only six New Jersey counties. But it claims to have made great strides in a short amount of time and with a limited number of customers.

In the first half of the year, Clover said its members had nearly 50% fewer hospital admissions and 34% fewer hospital readmissions than the average group of Medicare patients in the New Jersey areas it serves.

While the company doesn’t disclose the amount of customers it has, it claims that it is second in market share for Hudson County, New Jersey.

This $220 billion market has long been dominated by the insurance giants like United Healthcare (UNH). Clover is hoping to get a bigger piece of it.

The company’s algorithms and software identify the most at-risk patients, and then its nurse practitioners visit patient’s homes, and coordinate necessary tests that may be missing in the patient’s profile. Helping patients avoid hospitalization saves the company an average of $10,000.

Clover’s health staff will also gain access to patient data beyond claims including lab results. This helps Clover monitor patients who may be at risk for diabetes and suggest to them ways to prevent the onset of the disease.

If a patient is hospitalized, nurses will visit after surgery to ensure that patients take the proper medications daily after-surgery.

Early stage venture capital firm First Round Capital, one of the earliest investors in ride-sharing giant Uber, invested $4 million in Clover. The investment marks First Round’s biggest initial funding in the past 10 years and far higher than its average of $500,000. Athyrium Capital Management is the only other investor disclosed in the current round.

For more on startup investing, watch this video with LinkedIn founder and Greylock partner Reid Hoffman: