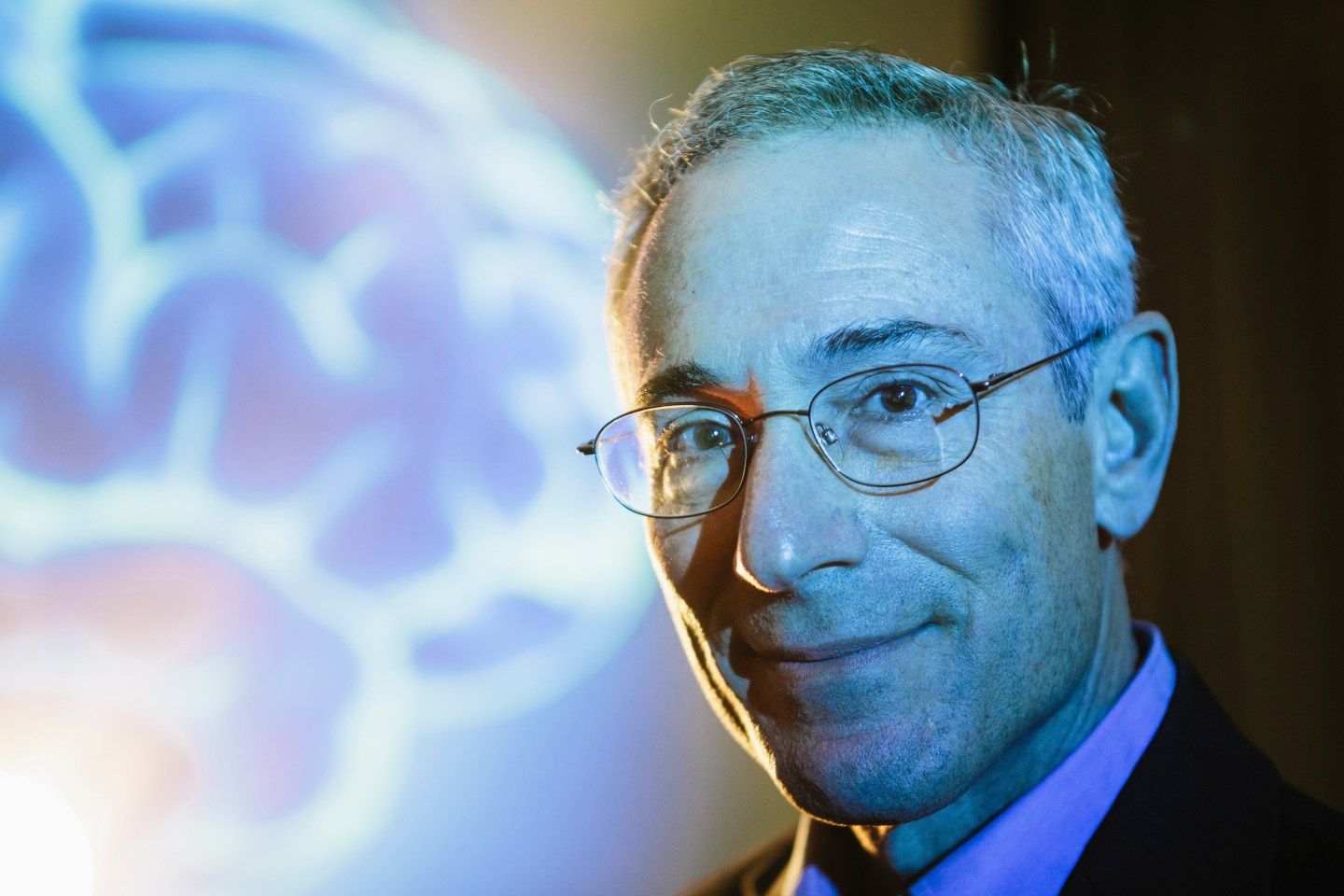 FILE -- Tom Insel, director of the National Institute of Mental Health, in Rockford, Md. Jan. 13, 2014. Insel, the longest serving director since the institute's founder stepped down in 1964, announced in 2015 that he plans to end his 13-year tenure at the helm of the world?s leading funder of behavioral health research to join Google Life Sciences. (Lexey Swall/The New York Times)
Photograph by Lexey Swall — The New York Times/Redux

A champion of innovative brain research, Insel believes that technology companies are going to play an increasingly important role in understanding the complexities of brain function moving forward. He talks with Fortune about why his move shouldn’t be seen as a “defection,” how Google’s analytics can improve our understanding of conditions like Alzheimer’s and autism; and why mental health devices may be technology’s next big business.

It seems like everyone in the brain science realm has been talking about your move to GLS this week. Why do you think people are so surprised that you are heading to a tech company?

Insel: Many scientists go on to take positions in the private sector. But, generally, the definition of the private sector, for mental health, at least, has been pharmaceutical companies and then, more recently, biotechnology companies. All of a sudden, there’s a whole new player in town. Technology companies like IBM, and Apple, and now Google, are interested in getting into this space. And it seems like a real shift—especially since some of those companies have a lot of capital. It’s an interesting transition and I think we’re seeing the emergence of a serious new player, one that can make a big difference in bending the curve when it comes to understanding and management mental health conditions.

In the past few years, several high-profile scientists from both academia and the government sector have defected to industry. Do you think this is a new trend in how science—particularly brain science and mental health—will be conducted moving forward?

Insel: These are not defections. What you’re seeing is the emergence of a team sport. We understand that it’s going to require a village to solve the problems we are trying to solve. Brain function, and disorders of that function, these are really complicated problems. And we can’t hope to solve them without a big team effort. So that’s what these moves are about: bringing the tools that you can find in a tech company like Google together with the tools you find in academic labs and in pharmaceutical companies. Bringing new ideas and new technologies together to figure out issues like Alzheimer’s, autism, and schizophrenia. It can’t happen with just single players anymore.

You say it’s a team effort, but what are the roles of these players? Who is the quarterback? Who should be directing these efforts?

Insel: I think it’s more like basketball than football. Each of these sectors brings something important to the table. For a company like Google, the sweet spot is going to be data analytics. That’s what they do and they do it very well. And it’s something that we don’t do very well at NIH. So this gives us an exciting opportunity to try a new approach—and I’m excited to be going to a place that is interested in trying something very different to deal with complex issues like schizophrenia, autism, and other brain-related disorders.

That ‘trying something different’ has a consumer aspect. Eventually, GLS is going to want a product. How do you balance out the basic science and the commercialization of that science in such a role?

Insel: We’re going to have to see how it all plays out. One of the wonderful aspects of being a public servant for so long is that I haven’t had to worry about that. My goal was science for the public good. There was no commercial interest. But there’s a downside to not having a commercial edge: there’s no one in place to do the development, the implementation, and the dissemination of the things that might really help people. That’s not government’s strong suit. So I’m hopeful that working in industry may help us get things done and deliver the kind help to people with these disorders that we just haven’t been able to deliver from NIH.

Tell me more about how you envision tech’s role.

Insel: Over the last five years, we’ve seen a serious reduction in pharmaceutical initiatives for mental health. But, at the same time, we’re seeing an explosion of interest on the device side. Some of this reflects changing science, but a lot of it reflects how our conceptualizations of what these illnesses are about have changed. We used to have this idea that something like depression was just a chemical imbalance. You could fix it with a drug. But now we understand that these disorders are actually problems with how neural circuits are communicating. It’s abnormal circuit activity, kind of like a heart arrhythmia. So it’s not something that can be easily fixed with a drug. But we may be able to modulate it with devices.

It’s a real shift in the culture. We are moving away from the focus on one magic bullet, a pill, and now considering other options. And we need to think about how technology can bundle those options together in a new way. We’re already doing it for diabetes. So why couldn’t we do it for depression? Imagine someone who is depressed. Maybe they are on an an anti-depressant medication. But they could also have applications on their smart phone to deliver other therapies. And then maybe there are sensors on that smart phone that can tell us how those therapies are working. Maybe those sensors deliver alerts when that person is starting to get more depressed, perhaps even suicidal, and require adjustment in their treatment. There’s a whole new opportunity here in mental health not only with diagnosis but with apps and other interventions on devices to close the loop with disease management. It’s not easy to do. But it’s more than possible. And I think that’s why many technology companies think mental health is the next frontier.

But, as you said, it’s not easy to do. Do you think mental health is a viable consumer market?

Insel: I do, indeed. It’s huge. One in five people have a mental health condition. That’s a lot of people. So the market potential is huge.

What do you hope to accomplish in the next few years at GLS that you feel you couldn’t have accomplished at NIH?

Insel: I can only really think about 18 months ahead at this point. But I’m thinking about using Google’s cool tools, like the data analytics, to go in new directions. What we haven’t done at NIH, at least not in a big way, is to deeply study behavior. I’ve spent most of my tenure at NIMH focusing on brain studies—brain imaging, brain biology, brain development, and brain plasticity investigations. But now, I’d like to be part of developing tools to study behavior in an objective way using those analytical tools.

For example, there have been recent studies that show you can decode a person’s speech patterns to get an early indication of when someone is becoming psychotic. Long before a doctor might detect it in an interview, these individuals are stringing their words together in a subtle, but abnormal way. You can create algorithms to identify these abnormalities very precisely and objectively. And, in doing so, you may be able to prevent a psychotic break.

The same thing has been done with Alzheimer’s disease. You may have heard of Iris Murdoch, the writer. Turns out, when people went back and analyzed her writing, they could see the first signs of the disease long before anyone noticed it, including Murdoch herself. And it showed in how she was using language, the span of her vocabulary, and how she put together her sentences. So there’s a lot of power in data analytics when it comes to the study of behavior. It can get you some really critical information long before you can get it with observational techniques. But that’s just one place where we could use analytics. Really, it’s early days. And the potential, for our understanding of brain-related disease and, with luck, how to better treat or manage it, is huge.