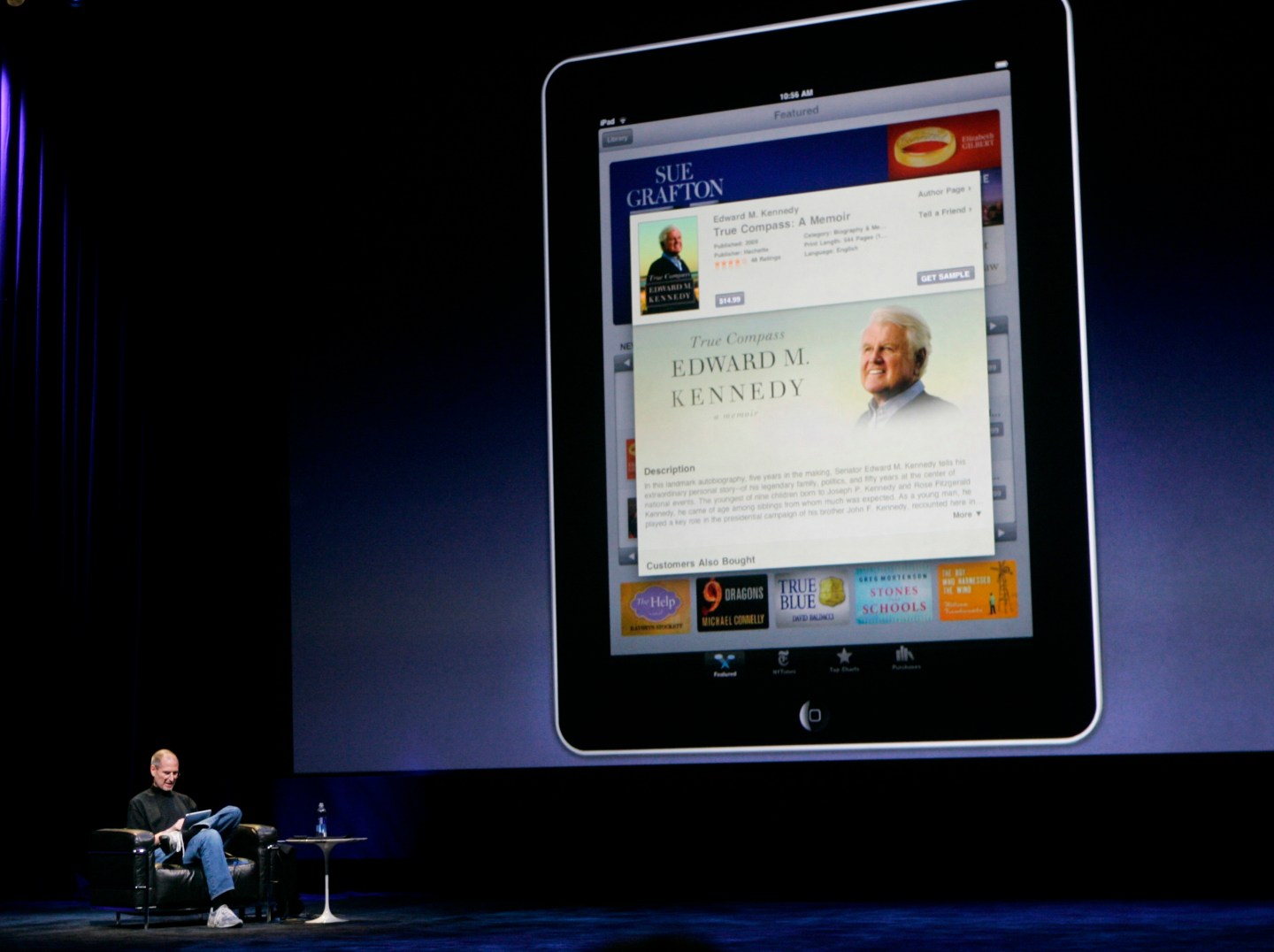 Defying the expectations and desires of some—who thought it might be time to move on—Apple (AAPL) will ask the U.S. Supreme Court to overturn a federal judge’s finding that it conspired to fix the prices of ebooks when it launched its original iPad and iBook store in January 2010.

“This case . . . presents issues of surpassing importance to the United States economy,” the company argues in papers filed with the high court Wednesday. “Dynamic, disruptive entry into new or stagnant markets—the lifeblood of American economic growth—often requires the very type of” conduct that Apple engaged in, the company argues, and which U.S. District Judge Denise Cote of Manhattan found to be illegal in July 2013.

Judge Cote’s ruling against Apple was upheld this past June, 2-1, by a panel of the U.S. Court of Appeals for the Second Circuit.

At the time of the appellate loss, Apple’s press statement hinted that it might take this step: “While we want to put this behind us,” the company asserted at the time, “the case is about principles and values. We know we did nothing wrong back in 2010 and are assessing next steps.”

(The financial stakes for Apple at this point are fairly modest for a company of its size. Under a contingent settlement previously worked out with private class action lawyers and state attorneys general, if the Supreme Court either denies review or upholds the judgment after hearing it, Apple will pay $450 million to resolve its antitrust liabilities.)

Apple’s intent to seek the High Court’s review was revealed in a motion filed Wednesday seeking a 30-day extension of time for filing the formal submission that would initiate that process—the petition for certiorari—until October 28. The filing nevertheless reads like a mini-cert petition itself, spending more time outlining Apple’s basis for seeking review than explaining the attorneys’ need for an extension of time—which was, basically, other Supreme Court assignments. (Apple attorneys on the submission are former Solicitor General Seth Waxman of WilmerHale and Theodore Boutrous, of Gibson, Dunn & Crutcher.)

The case arose from the way Apple entered the market for ebooks on a very compressed schedule between November 2009 and January 2010, just before then CEO Steve Jobs launched the original iPad, which included an iBooks store.

At the time, the market for ebooks was dominated by Amazon, with a near 90% monopoly. The then six major book publishers were up in arms, because Amazon was selling most of their most sought-after books—new trade releases and New York Times bestsellers—for $9.99, which was often below the wholesale price at which Amazon was buying the books from publishers.

Apple approached the six major book publishers with a standard contract, which contemplated switching from a wholesale model to an agency model, enabling publishers to designate the retail prices of their own books, subject to tiered price caps. There was also a “most favored nations clause,” which—by permitting Apple to match Amazon’s prices if they were lower—in effect tended to ensure that any publisher signing on with Apple would require Amazon to switch to the agency model, too.

When the iBook store began to operate in April 2010, prices on those key categories of ebooks jumped nearly 20%.

In 2012, The U.S. Department of Justice and 33 states and territories sued Apple alleging a conspiracy to jack up and fix prices.

After a bench trial (i.e., no jury), Judge Cote ruled for the government. Though she conceded in her ruling that standard contracts, the agency model, and most-favored nations clauses were all legal in themselves, under the totality of the circumstances she found that Apple had “orchestrated” a horizontal price-fixing conspiracy among the five major publishers who signed up. (For more detail, I wrote a feature story about the case here.)

Apple’s appeal hinges on whether Judge Cote, in reaching her decision, used the proper framework of analysis and, as a result, whether she failed to adequately weigh the procompetitive aspects of Apple’s conduct—for instance, the fact that it was bringing competition to a market until then dominated by a near monopolist.

Most conduct challenged as violating the antitrust laws is tested under a “rule of reason” analysis, where the court weighs all the circumstances, including the potentially procompetitive and anticompetitive effects of whatever the defendant did.

However, when certain categories of conduct are alleged—including horizontal price-fixing—courts have decided that there is such a longstanding consensus that such conduct is anticompetitive, that it can be considered illegal per se, freeing the judge from undergoing a full-blown rule-of-reason analysis.

Since Judge Cote found that Apple had orchestrated a horizontal price-fixing conspiracy, she found its conduct to be illegal per se. Then, as an apparent backup ruling, she also ruled against Apple under a rule-of-reason analysis, though that portion of the 160-page ruling was only one-paragraph long and perfunctory.

On appeal, each of the three judges on the panel wrote separately. Judge Debra Ann Livingston upheld Judge Cote’s ruling, finding both that the per se rule applied, and that, even if it didn’t, Judge Cote’s one-paragraph rule-of-reason analysis sufficed.

Judge Raymond Lohier joined Judge Livingston’s affirmance to the extent that it relied on the per se analysis. He refused, however, to join the portion of her opinion that relied on Cote’s one-paragraph rule-of-reason analysis.

For his part, Judge Dennis Jacobs dissented, finding that the per se rule was inapplicable, and that, on a rule-of-reason analysis, Apple should have won, because what it did was “unambiguously and overwhelmingly procompetitive.”

In the Supreme Court Apple argues that, because it had a vertical relationship with the book publishers—and was, therefore, not simply part of an alleged horizontal conspiracy—its conduct has to be analyzed under a rule-of-reason analysis. It relies in part on a 2007 Supreme Court precedent known as Leegin Creative Leather Prods., Inc. v. PSKS, Inc, which overturned nearly 100 years of antitrust precedent in finding that vertical price fixing would no longer be considered illegal per se, and that it had to be analyzed on a rule-of-reason basis.

Since Leegin, at least one other federal circuit court of appeals—the one based in Philadelphia—has found that the conduct of an alleged vertical participant in a horizontal conspiracy must be judged under the rule of reason analysis, according to Apple. Apple therefore argues that there is now a “circuit split,” which is one reason the Supreme Court sometimes elects to review a case.

The government has argued in the past that a vertical participant who actually joins a horizontal price-fixing conspiracy—as Judge Cote found that Apple did—is still subject to a per se analysis, notwithstanding Leegin.