Utilities stocks get ready for a rebound 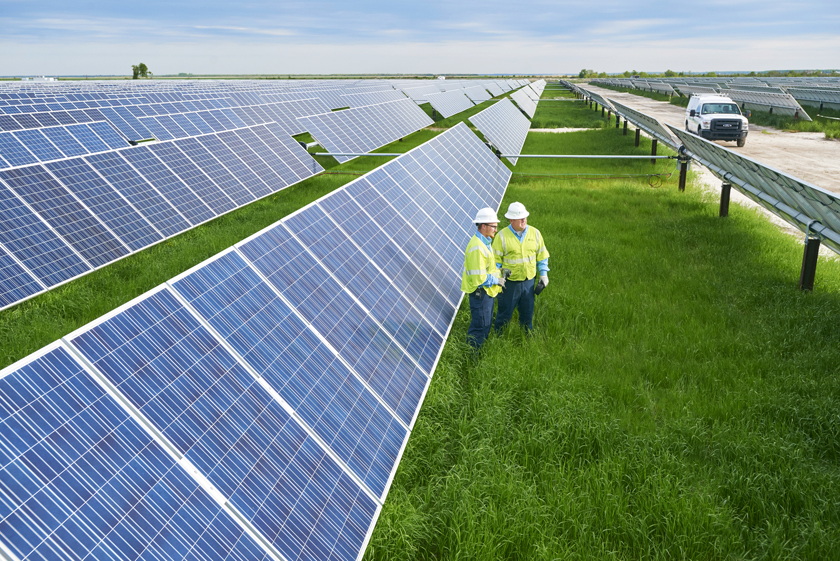 In baseball, a utility player is a particular type of athlete: never the team superstar, but someone reliable and durable who can step up and perform when teammates are struggling. The same might be said for utilities stocks. They rarely post eye-popping performance numbers, but they often stay steady when the rest of the market suffers.

And that, some investors say, makes utilities particularly attractive right now, when the toxic brew of China’s stock meltdown, oil’s cliff dive, and other signs of global economic softening have sent some flashier sectors of the stock market tumbling toward a correction. “This isn’t an environment where you want high-risk stocks,” says Andrew Weisel, vice president of equity research at New York City–based money manager Macquarie Group. “Every portfolio should have a place for utilities, for their safety.”

Even before the global stock swoon of August, some value-minded investors were looking more closely at utility stocks—in part because those stocks have been taking it on the chin this year. The Vanguard Utilities ETF (VPU), for instance, is down roughly 11% year to date, compared with a 4% drop for the S&P 500. Utilities’ valuations relative to the broader market dropped even further, notes Jonathan Arnold, managing director and head of power and utilities research for Deutsche Bank (DB). From trading at a 10% premium to the S&P 500 average in January, utilities had sunk to a 10% discount by the end of August; collectively they now trade at a price/earnings ratio of around 16.

The biggest and most obvious reason for the sector’s sluggishness, however, has been the expectation that the Federal Reserve would hike interest rates this autumn. Because they pay higher-than-average dividends, utility stocks are often seen as proxies for bonds, and when the Fed boosts rates and bonds offer healthier yields, the relative appeal of utilities payouts suffers.

After this year’s selloff, those fears are baked into utilities’ share prices. But with China-driven economic woes making the U.S. outlook less upbeat, the timing of a rate hike may yet be delayed, and a larger, more abrupt rate increase is almost certainly not in the offing. Many investors now expect that the Fed will take a “lower for longer” approach to rates—a climate in which utilities dividends will look good again.

With all that in mind, money managers sense an opportunity. “Our view is that utilities have been oversold,” says Weisel. “These stocks should trade at a premium.” Among their alluring traits: guaranteed markets with a wide “moat” that wards off competition, reliable earnings, and fat dividends that make utilities a primary “risk-off” trade for many investors. Demographics also seem to be on utilities’ side: Baby boomers heading into retirement tend to favor familiar brand-name stocks that are reliable income generators.

Not all utilities are in equally good shape, of course. Weisel’s top pick is Alliant Energy (LNT), a utility based in Madison, with customers in Wisconsin, Iowa, and elsewhere in the Midwest. Alliant has pulled off the nifty trick of “keeping everybody happy” in the markets where it operates, Weisel says, by avoiding large rate increases while driving faster-than-average growth. He also favors Michigan utility DTE Energy (DTE): The company’s customer base is steadily growing, he says, and its web of natural-gas pipelines helps it profit from the growing use of gas as a power-generation source, without taking on the price risk of owning the gas.

Utilities businesses are heavily regulated, and that can also cast a pall over their stocks. For companies that rely heavily on coal, the Environmental Protection Agency’s clean-power initiatives, rolled out at the beginning of August, could eventually require significant new cost outlays in the form of plant and equipment upgrades. But some investors argue that a transition to cleaner energy sources, whether forced or not, could also power significant future growth for many power generators.

NextEra Energy (NEE), whose subsidiaries include Florida’s largest utility, has placed big bets on clean energy in recent years, such as its merger with Hawaiian Electric (HE), a major player in renewable power. (Investors have been pleased: NextEra’s 83% return over the past five years is almost double the sector average.) Deutsche Bank’s Arnold thinks that with a combination of steady earnings growth and a 3% to 4% dividend yield, NextEra will consistently deliver a 10% annual total return in coming years. “Absent a lot of excitement elsewhere, that’s a very decent number,” he says. Arnold also likes Michigan-based CMS Energy (CMS), a name that “ticks the growth box for us,” he says.

Another stock to watch, according to Morningstar equity analyst Andy Bischof: Duke Energy (DUK), which is now the largest electric-power holding company in the U.S. and has operations in Canada and Latin America as well. Bischof says Duke’s mix of a reasonable current stock valuation (a price-to-expected-earnings ratio of 15.5), a strong management team, and a juicy-but-sustainable dividend yield (currently 4.4%)—coupled with a recent stock-buyback program—should deliver attractive returns in the near term.

All of the managerial stock picks cited here have fallen more steeply than the S&P 500 this year. Since utilities as a group have been the market’s whipping boy, this could be a good entry point for mutual fund investors who want to spread their bets across the sector. Morningstar has identified three utility funds that it deems primed for outperformance against their peers over the next five years: Franklin Utilities (FKUTX), MFS Utilities (MMUFX), and Prudential Jennison Utility (PRUAX).

Investing in one of these funds could be the equivalent of having a whole squad of helpful utility players on your bench. “This discount isn’t a bad place to be buying,” says Arnold. “The stocks could go up a lot.”

A version of this article appears in the September 15, 2015 issue of Fortune magazine with the headline “Utility investors seek a moment in the sun.”