Another ride-sharing startup becomes a unicorn: BlaBlaCar valued at $1.6 billion 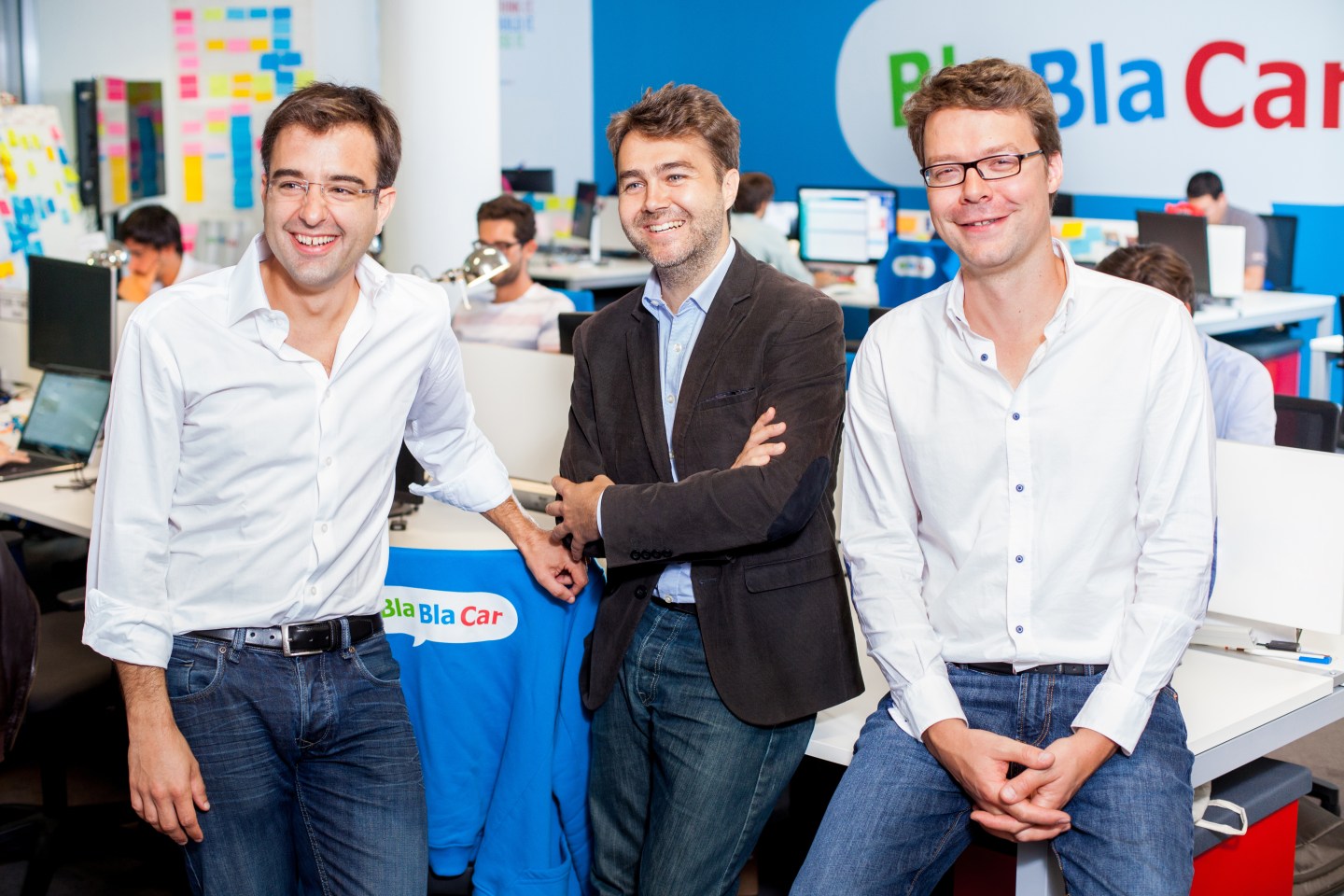 BlaBlaCar has discovered that demand for long-haul ride-sharing in emerging markets like Turkey, India, and Mexico is much bigger than it ever anticipated. So big that the company—and its growing pool of investors—is accelerating its global expansion into Brazil, other Latin American countries, and eventually Asia.

Ride-sharing company BlaBlaCar announced Wednesday a $200 million Series D investment round led by Insight Venture Partners and Lead Edge Capital. Vostok New Ventures also participated in the round. This latest investment round follows $100 million raised in July 2014. To date, the company has raised more than $310 million.

Co-founder and COO Nicolas Brusson told Fortune that the latest round puts the company’s valuation at 1.4 billion EU, or about $1.6 billion based on the latest exchange rate. This gives BlaBlaCar official membership into Fortune’s rapidly expanding Unicorn List of companies that have soared to a $1 billion valuation or higher, based on fundraising. ​When our list debuted in January, we counted at least 80 of these so-called startup unicorns. Today, there are more than 138.

The French-based company connects riders with drivers who are traveling long distances and have empty seats in their car. The service reduces the price of travel for drivers, who would typically bear the brunt of gas and toll expenses on their own; and passengers, who would otherwise have to pay for expensive rail or air travel. The company’s concept has been described as “RyanAir for the road” or “hitchhiking for the 21st century.”

BlaBlaCar launched in France and has since expanded throughout Europe, mainly through acquisitions. The company has acquired eight ride-sharing and carpooling companies since its inception in 2006. In April 2015 it acquired German-based carpooling.com, then the world’s second-largest ride-sharing service. BlaBlaCar has more than 20 million members and operates in 19 countries: Benelux (Belgium, Netherlands and Luxembourg), Croatia, France, Germany, Hungary, India, Italy, Mexico, Poland, Portugal, Romania, Russia, Serbia, Spain, Turkey, Ukraine and the United Kingdom.

In the past year, BlaBlaCar has focused on expanding beyond Europe and in emerging markets such as Turkey, India, and Mexico.

“In Europe, we’ve been deploying a new way to travel,” Brusson told Fortune. “It’s been in countries that always have numerous options; they have rail, bus, even their own car, there have always been other solutions. In India and Russia, and to some extent in Turkey and Mexico, the infrastructure is quite insufficient.”

For example, in India it’s nearly impossible to get a rail ticket. BlaBlaCar has a partnership with the Indian railway to pick up demand.

“We’re solving completely different problems in these countries, which is the lack of infrastructure in area with high demand for travel, which is very different from Europe,” Brusson says. “We had thought there would be demand, but didn’t realize how quickly it would take over. We now know we can accelerate much faster in these markets.”

BlaBlaCar hopes to expand into Brazil by December 2015, and eventually into other Latin American countries such as Argentina, Chile, and Colombia, Brusson says, although he is quick to add that the company hasn’t decided specifically which countries will follow. Asia will come next, he says.

The company will evaluate China as a separate market and see if it makes sense to expand there, Brusson says. He says it will definitely launch in other markets in Asia such as Japan, Korea, Indonesia, and Thailand. He anticipates investing in a couple of these Asian markets in 2016.

Meanwhile, the United States is not on the company’s short-term horizon. Brusson says the market dynamics are less compelling in the U.S., where gas prices are comparatively lower than in other countries and culturally there’s less acceptance for ride-sharing. However, Brusson sees a shift toward a more sharing economy in the U.S., and says certain markets such as the Northeast, where train and air travel is common and expensive, as an area that makes sense.