Europe’s migrant crisis: what the EU is forgetting 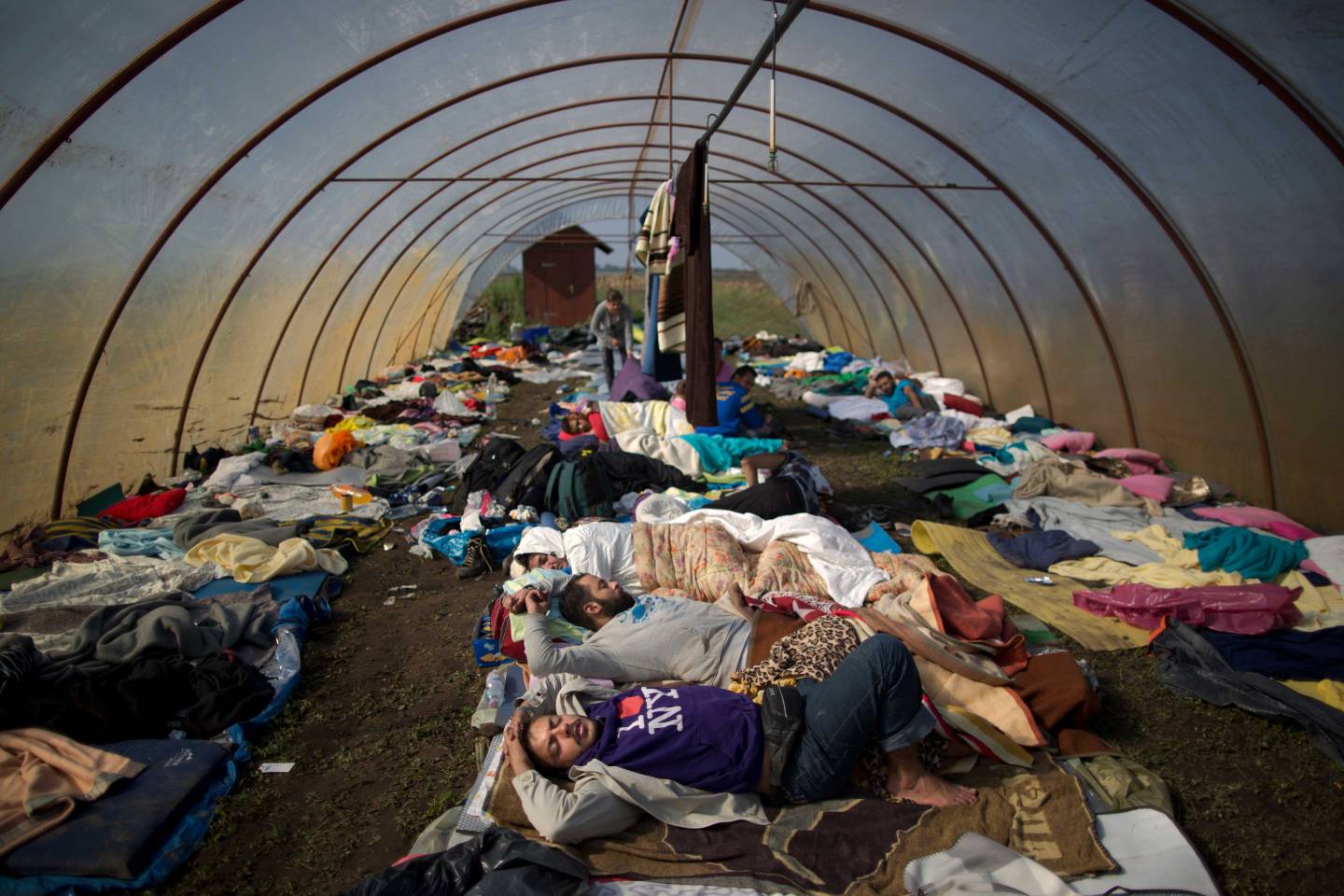 Syrian people sleep inside a greenhouse at a makeshift camp for asylum seekers near Roszke, southern Hungary, Sunday, Sept. 13, 2015. Hundreds of thousands of Syrian refugees and others are still making their way slowly across Europe, seeking shelter where they can, taking a bus or a train where one is available, walking where it isn't. (AP Photo/Muhammed Muheisen)
Photograph by Muhammed Muheisen — AP

While European leaders publicly fret about installing quotas over the influx of migrants seeking asylum into Greece, Italy and other European Union nations, very little has been done to make sure that those who are given asylum are well received in the countries to which they attempt to migrate.

Discussion about meeting the refugees’ complex health needs, especially their long-term needs, has been particularly lacking.

Providing food and shelter for migrant children and adults is only the first step. The Refugee Health Technical Assistance Center breaks down the refugee experience into three stages—preflight, flight, and resettlement—each of which involves potentially traumatic experiences with serious consequences for health.

For example, the pre-flight experiences of Syrian refugees may include air bombardments, shelling, witnessing shootings, harassment by militias, and death of loved ones. The conditions of flight itself have been harshly visible in the global press – barely seaworthy boats thronged with people, desperate families crowded into railroad stations, phalanxes of police chasing down those who flee. Ongoing trauma, such as uncertain access to food and water and poor living accommodation, can continue in settlement camps. The health consequences of all of these experiences can persist for years.

That’s why, while addressing the immediate problems of mass migration, officials should also be looking to the long-term well-being of these millions of men, women and children driven from their homes. About 59.5 million people are currently forcibly displaced worldwide, the UN Refugee Agency (UNHCR) estimates. Conflict and persecution force 42,500 persons each day to seek protection either within their countries or in other countries. By the end of 2014, there were 19.5 million refugees throughout the world.

Refugees, like other vulnerable populations, carry a substantial burden of disease, research shows. Iraqi refugees, for example, suffer inordinately from diabetes, hypertension and malnutrition. Among Iraqis who have lived in the U.S. for up to three years, 60% have reported a chronic health condition. In many countries, women and girl refugees are at heightened risk for sexual and domestic violence. In all migrant populations, mental health is a significant concern, with the International Rescue Committee reporting a high prevalence of depression, anxiety, and post-traumatic stress disorder (PTSD) among refugees.

Research also shows that the most important determinant of long-term well-being is the integration of refugees into the new country’s health and social system. In a 2011 Lancet study, Oxford University researchers found that social supports and stable settlement in high-income host countries had the potential to improve psychological functioning and to mitigate exposure to violence among children. This represents a sharply different approach than that being taken by Hungary, for example, which has been sequestering refugees and creating separate, often inadequate systems to even meet basic refugee needs.

While other European countries take tentative steps towards creating better ways of integrating refugees, countries such as New Zealand, where the government has adopted a resettlement strategy with a stated goal of maintaining refugees’ health and wellbeing through existing systems, have been leaders in the area.

Encouragingly, there has been a shift in the past few years in international refugee policies in favor of integrating refugees into the health systems of their host countries, rather than creating parallel, often substandard systems. The UN Refugee Agency (UNHCR) policy on alternatives to camps calls for enabling refugees to live in communities lawfully and without harassment. A separate UNHCR policy on refugee protection in urban areas calls for monitoring the health status of refugees and ensuring that they can access public services, including health care and education, at limited or no cost.

Admittedly, the integration is harder to achieve in low-income countries, many of which are struggling to provide effective health systems for their native residents. But pouring resources into parallel systems that address only short-term housing and social needs is not the answer. Expanding existing health and social supports to allow refugees a chance at integration into the communities they are joining is critical to ensuring that they can resume full function and make meaningful contributions in their new environment.

Sandro Galea is a professor and dean of the School of Public Health at Boston University. Follow him @sandrogalea