Why paying more for your router is now a must 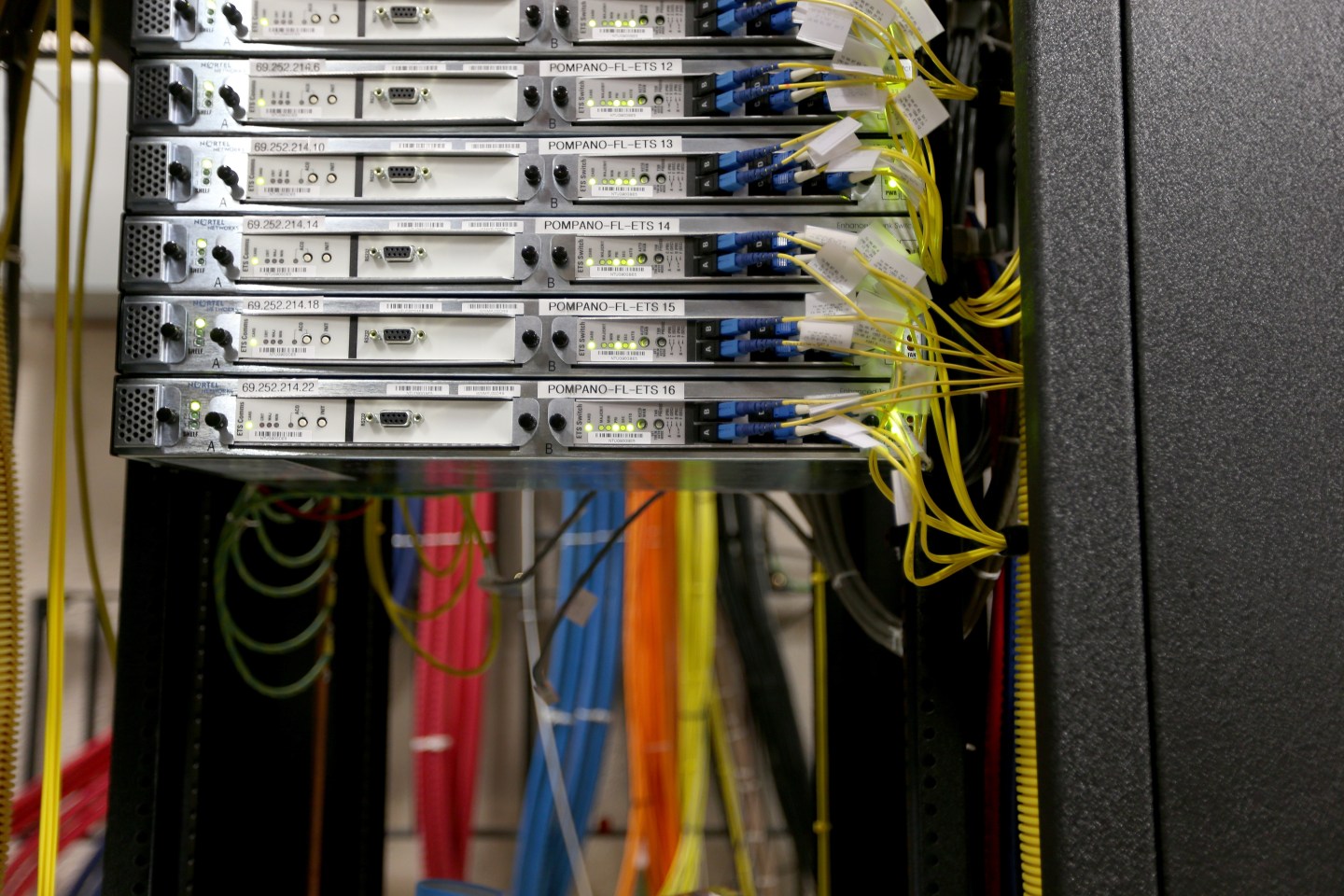 Cables and routers are seen at a Comcast distribution center where the Comcast regional video, high speed data and voice are piped out to customers on February 13, 2014 in Pompano Beach, Florida.
Photograph by Joe Raedle — Getty Images

The humble router—that rat’s nest of cords gathering dust next to your modem—is now more important than ever.

In recent years, the number of devices that connect to a wireless network in the average household has skyrocketed. In the coming years, your router might handle traffic for smartwatches, a Nest thermostat, Amazon Echo, 4K television, and countless new smart home devices that haven’t even hit the market yet.

Meanwhile, certain wireless technologies, like voice over IP, which uses your Internet connection to make phone calls, require routers that are properly configured, or the experience can be less than optimal.

In the future, consumers will need a powerful router to handle all those devices. While there are several factors that contribute to optimal network performance, generally, the latest generation of high-end routers—which use a new technology called Multi-User Multiple-Input Multiple-Output (MU-MIMO) to handle multiple devices—are designed to facilitate better connections.

“Since the number of devices tethered to the wireless network within the home are on the rise, consumers are judging their Internet connection by the performance of the Wi-Fi network,” says IHS Technology senior analyst John Kendall. If you’ve got a fast connection, like fiber, your Wi-Fi network—powered by your dusty router—might be to blame for your poor Netflix performance.

This might be why last month Google launched the OnHub, a cylindrical router made by TP-Link that costs $200, which places it squarely in the high-end price range for home routers. The OnHub is also future-proofed with 13 antennas for smart home technologies like Bluetooth ZigBee, which also help take strain off a Wi-Fi network. The whole package is easy to use and configure through an app, even for people who don’t know what an IP address is, the company says.

Surprisingly, OnHub wasn’t developed by Google’s advanced product division or Nest—its smart home appliance subsidiary that it purchased in 2014. Reportedly, it came out of Google Fiber, its Internet service provider.

Here’s why: People aren’t buying routers anymore. According to research firm NPD, 6.1 million routers were sold in 2012 but only 3.1 million were sold in the same period in 2015. Instead, people get their routers from their ISP— sign up for cable Internet, and there’s a good chance your provider will offer a wireless router for free or a deposit. According to research from IHS, 66% of households got one from their ISP in 2014, and that figure could be as high as 90% by 2019.

If router sales are plunging then it’s going to be a hard sell to get a family to shell out $200 for an OnHub, even if it’ll make all their other pricey gadgets work better. But ISPs have a powerful incentive to upgrade your router because their Internet connection will get blamed, even if it’s the router’s fault. Google hasn’t announced that it’ll bundle the OnHub with its Fiber service, but it’s the logical move.

“Market forces have already put the pressure on ISPs to provide higher performance hardware. As more devices attach to a home network, the potential for problems increases exponentially,” Kendall says.

Google says that other manufacturers, like Asus, will make their own OnHub-style routers soon, but it hasn’t been waiting in the meantime. Last week, Asus launched the RT-AC5300, which could be the most powerful consumer router on the market. Asus says the multi-user MIMO-equipped router is designed for gaming, 4K streaming, and the smarthome. It doesn’t support emerging wireless protocols like the OnHub does, but it should pump Wi-Fi to a large number of devices with aplomb.

CNET expects it to be the first of a new tier of high-end routers from other vendors.

If you’ve ever had to wait for the cable guy to fix your services, then you know it’s probably not worth waiting for your Internet provider to voluntarily upgrade your home network.