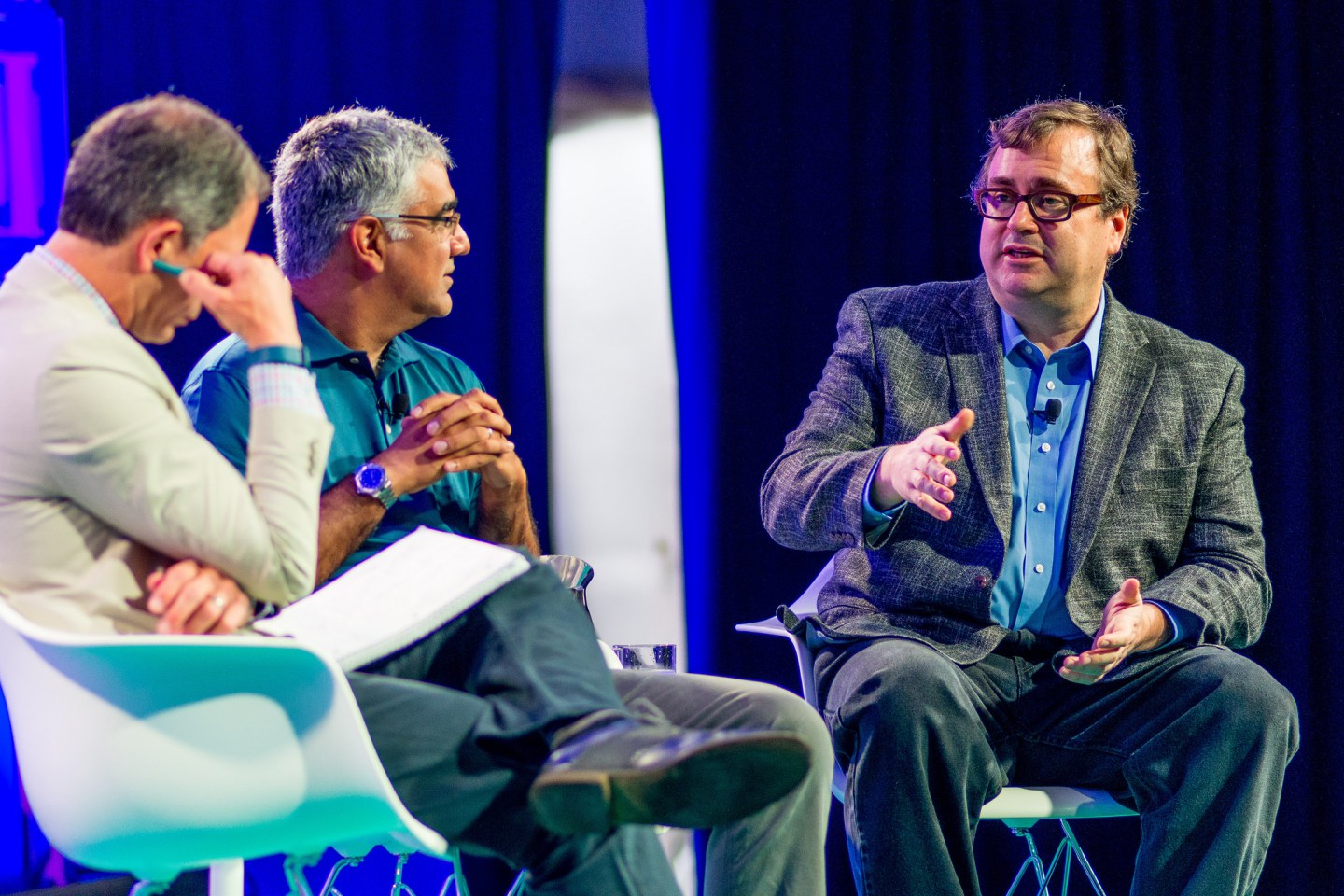 Venture capitalist and Greylock partner Reid Hoffman has either founded or invested in most of Silicon Valley’s fastest growing companies, including LinkedIn (LNKD) and Facebook (FB). Hoffman’s next venture will be teaching Stanford students the art of creating what he calls “scale-ups,” which are technology companies that have been able to grow at lightning speed.

As Hoffman and Lilly both explained, Silicon Valley has been able to produce so many successful startups because these companies can grow fast when it comes to customers, users, and revenue. But building these companies requires more than just creating a mobile app and raising money from venture capitalists, they said.

“The secret to Silicon Valley is not startups, but scale-ups,” Hoffman said. “We want to teach entrepreneurs how to scale.”

Hoffman points to Mark Zuckerberg, who he backed when Facebook was only worth $5 million, and who was able to take Facebook from “garage startup” to the world’s most popular Internet service in just six years. Hoffman, Lilly, and the rest of the team want to be able to teach the future Zuckerbergs of the world how to grow like Facebook did. Topics of discussion will include everything from how to deal with competition to how much money to raise to how to expand to international markets.

The curriculum of the class will be organized by each stage of startup growth. The class will start at “household” startups, meaning the proverbial one man or garage startup. It will then move on to how to grow “village” companies, or startups under 50 people, and will eventually end at “nation” startups, which have thousands of employees and millions of users. Guest speakers will be brought in who have experience with each type of stage of growth. Speakers include Y Combinator president Sam Altman, Theranos CEO and founder Elizabeth Holmes, LinkedIn CEO Jeff Weiner, and SurveyMonkey COO Selina Tobaccowala.

Hoffman and Lilly both explain that the class is a natural sequel to Y Combinator and Altman’s Stanford startup class, which aimed to teach budding entrepreneurs how to found a technology company. Hoffman said that this class differs from Altman’s class in that blitz-scaling is focused on teaching skills necessary for founders after a company has been created.

One could argue that Zuckerberg or Google founders Sergey Brin and Larry Page didn’t need a Stanford class to grow an idea into a massive company. Hoffman and Lily both agreed, but also see the class as a way to give future entrepreneurs a glimpse of what to avoid when creating a company, or how to recognize certain patterns when trying to grow a customer base.

Another area the course will ultimately have to address is the downside of scale. While many companies have become unicorns (meaning they have have reached a $1 billion-plus valuation) over the past few years, a number of these companies have had a tougher time surviving despite the growth in value. As Fortune’s Erin Griffith reported recently, some venture funds have lists of these dying unicorns, which includes Gilt Groupe and Jawbone.

To hear more about Hoffman’s view of unicorns and the bubble, watch this video: