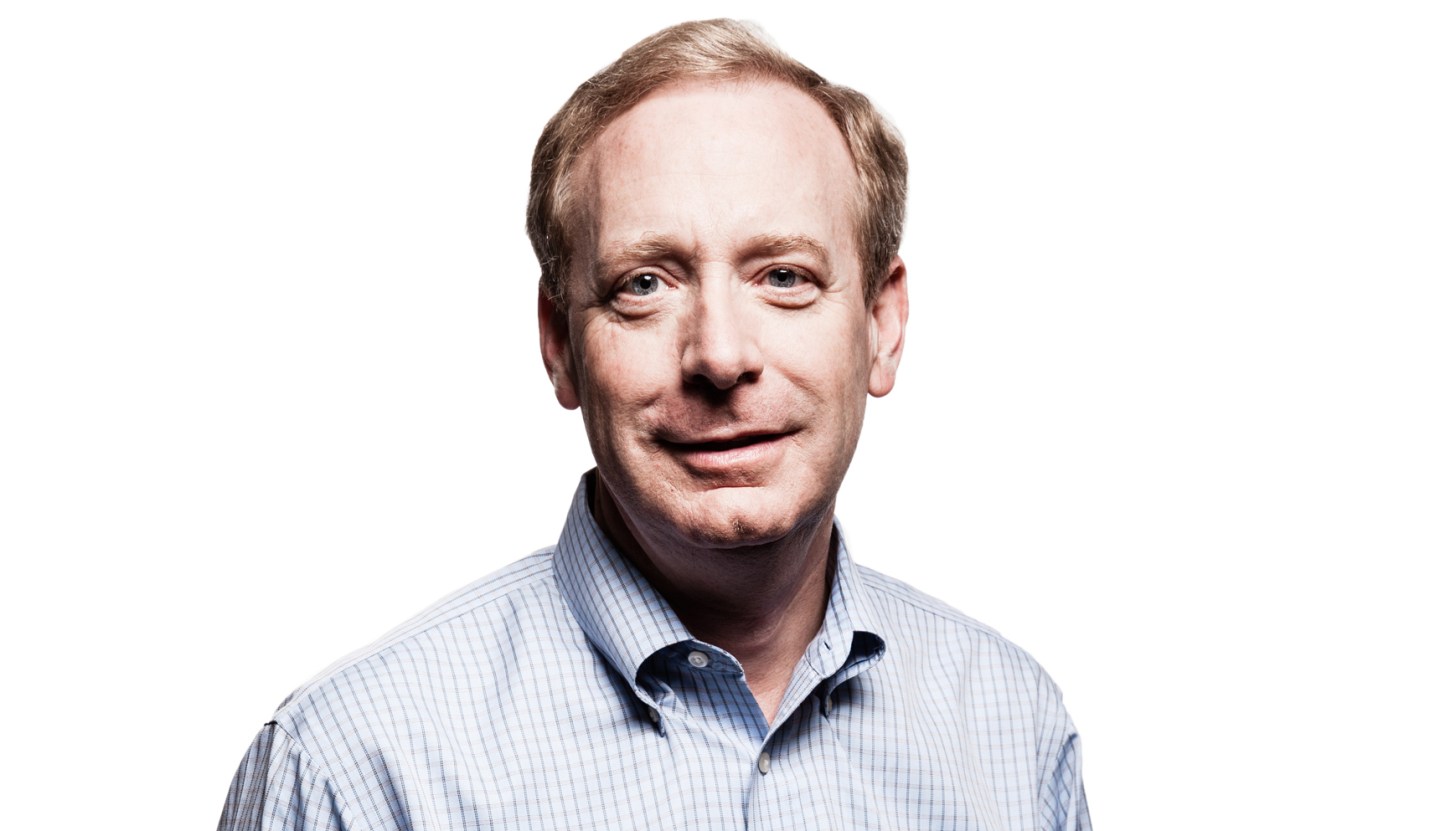 In his many years at Microsoft, Brad Smith has seen a lot.

A former partner at Covington & Burling, Smith joined the company (MSFT) in 1993, back when it was still working on a project code-named “Chicago” that would eventually become a household name: Windows 95.

In those years, Microsoft was ascendant and highly competitive. Smith had his work cut out for him. Microsoft, led by Bill Gates, would soon find itself mired in an antitrust lawsuit with the U.S. Justice Department focused on how Microsoft attained dominance—at the time, more than 80% market share for PCs—in operating system software. A few years later, Microsoft was back in court for similar claims, this time pertaining to its bundling of its Internet Explorer web browser with Windows. By the time Steve Ballmer was named CEO, replacing Gates at the turn of the millennium, the company found itself fighting multiple legal battles. Ballmer managed to settle most of them by 2005.

Smith, who was named the company’s general counsel in 2002, was right there alongside Ballmer, overseeing the negotiations. He spent three years leading its Legal and Corporate Affairs (LCA) team in Europe and five years as deputy general counsel. His tenure at Microsoft is marked by major competition law and intellectual property decisions that have shifted the trajectory of the technology industry, intellectual property acquisitions that still pay dividends for the company, and battles over software piracy and other cybersecurity concerns that continue unabated. His latest project? Establish the legal foundations for “the cloud,” a.k.a. cloud computing, in which a person or company’s data is stored in a distributed manner on Microsoft-operated servers.

In 2007, Fortune’s own Roger Parloff wrote that Smith was “a polished, thoughtful, and credible advocate whom some have described as the face of the kinder, gentler, post-monopoly Microsoft.” In a face-to-face interview at the company’s Redmond, Wash. headquarters, Smith projected “intensity, determination, a hint of Ivy League hauteur, and ambition,” Parloff wrote. (Read the rest in “Microsoft Takes On The Free World” from the May 28, 2007 issue of Fortune magazine.)

On Friday, Microsoft CEO Satya Nadella promoted Smith to president of Microsoft, a role that hasn’t existed since 2002, when Richard “Rick” Belluzzo occupied it. In addition to his usual legal duties—he’s now also chief legal officer—Smith will be responsible for “privacy, security, accessibility, environmental sustainability and digital inclusion,” Nadella wrote in the announcement of the change. “He also leads a team of business, legal, and corporate affairs professionals spanning 55 countries. These teams are responsible for the company’s legal work, its intellectual property portfolio, patent licensing business, and the company’s government affairs, public policy, corporate citizenship and social responsibility work.”

He will continue to report to Nadella.

Smith’s promotion is only the latest in a series of major moves by Microsoft’s CEO to overhaul its senior management team. Earlier this summer, Microsoft bid adieu to veteran and former Nokia CEO Stephen Elop, business applications chief Kirill Tatarinov, longtime executive Eric Rudder, and politico Mark Penn. Meanwhile Terry Myerson and Scott Guthrie took on new responsibilities as Nadella made strides toward an agenda he outlined in June.

For more on Microsoft’s transformation, watch this clip from our weekly live show, Fortune Live: