Italians rally to save ‘ghost village’ with a population of 10 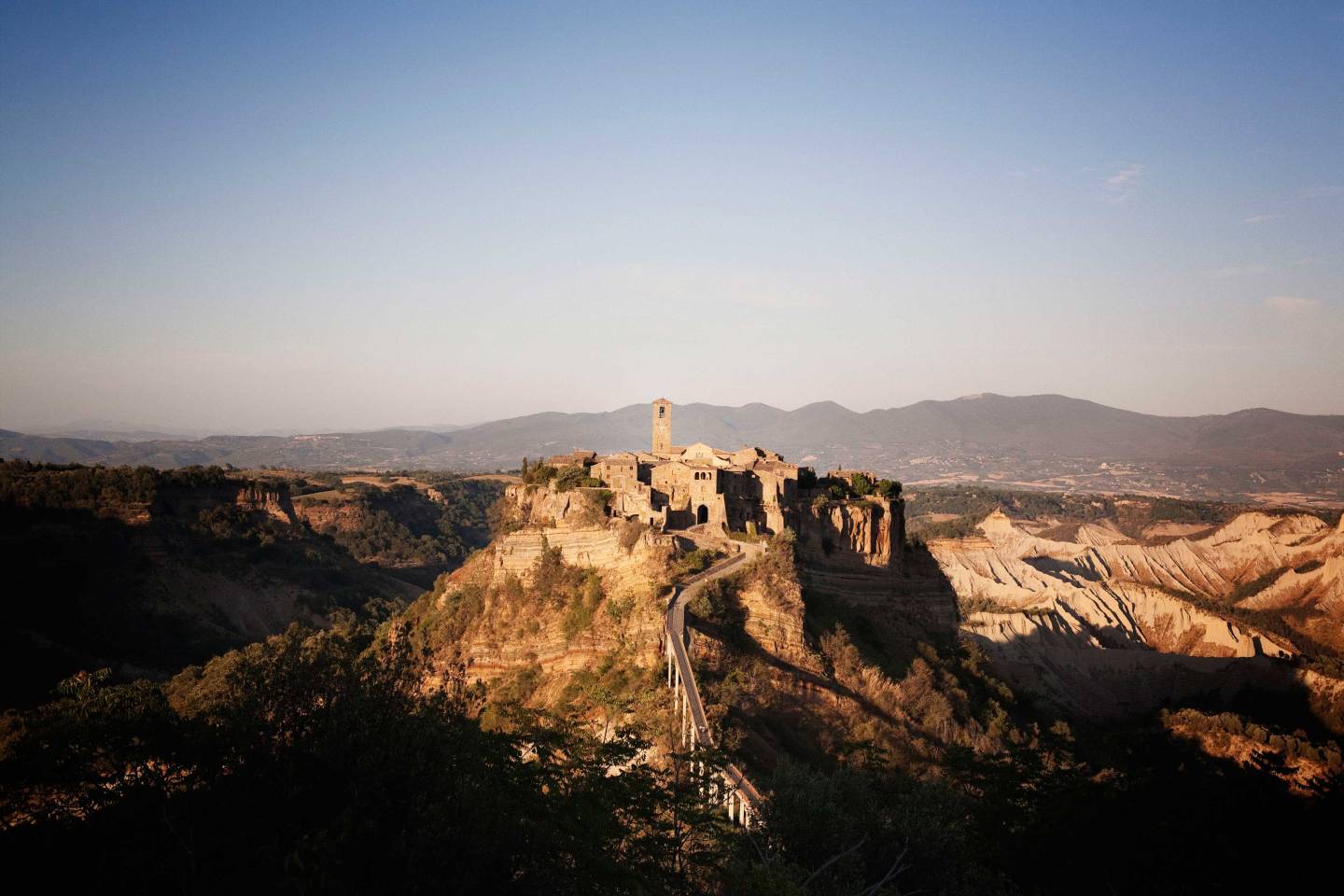 Not many people would dispute the jaw-dropping beauty of Italy’s Civita di Bagnoregio village. The Medieval settlement 74 miles north of Rome has a population of just 10 people, who live amid twisting stone paths and centuries-old houses that are perched atop sheer cliffs overlooking deep ravines to the sea beyond. And if that were not enough, one detail separates it from almost every other town: It is reachable only by way of a footbridge suspended at great height over the valley.

“We can say this place is really astonishing,” Alessio Pagliara, who runs the village tourism office, tells Fortune. “It is 1,200 years old, very well preserved, and it has a panoramic view.”

Yet all that might not be enough to save the tiny gem that has been dubbed “the dying city.” Built on volcanic ash, the original Etruscan residents chose to build hilltop villages in Italy, in order to escape the malaria-ridden lowlands. But 21st-century Civita di Bagnoregio faces bigger perils: Landslides and rockfalls that could render it uninhabitable forever. “Every year is different from the next,” says Pagliara, who is bracing for whatever disaster this coming winter might bring. “Any year could be very damaging.”

Now Italians have begun campaigning to save the village from being lost forever. After a landslide last May, local authorities petitioned the U.N.’s cultural organization UNESCO to add it to its global list of World Heritage sites. The president of the local Lazio region, Nicola Zingaretti, argued that the village “is one of the most beautiful places in the world,” well worth preserving for future generations. Thousands of Italians signed the petition, including several famous cultural figures like the filmmaker Bernardo Bertolucci and the playwright Dario Fo, and the former Italian president Giorgio Napoletano. The World Heritage designation would ensure a continued flow of funds to the village to reinforce its foundations and ensure its conservation, and it would almost certainly put it more firmly on tourist itineraries.

Yet winning that status is far from certain. And even if Civita di Bagnoregio makes it on to the list, the decision could take years to come.

Locals cannot afford to wait. In 2013 they began charging visitors €1.50 (about $1.67) to enter the village, helping it to raise maintenance funds. Pagliara says about 43,000 people visited in August, with tour guides running day trips from Rome. And in early September, Lazio president Zangaretti told reporters that the region was investing €1.2 million (about $1.34 million) to protect the village against landslides, which she said “threatens its very survival.” In the meantime, Pagliara describes it as “a ghost town in the middle of nowhere.”

In that, Civita di Bagnoregio is far from unique. Italy has a dizzying 20,000 or so ghost villages, whose inhabitants have steadily upped and left over the centuries, driven out by the lack of water and electricity, or by earthquakes and floods—as well by a large exodus of émigrés to the U.S. during the last century. Add to that Italy’s low birth rate, along with people, especially youths, tendency to move to urban areas to work or study. Left behind are countless gems, villages whose stone houses, tiny cafés and 13th-century churches capture the finest artisanry of a bygone Italy.

With the country still emerging from recession and the European economic crisis, officials are hunting for a fresh infusion of people—foreigners in search of Italian vacation homes, or those keen to reconnect with their Italian ancestry—to take over crumbling old houses and breathe life into their communities.

The price? Close to free. Take, for example, Gangi, a Sicilian village whose population has halved to 7,000 over the past 60 years. Earlier this year Gangi’s officials put several houses on the market for €1 each—less than a cup of coffee in a café in Rome. The offer came with the condition that buyers repair the houses within four years.

One would-be buyer from Australia told a journalist that when she arrived in Gangi she discovered that the houses available “were all terrible and needed to be knocked down and rebuilt,” and that permits for renovating one of the houses cost about $17,000. For those who prefer to avoid the headaches of an extreme fixer-upper, habitable houses in Gangi are on offer for prices that seem ludicrously low by European standards. This month’s listings include a four-bedroom house for €75,000, with”panoramic views” of the Sicilian countryside from its two balconies, according to the realtor’s listing.

Indeed, there is plenty of choice all over Italy—and if you want the whole village, that is possible too.

In 2012 a Medieval village in Tuscany put itself on sale on eBay for €2.5 million (about $3 million at the time), offering all 25 of its stone houses and eight acres of grazing land. And last year, the good folk of Borgata Calsazio, a village set in the foothills of the Gran Paradiso mountain in the Italian Alps auctioned its 14 houses on eBay too, for a piddling €245,000 (about $268,000). Under the category “condition” in the eBay listing, the sellers describe the village—with great understatement—as “used.”

Competing with Alpine peaks and Tuscan scenery will not be easy for the handful of people still living in Civita di Bagnoregio. The town’s celebrity survival campaign has not yet assured it a future. “In the last year some people have come from abroad to buy some houses,” says the local tourist official Pagliara. “Houses are easy to find,” he says. “But of course, they are in bad condition.”