China is hosting a big meeting of American tech execs 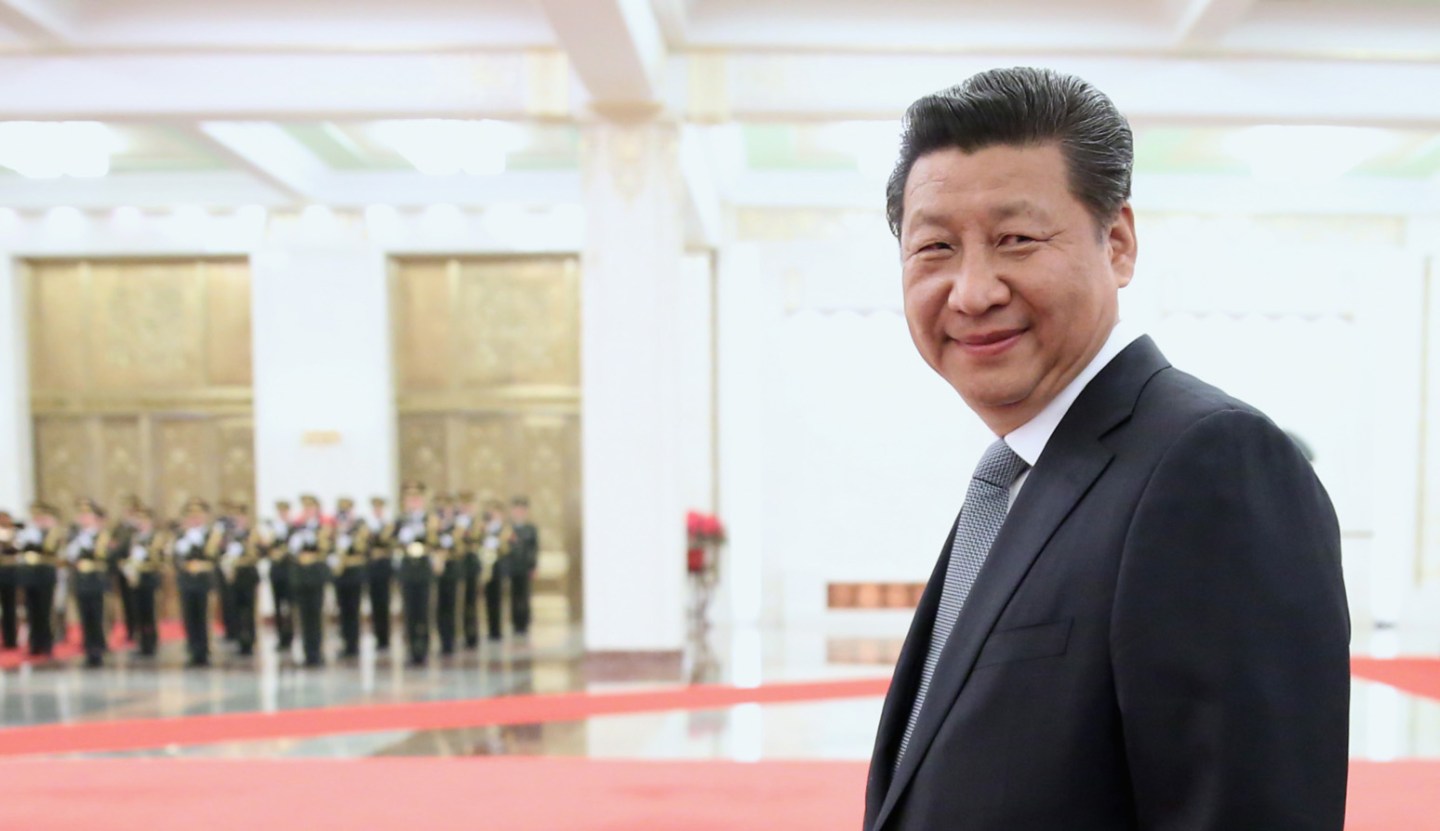 Xi Jinping is coming to Washington.

The president of China is set to make his first state visit to the U.S., to meet with President Obama, later this month. And while he’s here, he’s making the most of his time by organizing a high-profile tech gathering, The New York Times reports.

The meeting will take place in Seattle—Jinping will be there for an already-scheduled meeting with Bill Gates—and will feature Lu Wei, who is in charge of Internet policy and cybersecurity for China. Chinese invitees include Jack Ma, CEO of Alibaba, and Robin Li, CEO of Baidu. American executives from Apple, Google, IBM, Facebook, and Uber were also invited. Microsoft will co-host the event, which is being called the U.S.-China Internet Industry Forum.

It’s clear why American executives would want some time with the Chinese leadership. China is an increasingly important market, but government policies regarding censorship and other factors make it difficult for foreign firms to do business there.

But according to the Times, Obama is none too pleased about the meeting, which is being seen as “veering off the script agreed to for Mr. Xi’s carefully stage-managed visit” and which may “undercut President Obama’s stern line on China by portraying its leadership as constructively engaging American companies about doing business in China, even as the administration suggests American companies are hurt by anticompetitive Chinese practices.”

Indeed, some politicians have already voiced opposition for the state visit in the first place. Republican presidential candidate Scott Walker, to cite one example, has urged the president to cancel the whole thing.