Amazon is killing off the Fire Phone 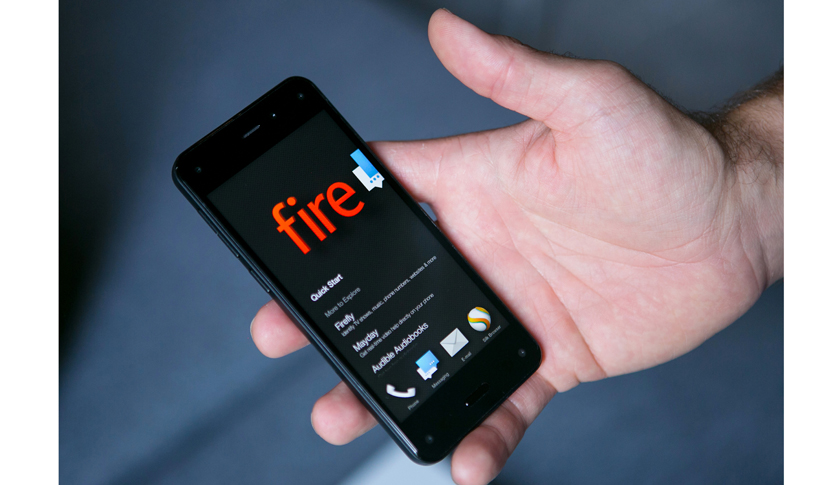 A man holds the new Fire smartphone by Amazon.com Inc. during demonstration at a a news conference in Berlin, Germany, on Monday, Sept. 8, 2014. Amazon.com Inc., the worlds largest online retailer, will start selling its Fire phone in Germany and the U.K. in an effort to win a bigger slice of the smartphone market and sell more services in Europe. Photographer: Krisztian Bocsi/Bloomberg via Getty Images
Photograph by Krisztian Bocsi — Bloomberg via Getty Images

While Apple was busy prepping its brand new lineup of smartphones (and other new gadgets), looks like Amazon was quietly killing off its own.

Last year, Amazon (AMZN) launched its own smartphone, the Fire Phone, in the hopes of entering the smartphone arena. Unfortunately, it hasn’t done very well at all and the company has discontinued the current and only model. Both versions, the 32GB and 64GB phones, appear to be out of stock on Amazon, and have been since August according to GeekWire.

“We sold through our inventory of the Fire phone in the U.S. and globally, and we do not plan to replenish stock at this time,” an Amazon spokesperson told Fortune via email. “We’ll continue supporting our Fire phone customers.”

In late August, the Wall Street Journal reported that Amazon was laying off dozens of employees from Lab126, its hardware products division responsible for the phone, its Kindle tablets, and the Echo.

Amazon’s move to stop producing the phone is no surprise. Despite all the buzz, it failed to become the success the company hoped. Only a few months after shipping it, Amazon admitted last October that it took a $170 million charge mostly associated with the Fire phone and related supplier costs, and $83 million worth of phone inventory surplus. While Amazon blamed the phone’s flop on badly pricing the device, some in the industry pinned the failure on the phone’s concept. Unlike competitors, the Fire Phone is designed around Amazon’s own services instead of allowing for the owner’s preferences to be integrated and supported. It had a relatively small number of apps and its biggest selling point was how easy it made Amazon shopping.

With that said, it’s still unclear if Amazon plans to replace it with a new smartphone. A spokesperson declined to comment on the company’s product roadmap, but it could still be possible despite the first one’s flop.